materials that arrived. As you’ll see, I turned the PG rated maple hardwood into an R-rated ornament!

First, the artwork. A grey-scale JPG that I spent waaaay too long drawing. 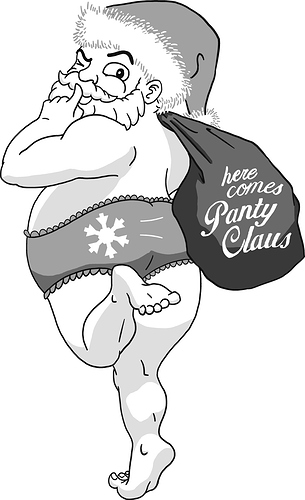 I had done a few test engrave-swatches with the greys in the art and couldn’t get a good one, so I re-colored it using 5 greys only(above), and the black linework lightened just a bit. None of it was satisfactory so I just went with 3D ENGRAVE - one default(B) and one turned to Manual(A) and I changed the power to 90%. 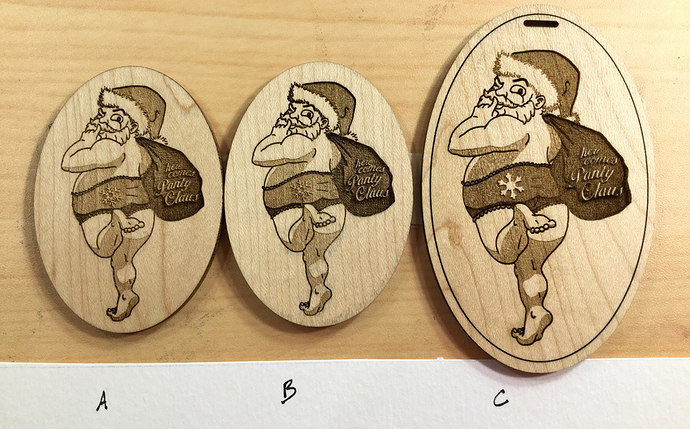 Tragedy struck when I attempted the first FULL SIZE FINAL GO. I uploaded the final file with all cuts & scores to make the oval and for unknown reasons, the file turned 8-bit. Worse, the laser at 90% power didn’t puncture all the way through the finish on the wood

It just turned it white(2 pics below), so I canceled it halfway through. 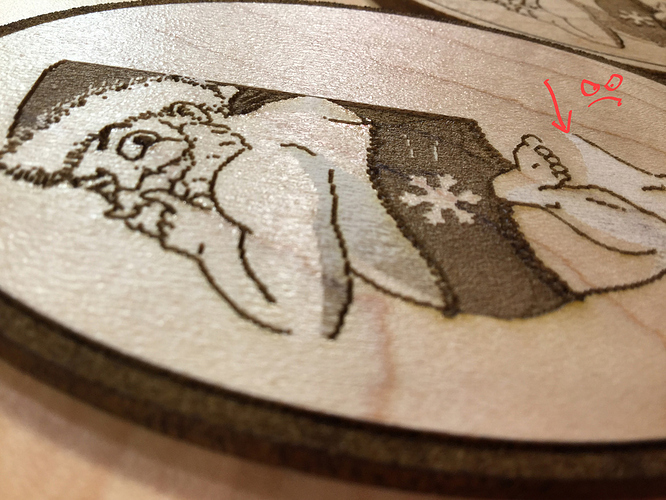 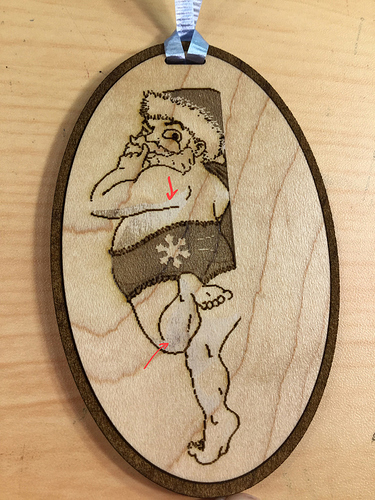 I re-saved & re-imported and re-saved a new SVG file and finally it turned out like the one shown as C way above. And below(same order as the A, B, C image way up there). I also changed the ornament on his underwear and I SHOULD have thickened up the writing on the toy sack(here comes Panty Claus).

Now that it was working, I didn’t want to jinx it, so I went ahead with the next 4 engraves. Here they are before and after cleaning with the Fast Orange that was mentioned in the forums. 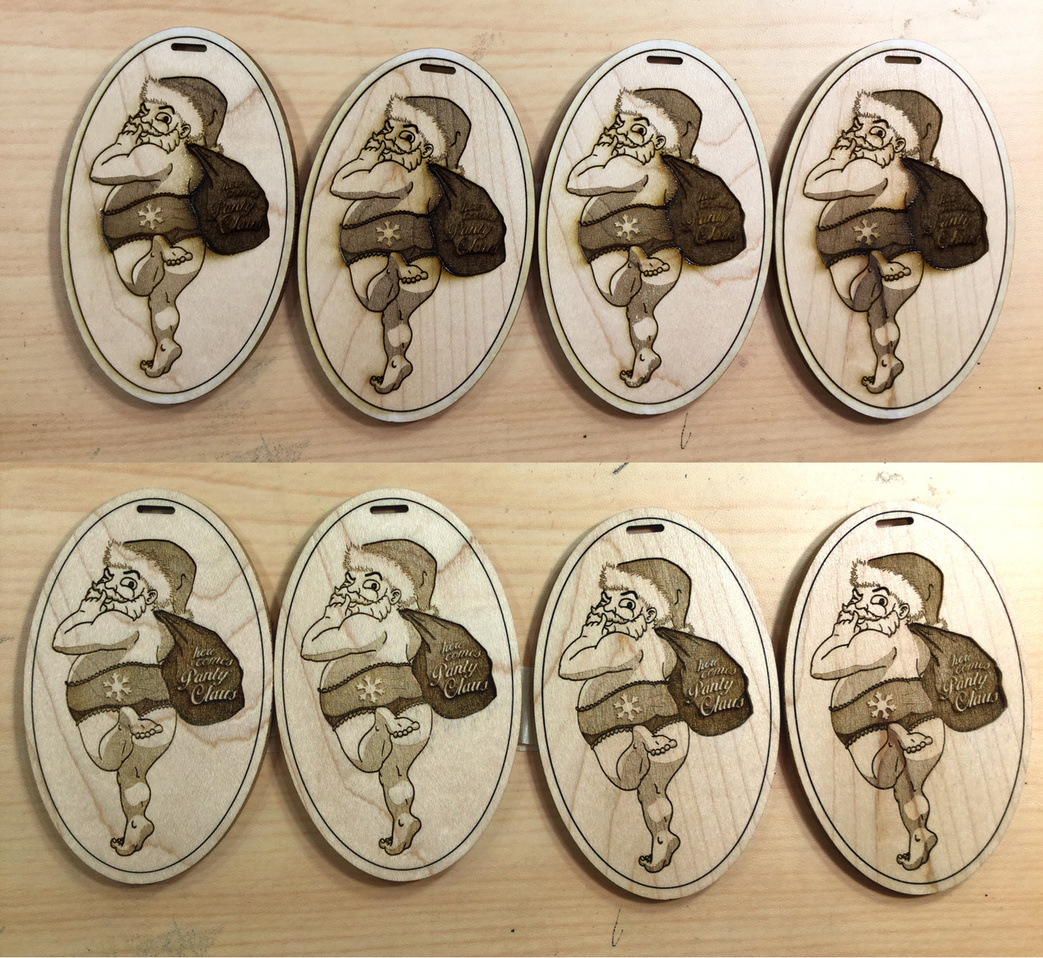 I scrubbed them all with approximately the same amount of Fast Orange, but some of them came out cleaner than others. Definitely couldn’t get it to look like the pristine clean in the images on that epilog article, though.

Thanks for looking at my doofy art & post. And thanks to everyone else who posted tips, they helped with making these silly things

Thanks for sharing your doofy art & post. It made me smile (no small feat, as I’m home sick & surly today 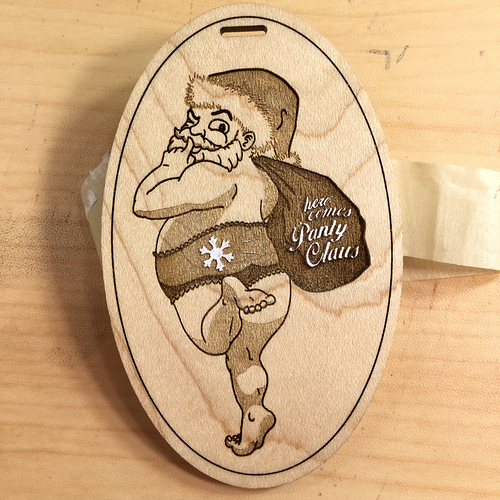 After some very gentle and careful sanding on the snowflake & the letters, I put a teeny tiny bit of paint on them to make 'em shine a bit brighter. If these go over well this weekend, the next batch I’ll fix the lettering. It just seemed to get blasted away by nearby laser pew-pews.

couldn’t get it to look like the pristine clean in the images on that epilog article, though.

Yeah, I would like to know how that was accomplished.
Often I see the char as a ‘patina’ on the engraving and prefer the way it comes out of the machine.

for that matter, how did the GF team get theirs so clean

I must say this is one of a kind. Thanks for sharing your process!

Fun project! I’m quite impressed with how clean some of those came out. I’ve also seen some people use just table salt in a bag to clean some of the char. Just put your piece in, shake it around a bit, and the salt crystals clean it up.

Fantastic! I love the way you got the different shades, and they look super with the added white touchup paint.