For those that are new to 3D, the black areas will be “carved” the deepest while white is left untouched. If you want the white part of the image to be carved out instead, use an image editor (or Inkscape, Illustrator and Affinity Designer will also do it) to invert the colors. 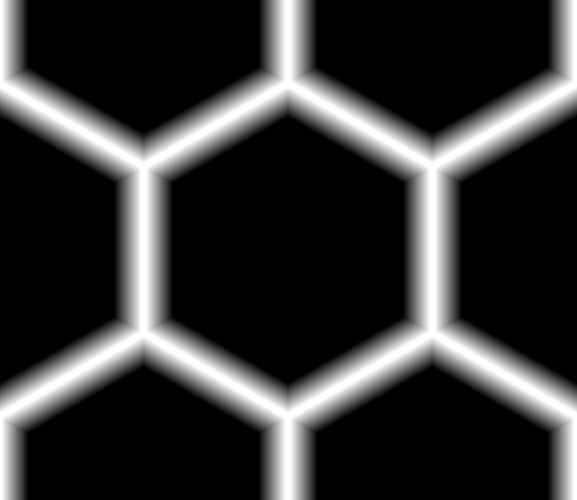 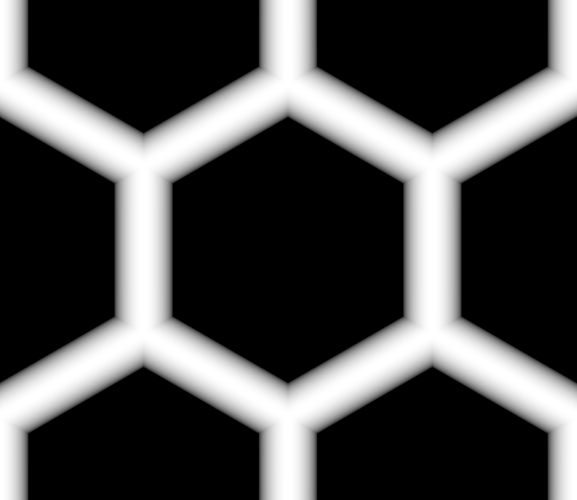 I have not run these on the GF yet, so you might be the first with feedback on it? 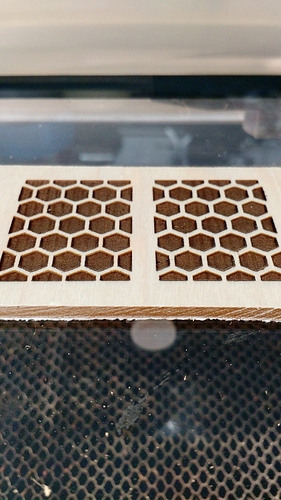 Both designs, side by side chamfered on the left. 1/8"

maple, map grey to power. Edges still pretty square, but still a great background pattern!
Here the chamfered at about half that size… 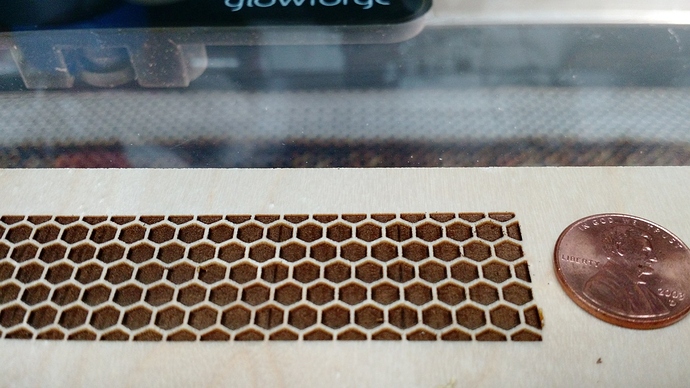 I ran the chamfered honeycomb pattern on this texture sampler, these have all been “cleared” using the Sci Grip solvent flood to reduce the frosted appearance left by the laser.

The upper right pattern is a spherical bowl etched down into the acrylic, the lower left was supposed to be pointy cones with straight sides but the detail didnt quite transfer.

All the engraving is deep enough that the smooth side of the acrylic is actually rippled because it’s nearly cut completely through. Oops. 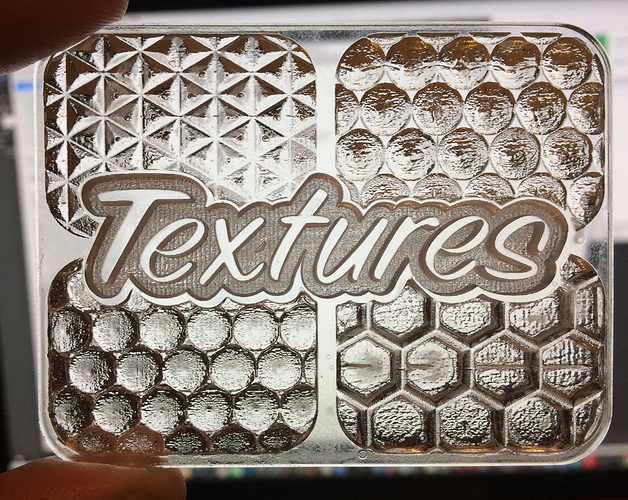 Wow, that technique really does clear up the engrave. Kind of a polish.
That chamfered edge really shows up much better than my attempt. That pattern on the upper left is cool! It came out great.

Definitely going to have to play with that chamferred honeycomb on something. Those are just fabulous!