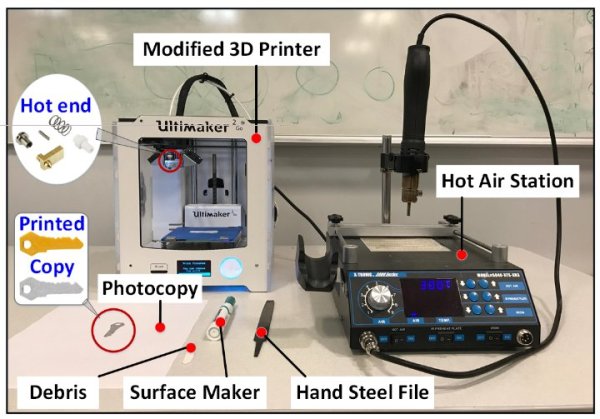 Security researchers identify "fingerprints" in 3D printed objects that can be...

Or the secret government codes in yellow ink in color printers (though that one is intentional).

OK seriously I sound like a wacko conspiracy nut, but those were real things.

Exactly why when I designed my logo, I didn’t use my own fingerprint! 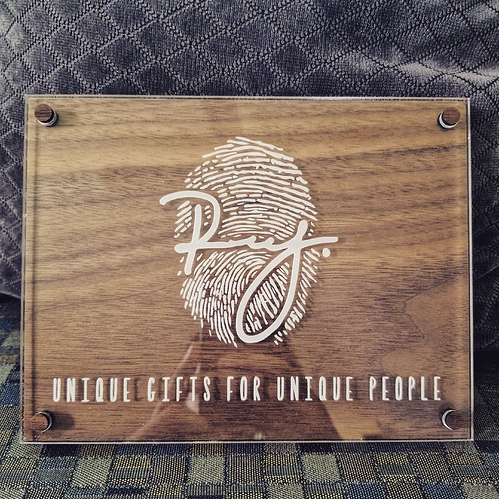 I read that article, and it’s probably somewhat useful for showing that something could have come from a particular machine. But replace the nozzle, tighten the frame or loosen the belts…

You might want to change it, I scanned it and it’s Charles Manson

That’ll just have go be our little secret

Well, there goes my next murder weapon source.

Wasn’t there a Hardy Boy story that treated this in terms of a type writer? Mechanical artifacts of systems are a thing. Would be interesting as applied to lasers.

Hardy Boys # 39: the Mystery of the Chinese Junk.

Wow. That’s a blast from the past. I remember those books as a kid.

First book I read cover to cover in one setting one night. Stayed up till four in the morning reading it. I loved the Hardy Boys in Fourth and Fifth grade. My favorites were Alfred Hitchcock’s Three Investigators and Mad Scientists Club. I credit my interesting in mechanical contraptions to this short, but amazingly fun series.

What about the Hardly boys?

Yep! And Tom Swift. That was a Maker

I’ll allege that you have a shelf of those books in your library from your youth.

Yep. Still have a bunch. Not all of the Hardy Boys though (had the complete collection) because my sister took them for her kids. I only have the dups.

Had some that were original first release ones from the 30s and then updated ones from the 50s & 60s before they fell out of favor/print. 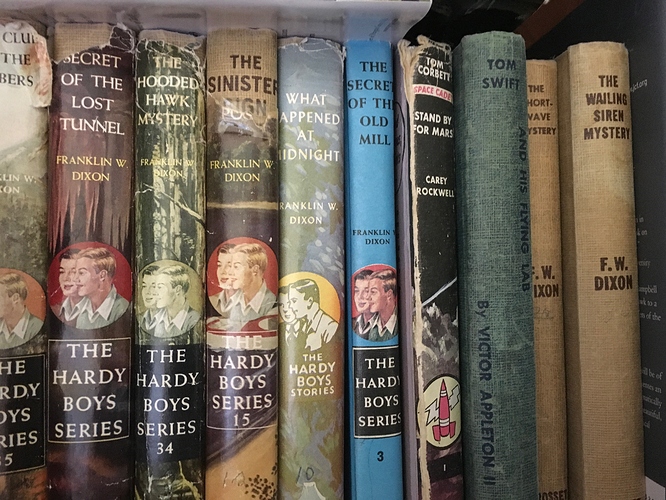 Did you ever read the original and one of the blue cover re-do ones back to back?

The Tom Swift ones were neat because some of the early ones came true by the time I was reading them in the 60s and 70s.

I did, long ago! Some interesting updates between editions.

I noticed that with the Tom Swift books. I never found as many of those as I would have liked, though.