Started with a skull STL model from thingiverse. Used 123D Make to smooth and slice as a stacked model. There was a lot of futzing to get efficient use of a limited work area. The whole skull was 30-40 8x11 cardboard pads cut on the local makerspace laser. Assembly got a little lob sided so I left it as two halves 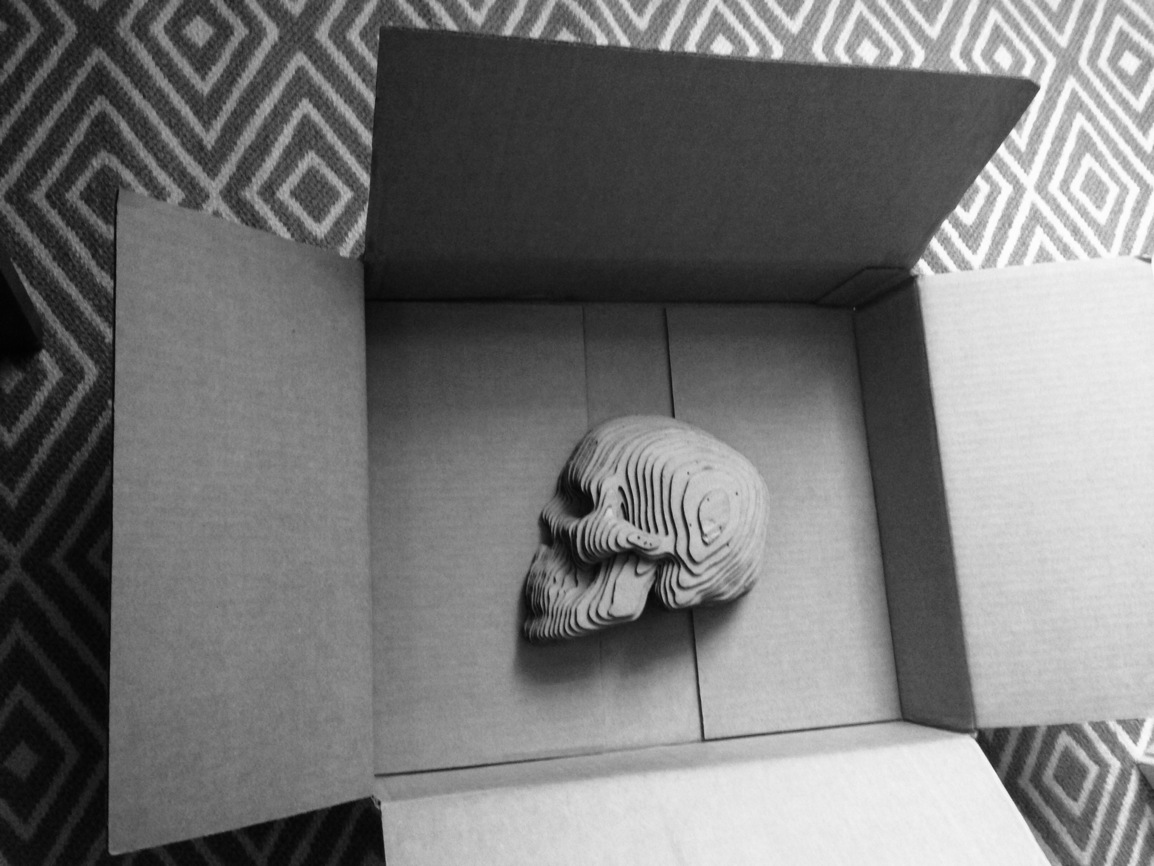 Im planning to do this similar idea… how would you best align the pieces? Etch a mark on the cardboard? Put two holes for dowels to go thru each piece? How would you make sure the holes line up?

@Cecilia I had a very similar idea as saw the last line of the original post!
I love how this forum works! Everybody posting great ideas and the community coming back so quickly with with little improvements, alternatives, and spin-off ideas.
I thought about a registration hole with a small dowel, but thought that a single such hole would allow rotation. Then though of a registration ‘rectangle’ into which you could insert a strip. Would help line-up pieces, including rotational alignment. (hope that makes sense, just woke and still on 1st cup of coffee!)

2nd thing that went through my mind when I saw the image: Schrodinger’s Skull

Etching a line on the layer beneath seems to be the solution from these two threads.

amazing! reminds me of a quote:

“Countess Judith kept her husband’s head in a box. At night it perched on the pillow by her side, at meals it sat on the board by her plate, and her household feared it almost as much as they feared her. She talked to it, they whispered among themselves, and who was to say it didn’t answer?” –Sylvian Hamilton, “The Gleemaiden”