A bland box...by another name and fake crafter

(@Jules should prepare to squeeeee.)

So several local stores have some plain wooden boxes with lids that use little magnets to help hold the lid on. As I am always looking for something to forge, I picked up some of several varying shapes when they were on sale. 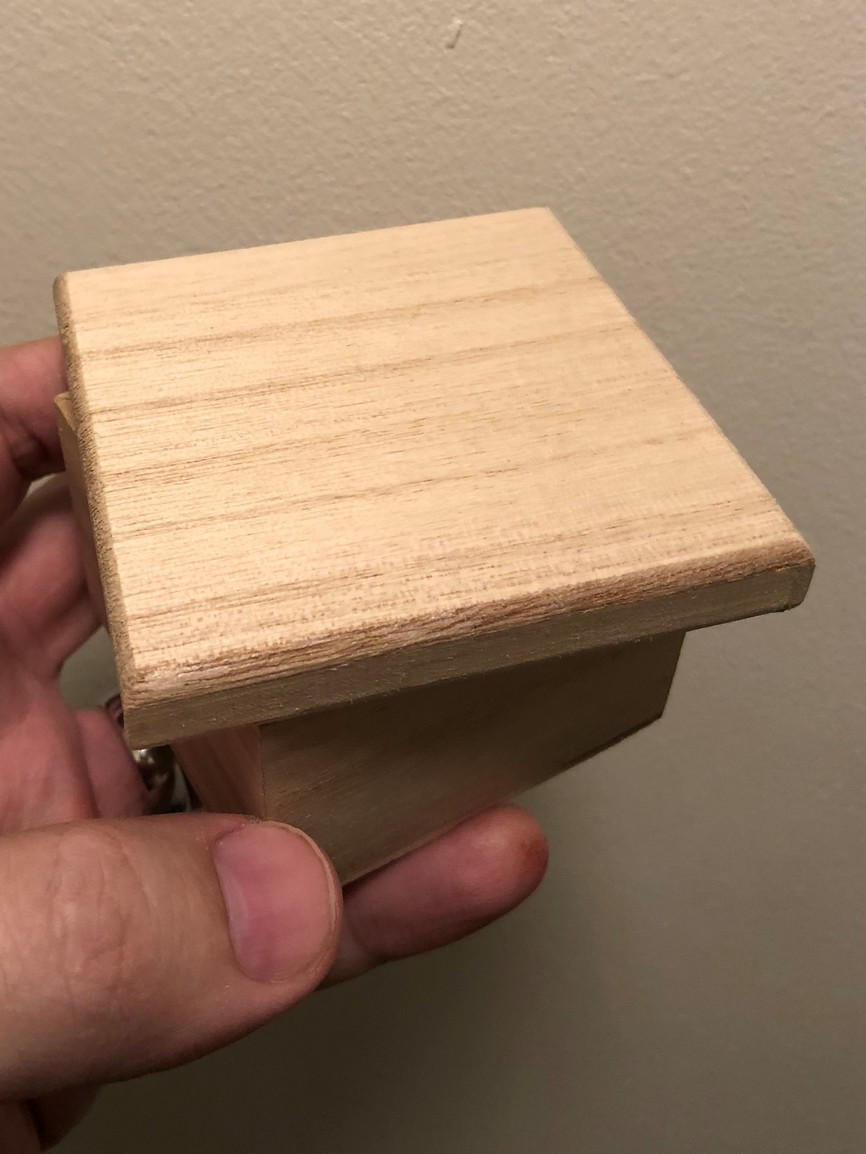 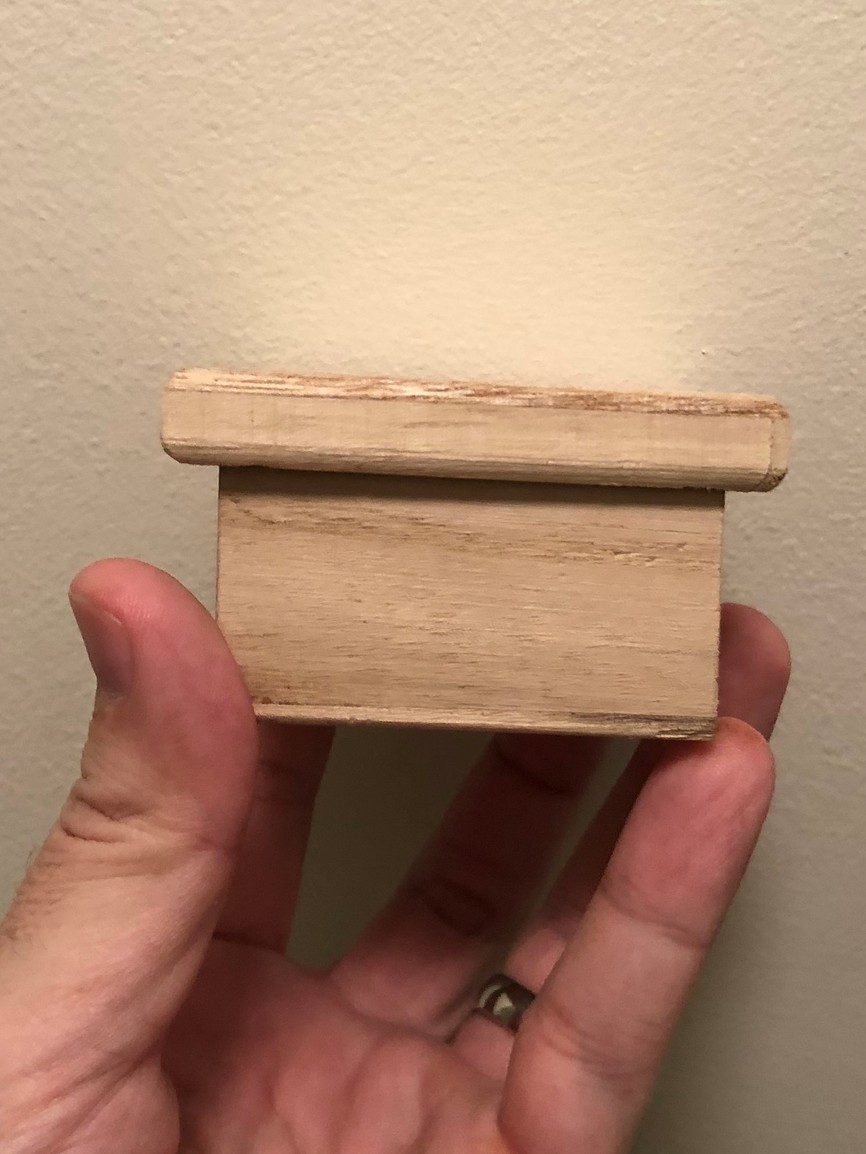 Obviously, the box is too large (sort of) to thrown in the

, but the lid fits nicely in the crumb tray. (The bottom just fit, just barely, without the crumb tray for one of the boxes I played with.)

So, I had several boxes of 3-4 different shapes, but I needed some inspiration for what to do with them. 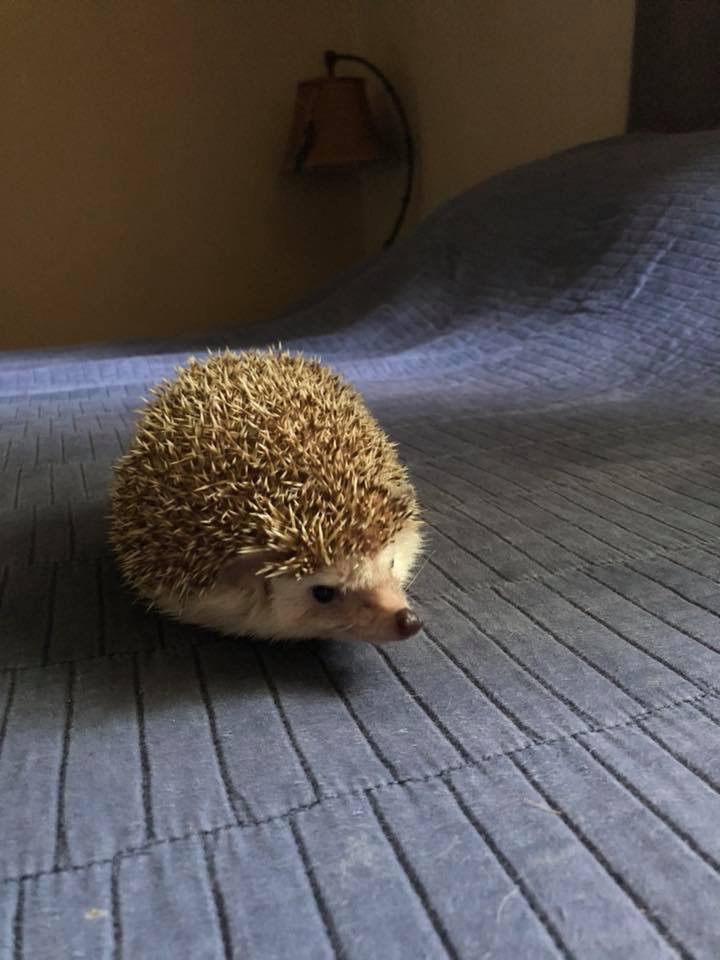 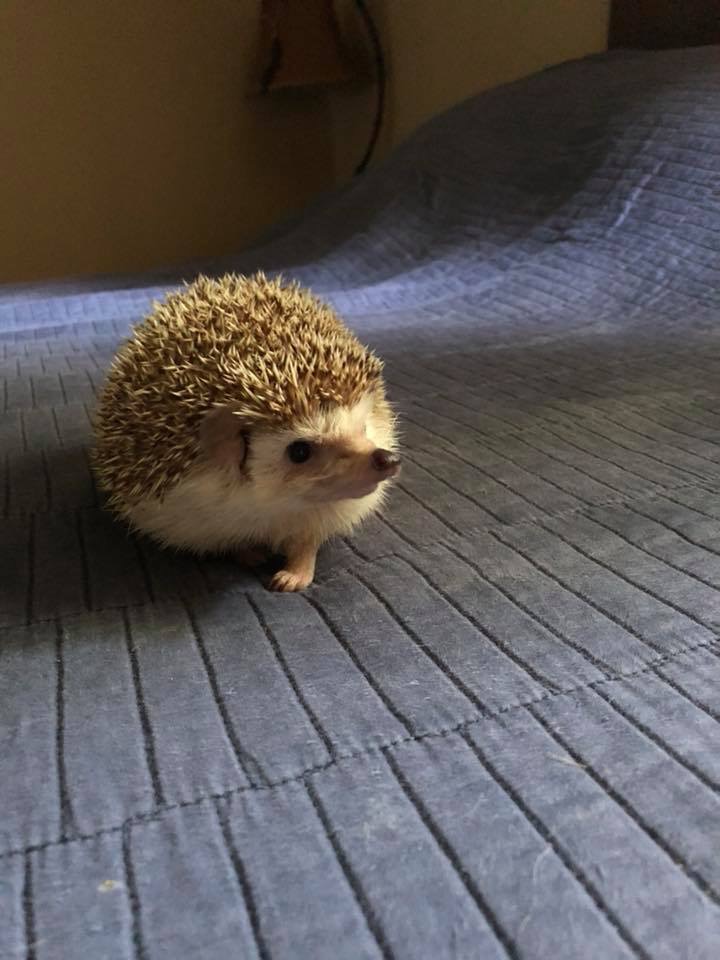 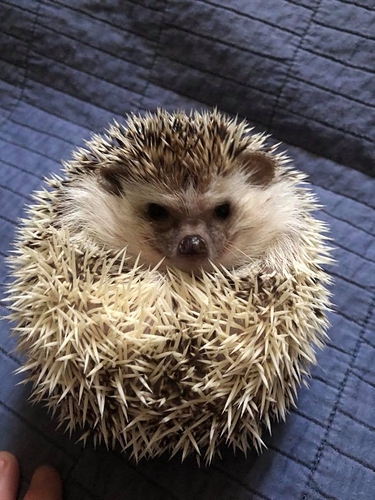 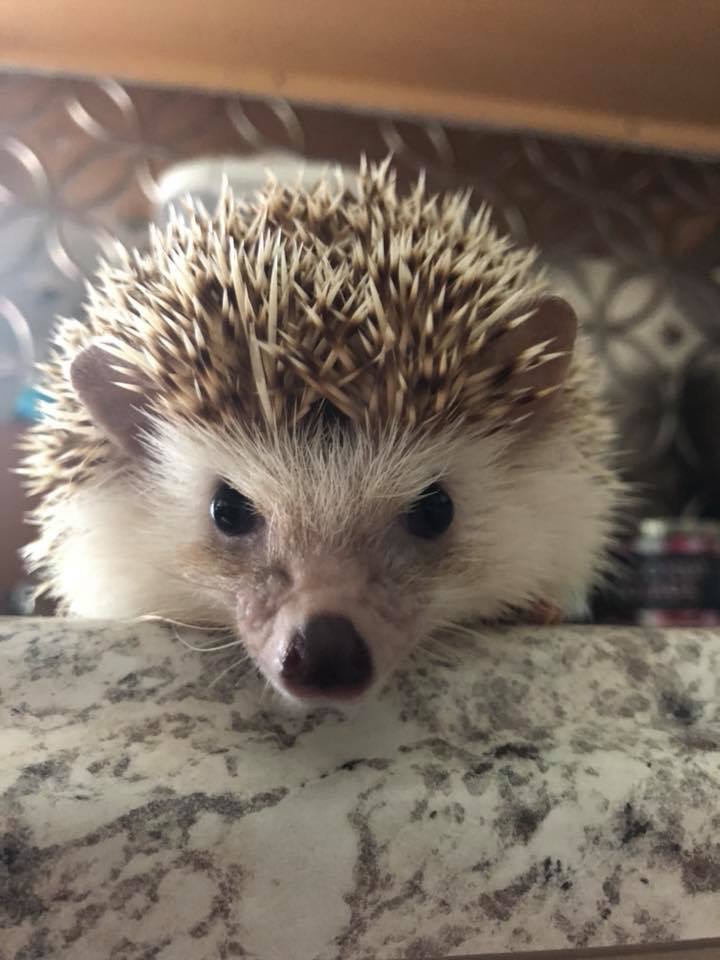 George owns one of my coworkers, and gave me tons of inspiration. It doubled down as I knew George would freak @Jules the heck out, too. (Don’t wear out on squeeeee, yet, there’s more to come.)

A little searching, and I found a nice image to place on a box lid.

George is a bit less bland than that, though, so I decided to step up my game and see if I could remember some stuff I picked up as a small child, namely the attempt to stay inside the lines. I just happened to have a collection of available acrylic paints in various colors, and some brushes going all the way down to size 000. Since George was the inspiration, George box was about to get a transformation. 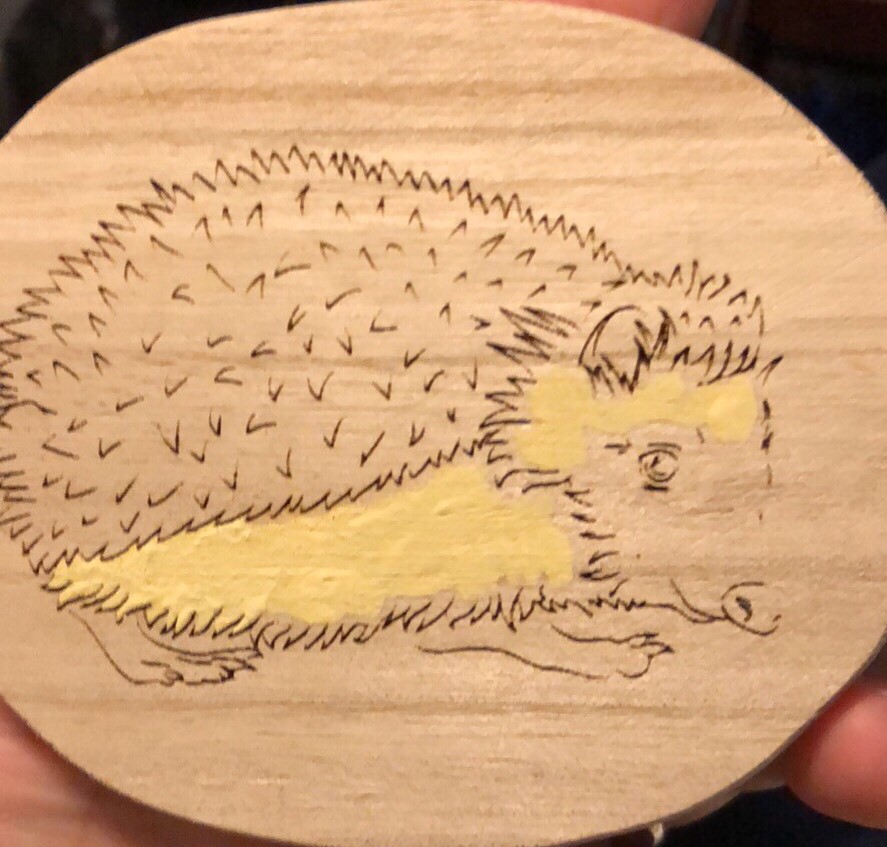 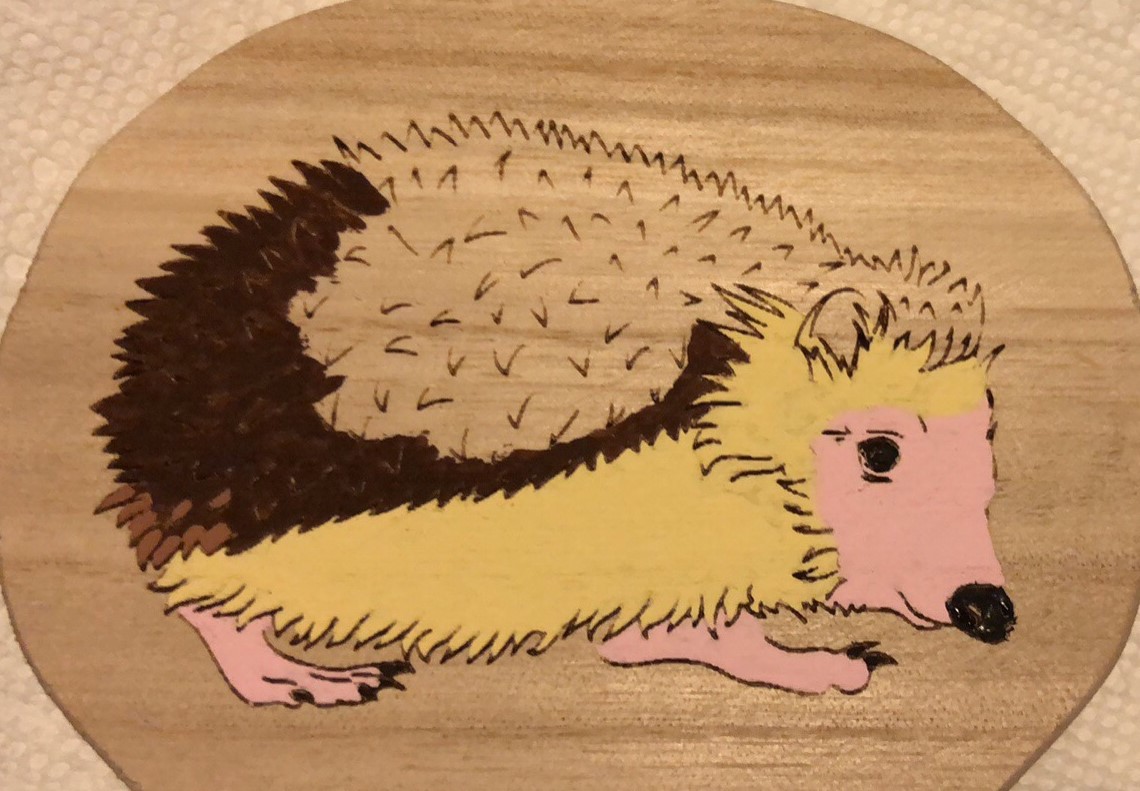 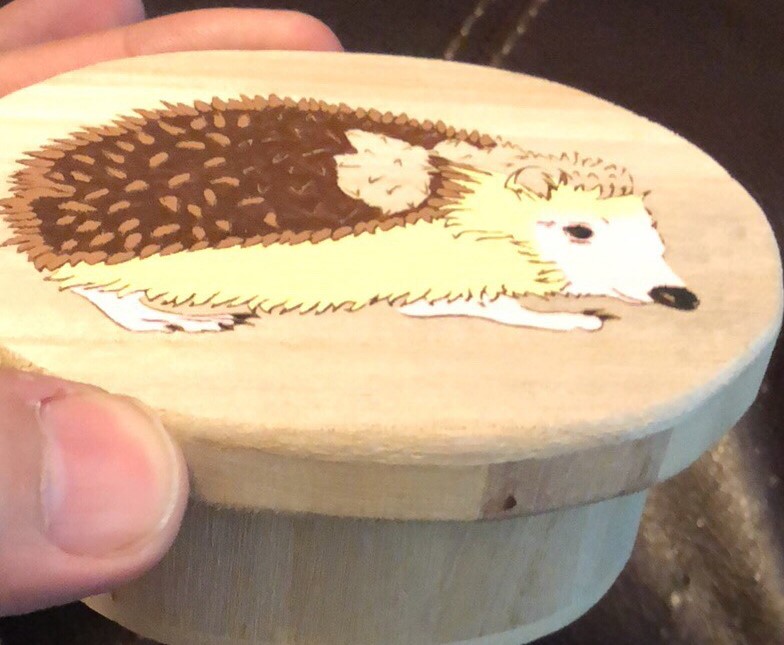 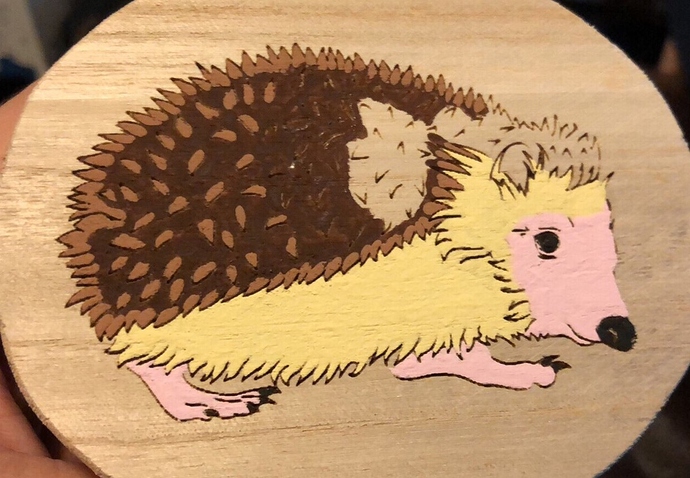 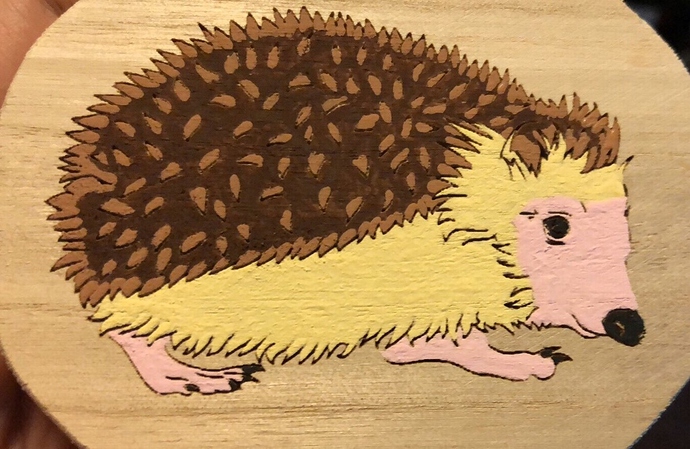 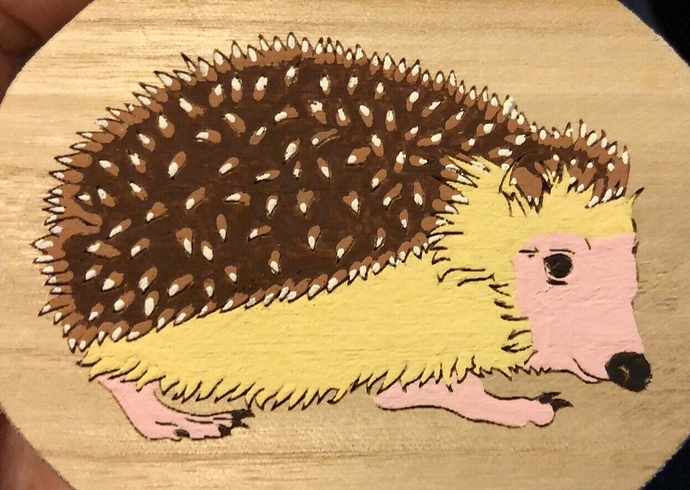 So George box had some color to him, but I needed to make sure he was protected, too. Enter my handy rustoleum clear gloss, a number of coats, with some really light sanding. (Keeping safety first.) 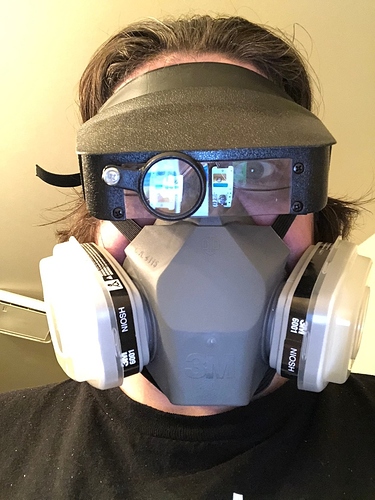 Mask for glue and certain paints, magnification for all the crazy detail work. 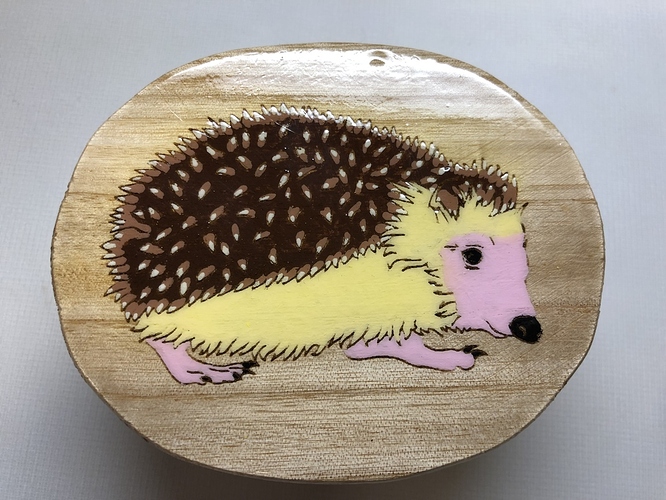 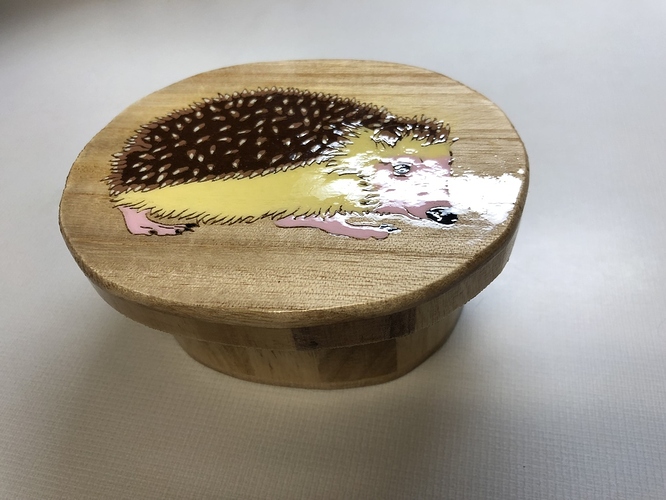 As I am hopelessly evil and cruel to my coworkers, I made George’s human come down to see without any clue what she was seeing. She liked it so much, I made an offer for her to buy it so she wouldn’t steal it.

This led to round 2, which has to do with a friend’s birthday. 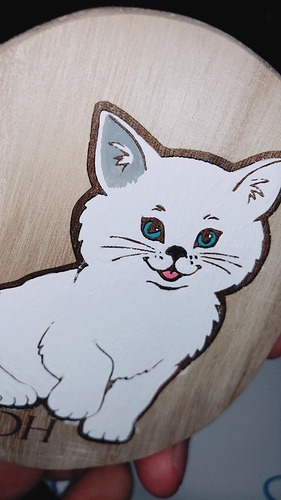 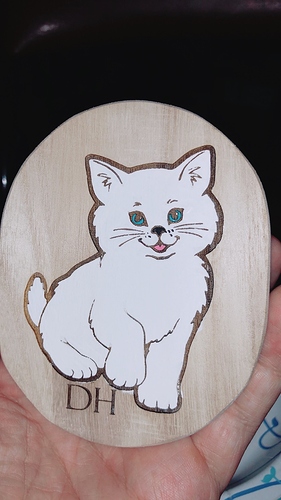 I did not want the bright white, though, so I dirtied up the naught kitten a little bit…and engraved the bottom…with a few things added. 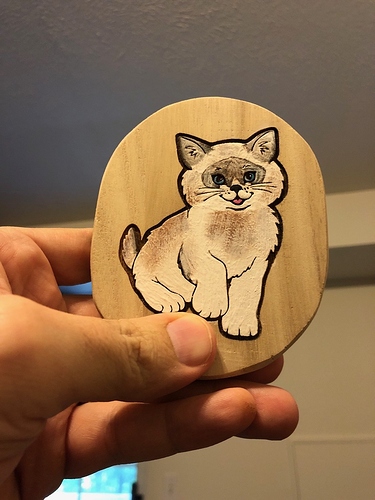 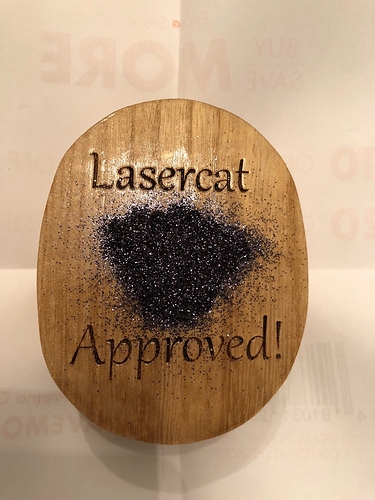 This one is still in the clear coat process, hence many uses of the mask.

So, @Jules, what was the squeeeee count?

I can’t believe I got here first @Jules

Wonderful work and a great write up!

I will say thanks on both. I put serious effort into the write-ups, which is why it took me several minutes to post this…which is where @Jules got distracted.

Which was reason 2 that I took George for inspiration.

Little fellow looks just like Hitch. Great job on the boxes too!

I was pretty sure you would appreciate that. I saved those pictures for my return.

Meme makers… you’re up!
I see, “Angry Jules does not approve of your shenanigans!”

This is amazing. Although if you’re going to paint that well, the laser seems superfluous. Reminds me of a Paula Poundstone joke: “I met a guy who eats those chocolate frosted Pop Tarts. He breaks them up, puts them in a bowl and pours milk on them. I said geez, you might as well cook!”

I don’t have the talent to freehand without a design. The laser makes nice crisp lines that tend to stand out. The ‘painting that well’ very much hits on the colors I choose and (mostly) staying inside the lines.

They are both adorable—looks like you’ve started a new product line!

And George is super cute too!

These were great and very thoughtful. I have still not figured out how to stay in the lines.

I was so taken with George that I could hardly calm myself to look at the boxes!

Well, I haven’t tried any classic lacquer, but Rustoleum clear spray works very well, with plenty of coats and a little sanding

I don’t paint but what I discovered when I 3D engraved some puzzles and then painted them, that 1. On the simpler designs, it’s basically like painting by number. And 2. If you’re doing a solid engrave instead of just outlines, the darkness of the engrave basically serves as an underpainting and basically helps create values in your colors (unless you’re applying the paint really thick, this covering the engraving).

I tend to do coloring pages for exactly the same reasons. It gives me a design to follow, I just pick my own colors.