A "business card" for a friend 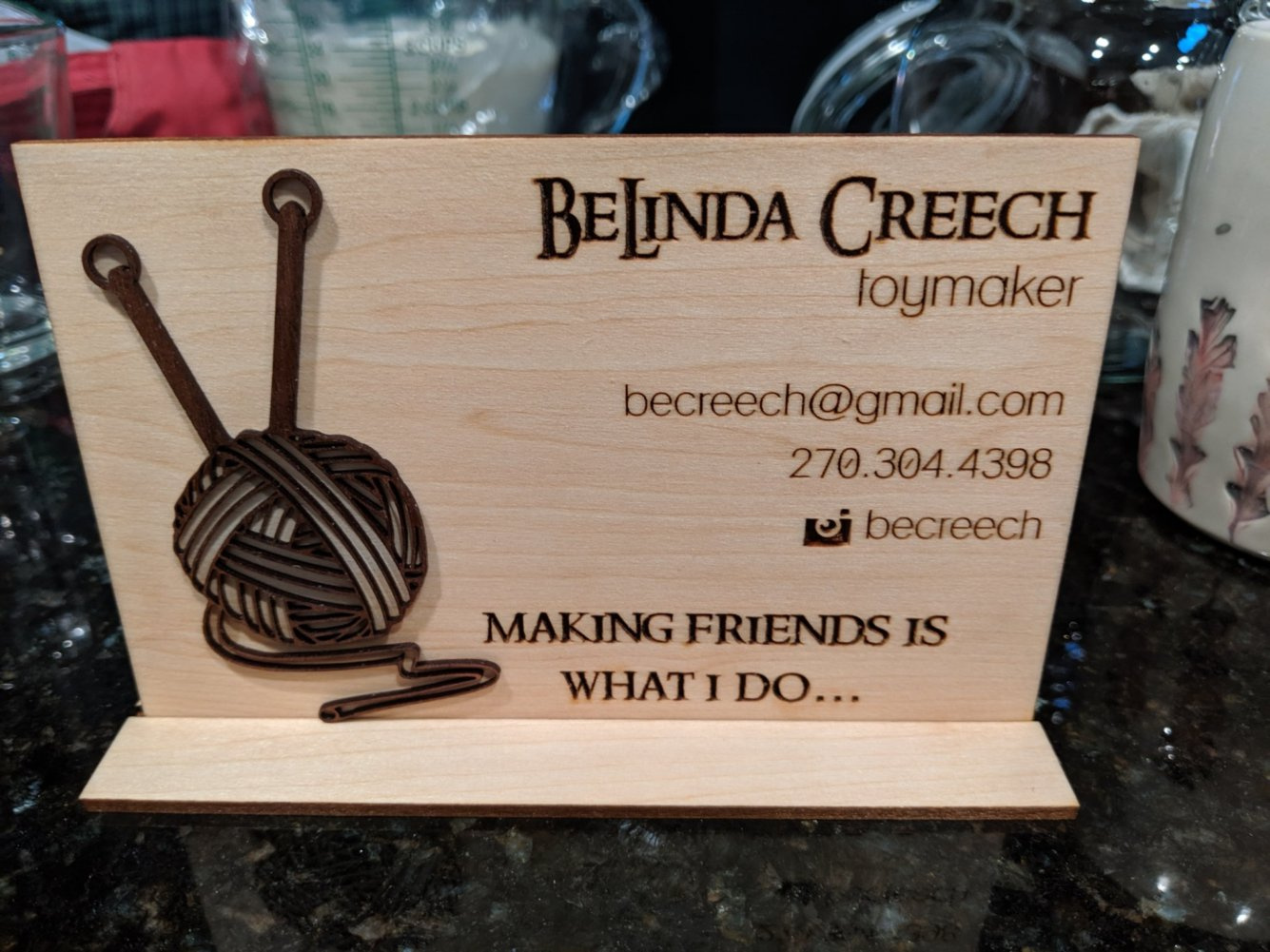 My friend knits toys. One of her displays is an aquarium with a knitted octopus and corals and things. So I made her this to go with it so people can photograph it and remember who she is.

Basswood backing, walnut yarn. The stand is removable so she can pack up the display. It’s about 4"x6" (not exact)

Really about the limit on thinness of lines on the walnut.

The yarn looks so realistic. I am sure she will be tickled to death.

And just a thought, add “knitted” to toymaker to tie the yarn ball/needles to the tag line? (or if it’s always used amongst all her knitted toys, then it’s easy to associated the yarn to the toys as-is…).

I would make those changes (because I agree) but I didn’t do the designing of the card, she has a small banner of it she puts across her table sometimes. So I couldn’t really change things.

I agree on the 3d effect of the yarn. Really nice touch!

Very nice!
I don’t know if the engraved yarn was a vector; but if you kept the outside vector made it an image and did a Gaussian blur It would gradient from black to white and if you did a vary power engrave and cleaned it up after with alcohol and ammonia (not at the same time) you would get 3D yarns showing and blending the right gray scale of a sphere in you could have a nice relief of a ball of yarn.

Interesting idea! The yarn is actually cut out separately in walnut and is really at the limit of how narrow a piece you can handle, but if I made it bigger… I might be able to do that, though you wouldn’t see the roundness in the dark walnut. But if I used something slightly lighter…

I might be able to do that, though you wouldn’t see the roundness in the dark walnut.

This is dark walnut 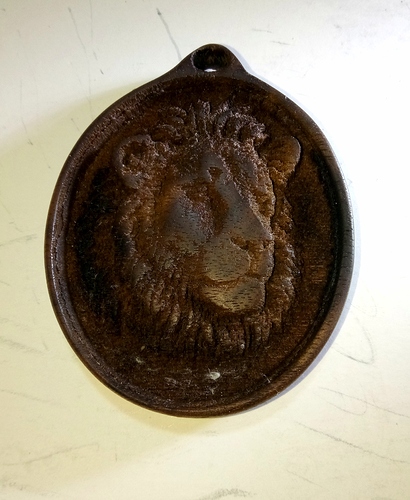 Oh wow! That’s amazing! I’d definitely have to make it wider… but I could totally do that.

Extremely well done and great idea for adding to photos beside products as well.

Thanks! That was the idea, since people always want to photograph her (really cool) aquarium, this way they’ll have her info when they scroll back to see it or show people.

Wonderful execution of a concept!

This is just wonderful and so thoughtful!