It took about 3 weekends on and off, which isn’t too bad. I built a couple of patterns (On the glowforge actually) so I could mark where all the drawer slides go. That made things a lot quicker.

I LOVE, LOVE, LOVE your piece! Great job! It is beautiful!!! The wood reminds me of Zebrawood!

Interesting Jig. Is that an X-carve? I love that it looks like you even made the knobs on the Jig.

It’s a Shapoko. It’s pretty similar to the X-Carve but maybe a little beefier. The knobs were done on the CNC. The whole jig is really just two boards that squeeze together. I needed a good way to attach the panel to the front of the machine. I have actually made a few of these as part of my CNC channel:

It’s a Shapoko. It’s pretty similar to the X-Carve but maybe a little beefier

I’m waiting for the Pro to come back in stock so I can order it. The Shopbot’s too small for some projects (furniture) I want to do and it was already 3X the Shapeoko - their bigger ones are crazy more than I want to spend. No word on when the Pro will be available for ordering so I’m just putting that project on hold and going to do others. I’ll just get the design locked in and ready to cut.

The Shapeoko Pro looks so tasty. I really want one, but I have yet to wear out my trusty Shapeoko 3.

Where’s your cnc channel? Would love to see it.

@djfb My channel is called POVCNC and it lives here: 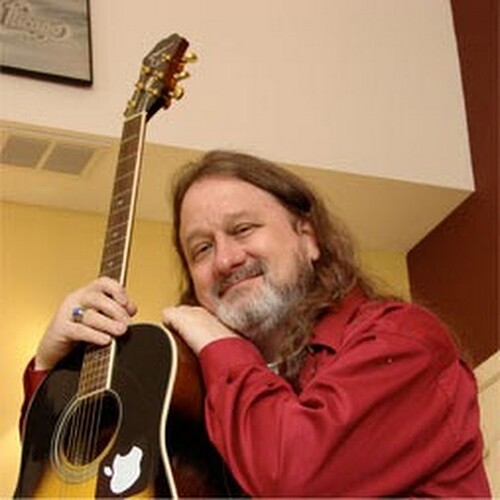 This is my channel for exploring CNC with the Shapeoko and Carbide create. I work mainly in wood and have a bit of a box fetish. There may also be cat videos. You have been warned.

I have yet to wear out my trusty Shapeoko 3.

That’s one reason I’m going for the Pro. It’s a beefed up version (wider belts, rails, etc) of the 3 & 4 and those seemed to be lasting people forever.

I’m also considering the Onefinity as it’s a ball screw vs the Shapeoko’s belt drive. That’s usually something only when you’re spending 2 or 3 times as much. But it’s only about 30% more than the similarly configured Shapeoko Pro. I think @bruceaulrich has one.

Except its ecosystem is a bit less cohesive it seems. And it’s gen 1 vs gen 5. More stable precision with ball screws but as a gen 1 machine I’m not sure. Also I’m a little put off by their selling Vectric Desktop with a machine that’s got a 33x33 bed. It’s half the price of Vectric Pro but I wonder how many people will be surprised when they find it only allows them to use 24" of their big bed size.

Also, the Shapeoko is more expensive, not less. It is $2900 all in (you have to provide a router for a spindle) and I’m $2400 all in (including the same Makita trim router) for my OneFinity setup.

They sell the Vcarve Desktop because their “machinist” configuration is only 16"x16" cut capacity. They also sell Vcarve Pro which accommodates my machine.

the Shapeoko is more expensive, not less. It is $2900 all in (you have to provide a router for a spindle) and I’m $2400 all in (including the same Makita trim router) for my OneFinity setup

I’ve got the Shapeoko Pro at 2880 (close enough to 2900) with software & their spindle/router. It also has a t-slit table & bit setter standard.

Adding a T-track/MDF kicked me up over $3K.

They’re close but the Shapeoko is a bit cheaper.

But like I said, the ball screw construction of the Onefinity is a big plus in terms of maintenance & precision.

The videos & pics of the Onefinity looks like some of the fittings are 3D printed. Is that the case or just odd photo artifacts?

Good breakdown except for the Vetric VCarve Pro. The Shapeoko only comes with Carbide 3D, the free version, right? That’s not the same as VCarve Pro. I can use Carbide 3D free or Easel free (which I’ve been using) to create gcode to send to the machine’s post-processor. So, from my calculations, you can take off $600+ of that for the software in order to make it comparable.

The only thing that is 3D printed is the little arm for the display.

I made a T track hold down system for another $75.

Cool. The Pro is out of stock & can’t order. The Onefinity is available for ordering but with delivery in August right now. I’m trying to figure out where I’d put it before I pull the trigger. It’d be much easier if I didn’t have a motorcycle on the lift taking up a whole bay in the garage

ha ha. This is my first experience with a CNC personally (I’ve been around them with friends) and it has been a good experience. It is very rigid and very precise. It also using stall homing, which I like. It doesn’t have any limit switches.

I hope to put it through its paces even more in the coming weeks.

It doesn’t have any limit switches