A Game While We Wait for our GF's

Who Has Waited the Longest? (i.e. Who were the first ten people to order a GF when the crowd funding started?)

Who Has Waited the Least Amount of Time? (i.e. Who were the last ten people to order a GF before the October 25 dead line?)

Anyone out there who crowd funded and have waited less time than me?

That is why I have been so patient, I haven’t waited as long as most of the rest of you! :-)))

You can tell where I live (state of Washington) because I had to pay tax!

5 Likes
Post your Glowforge Order/"Glowforge Is Ready" email dates here
Is it random who gets their glow forge first?
jeanneleigh May 25, 2017, 6:15pm #2

Edit:
Added picture. This is an international order bound for Norway. 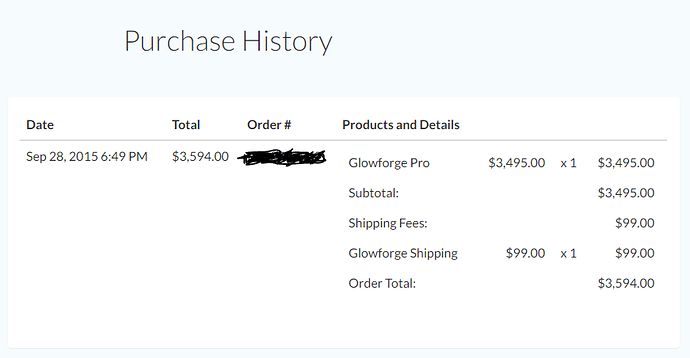 I got in early… ish.

That must in PST, since I was not on call, so would not have been up that early…

So many things were different then.

Any input from them now? When your GF

arrives, what do you plan to do with them?

The price differences could because of referral bonuses. 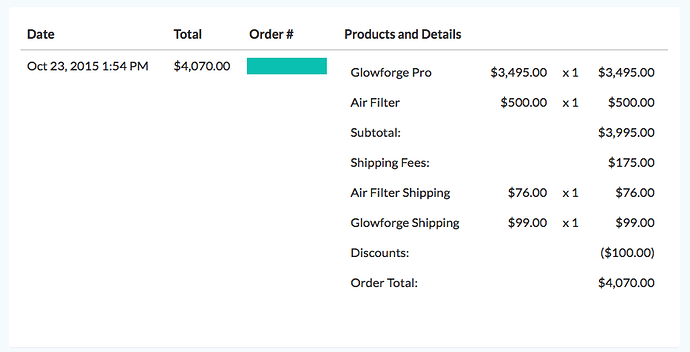 Why are people redacting their order number?