Last weekend was our regional Burning Man event (Southern Nevada Regional Gathering or SNRG - Synergy). This year’s theme was subatomic. One of the art pieces was the Vortex Art Gallery and artists had a 4x8 panel to create on.

Originally I was going to do a collage of images but leading up to it I picked one photo and blew it up to 4x6. I then used the GF to cut out some text to go with it and pull in the theme. 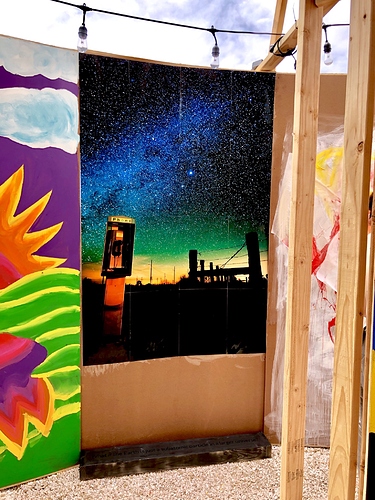 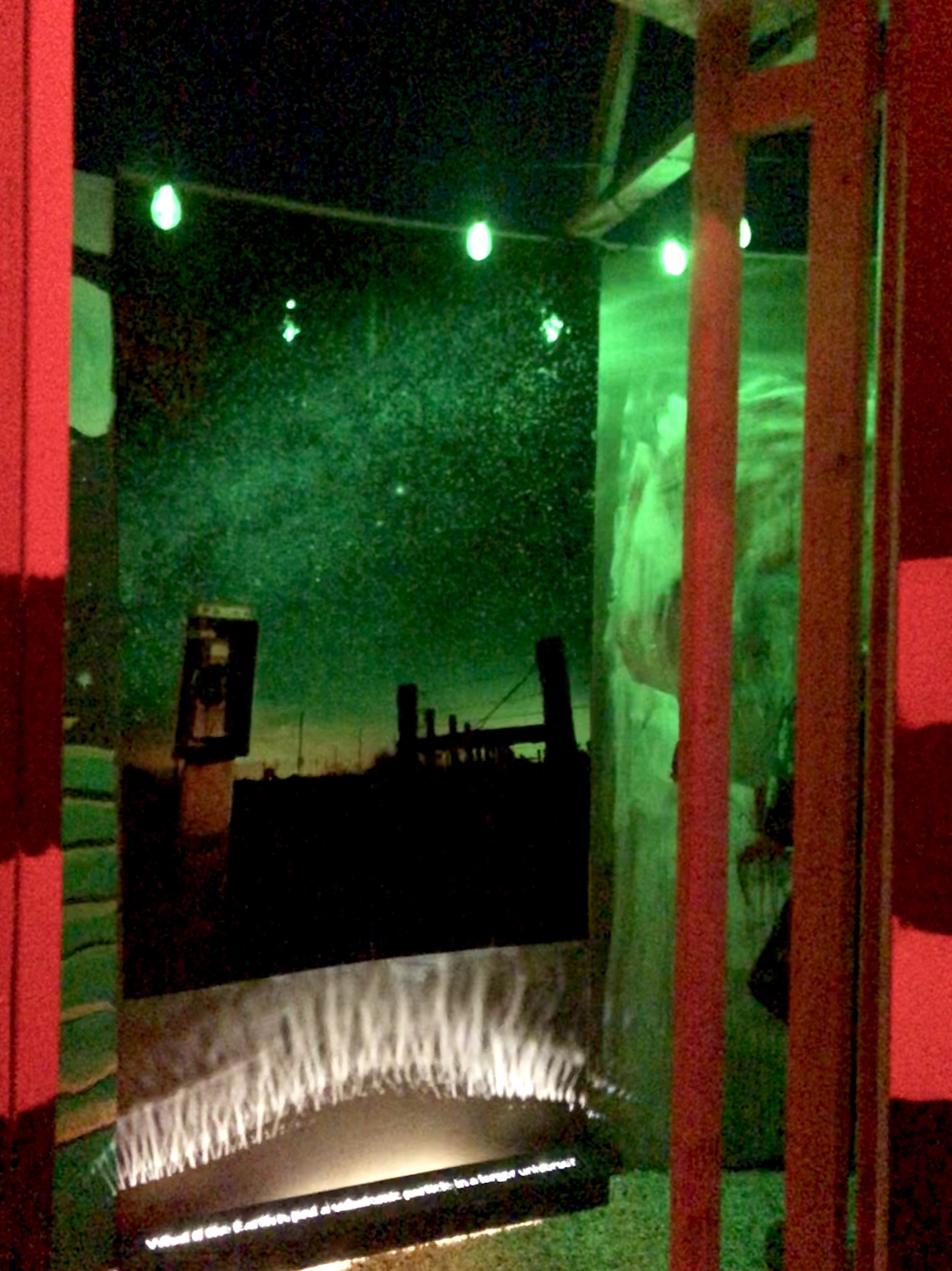 And the light box with the text. 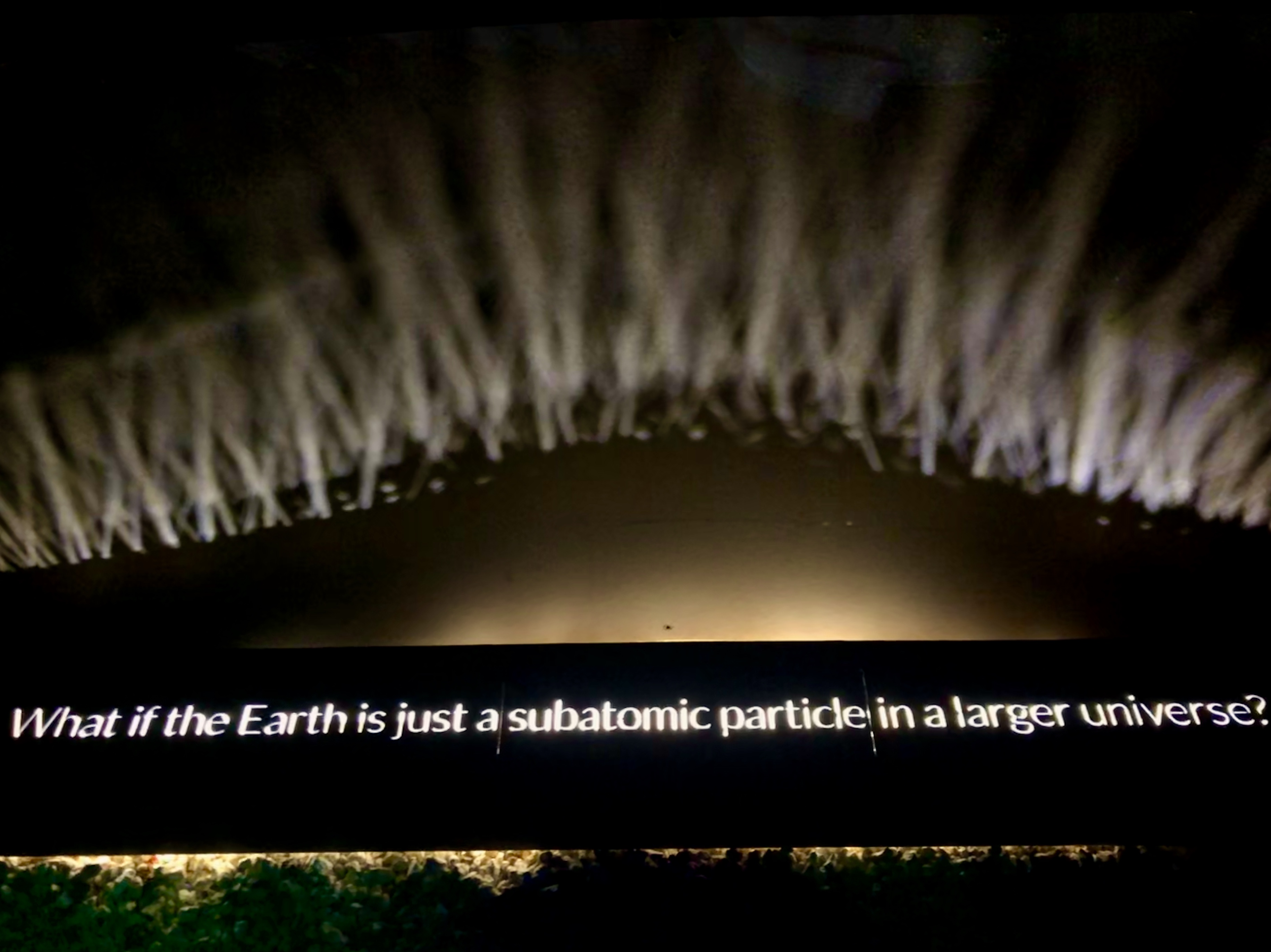 An interesting thing about the event is that we had a lot of burgins (first time burners). Last week there was some talk of making an art piece showing the ten principles. It gave me some ideas so on Friday a fired up the GF and turned out a test piece. 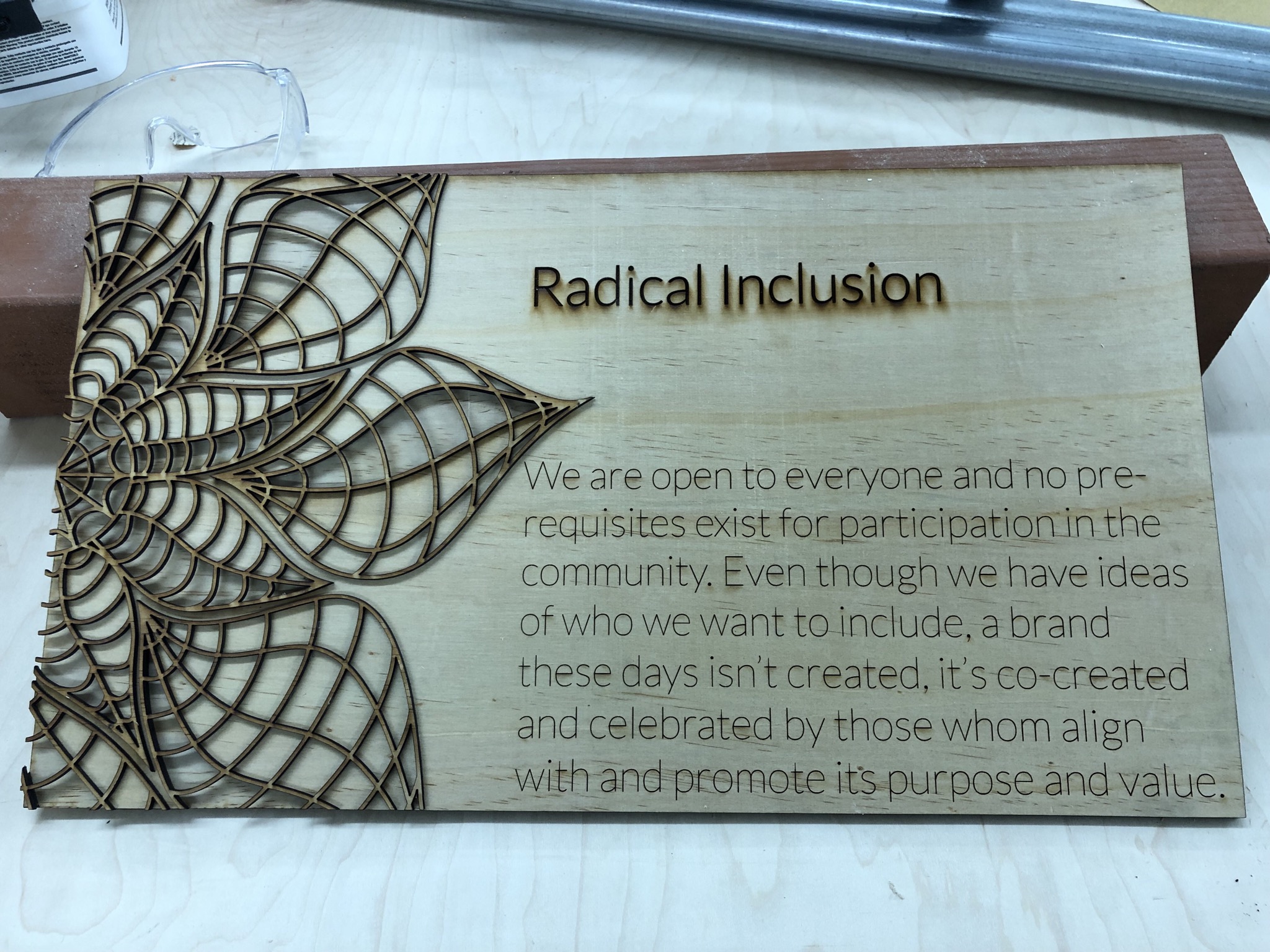 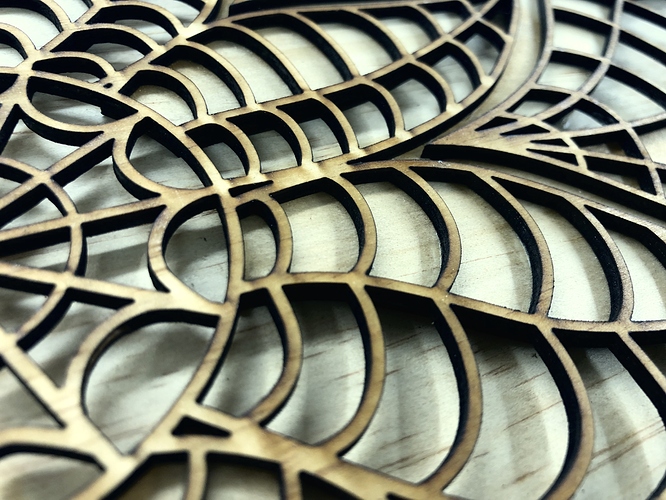 I have never done the wood layering before. I’m happy with how it came out and will likely go for five layers in the final design. I like the effect of the top layer being above the engraved surface. It gives it a bit more dimension.

I love being able to quickly prototype some new designs.

And a shot of the Vortex on closing night. It was a short run. 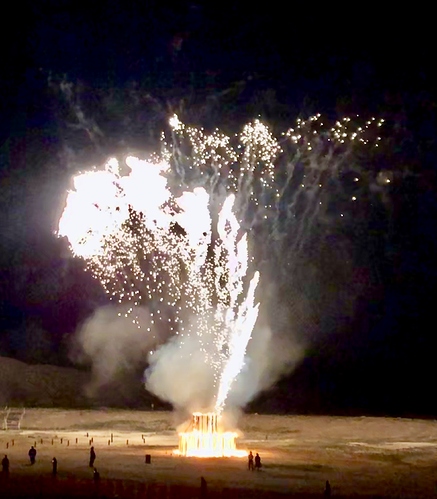 An interesting thing about the event is that we had a lot of burgins (first time burners). Last week there was some talk of making an art piece showing the ten principles .

Larry Harvey’s version (the one you linked to) reads

Radical Inclusion
Anyone may be a part of Burning Man. We welcome and respect the stranger. No prerequisites exist for participation in our community.

“We have ideas of who we want to include” could be interpreted as the antithesis of the principle.

It was really just filler text to used for the proof of concept. I actually pulled the text off of an Org page and only changed “Burning Man” to “We” to make it more open for regionals.

In both cases I just googled and clicked on a link. Once I get ten designs done I’ll take a look at the wording and bounce it off the community before engraving.

I like your comments and thought it sounded a bit odd myself. Still better than lorem ipsum.

Oops, it wasn’t a Borg page I pulled that from. 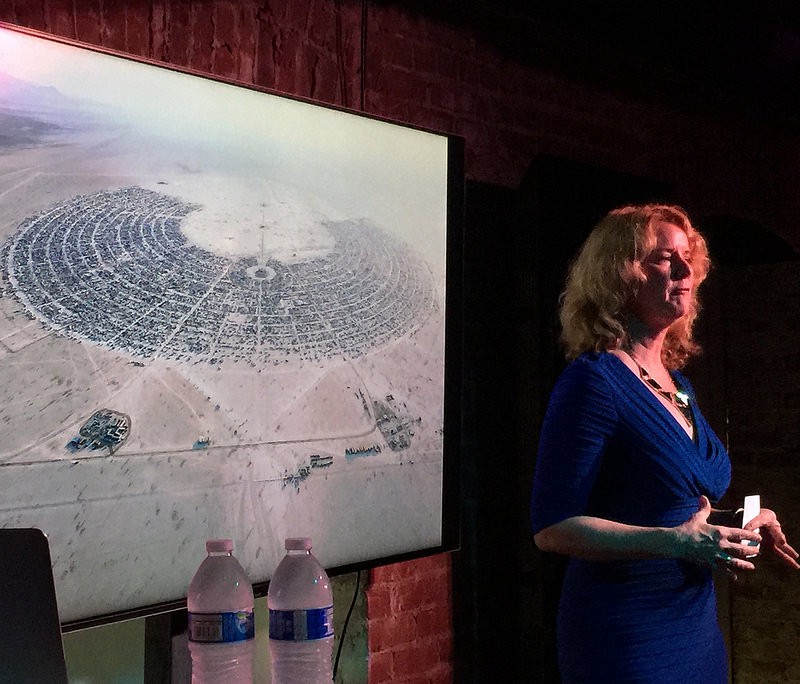 At a recent technology “Immersion program” for a global athletics company, I was invited to share my thoughts on how experiences were…

Then again I was just looking for some boilerplate text to look at the layout.