A quick project on a saturday

Whipped this up in inkscape this morning. Turned out pretty nice. 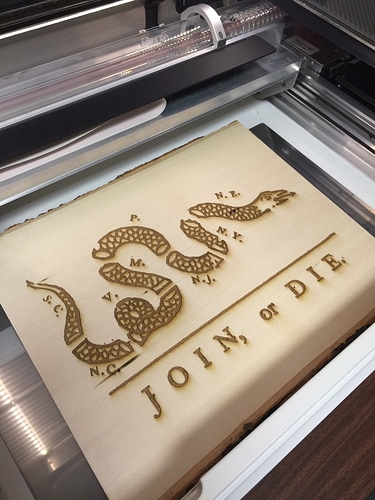 Looks great! Are you a history buff?

Turned out so nice! The ForgeFamily strikes again!

Absolutely. My home is decorated with significant moments in revolutionary history. This is the latest addition (and first that I made myself)

Not sure what the gif is implying…but thanks?

What is that you’re printing it on - a piece of wood?

I love history. If you haven’t seen it yet, I’ve been enjoying videos from https://www.youtube.com/user/jastownsendandson. Typically, it’s a lot more mundane than The Revolutionary War. Still pretty interesting. I did like what I’ve seen of the HBO series John Adams, but I haven’t been able to get through it due to all the crap I have to get done from day to day.

Currenly, I’ve been a bit more into the 1800s, though, and wear clothes from www.historicalemporium.com when I’m not mucking about in dirt or roofing tile goop and what have you.

It’s these planks from hobby lobby. With coupon they work out to ~ 7 bucks.

Rad…I’ll check out that channel. I’m not super ‘strict’ on my history. I really enjoyed the wildly inaccurate Sons of Liberty that History did not too long ago. Frankly, if it makes people interested in learning about ‘real’ history via a ‘fun’ show that they can enjoy…I fully support it.

I hadn’t seen the ones with the rough natural edges…that looks pretty sharp!

“Gentlemen we need to hang together, for we will surely hang separately.” - Benjamin Franklin, if memory serves 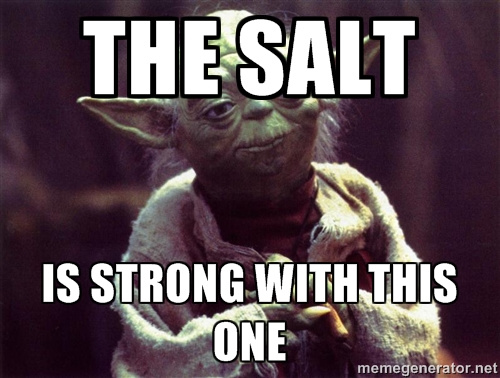 Yup–this is one of his political cartoons. If anyone is interested, you can find all sorts of cool historical stuff like this that’s now public domain on the Library of Congress site and also DocsTeach on the National Archives. (Sorry…the librarian in me can’t resist sharing a good resource!)

As @klipper found out, it takes a bit of cleanup in Inkscape for some of the older stuff, but here’s a link to the original on the LOC site:

Sorry…the librarian in me can’t resist sharing a good resource!

And if you’re ever in DC you can get a library card for the LOC and get access to the collection in the original dead tree versions. Pretty awesome being able to request them to pull a book from the 1600s and they actually bring it to you and let you read it! (Or get good photos of pages of interest for later engraving

And it’s free! Your taxes at work.

It is nice to see where some people’s memes have a real source.

Pretty awesome being able to request them to pull a book from the 1600s and they actually bring it to you and let you read it!

The LOC is the one place I really wanted to see when I was in DC on a history teachers trip a few years ago…they were closed on our one unscheduled day!

I felt the same way in the archives at the Henry Ford museum…we were trying to find info about the change from the Model T to the A for a lesson plan, and they brought out all sorts of stuff for us…old newspaper ads, time cards, interoffice memos, letters from customers…unreal to hold that stuff in your hands!