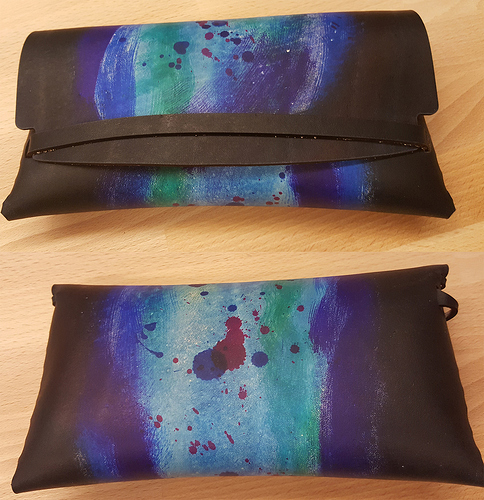 It’s one of those things that I seem to have no shortage of friends who see one I’ve dyed / put together and respond by saying “Oh! I wish I had one of those!” So… what’s a girl to do?

Yup, more clutches. So, of course, when I got ready to go spend a weekend cheating on Glowforge with that other tech startup in my life I had to put together a few Glowforged goodies for the folks out at Quora (I mean, I’ve shown up to work often enough sporting Quora branded gear that I figure it’s only fair…)

So, more clutches… which lead me to having a bunch of these: 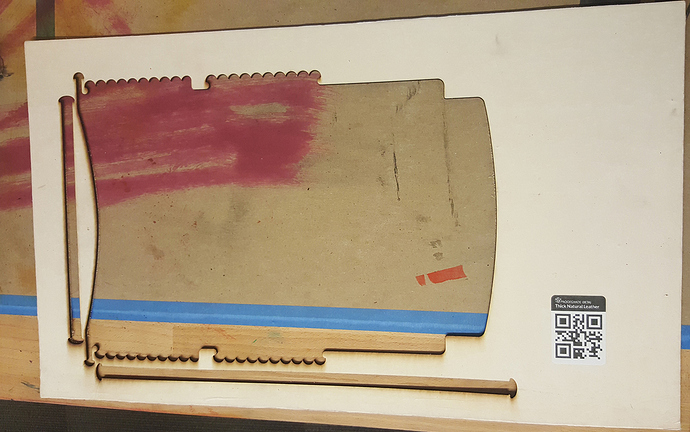 That right edge of the

just kind of taunts me. I should be able to do something useful with that remnant… If it was standard leather I’d probably have a bunch of things to toss in that space… less so with the thick stuff. So I went fishing for ideas… and came up with a use for a scrap of leather and a whole bunch of rivets: 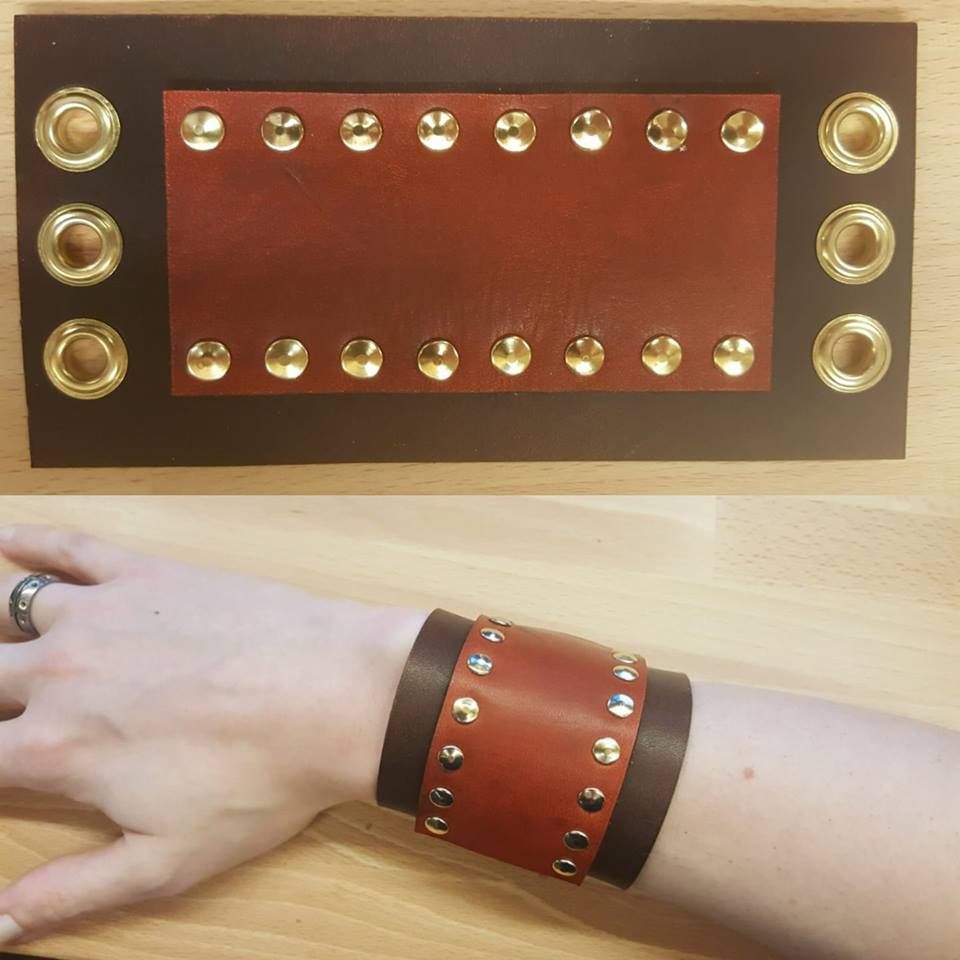 Problem solved! Needs a little polish still but adds handily to the “I need to make a thing for a friend / loved one” list of quick projects

Unfortunately, I ran myself out of rivets on the first one, so the rest will have to wait until I can get a bulk order in… Not that I think I’ll lack for good will goodies to share around the silicon valley crowd this weekend 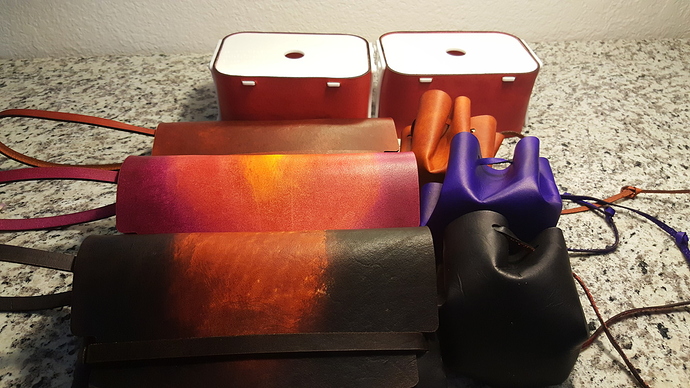 Ooooo, so nice! I really like that clutch design–wish I could get to it!

Thanks for a great post.
It would be nice to see some more of the staff builds!

Can you say a little about how you did the dye? Those are pretty! And the boxes in the last picture? Were those cut on the GF? What are the tops made of?

The boxes are a design in the catalog, Keepsake Memory Box. The catalog design calls for thick leather and medium plywood.

This link only works after you’ve set up your Glowforge, I believe:

Oh wow! These are amazing!

Great use of cut offs!

The boxes are a design in the catalog, Keepsake Memory Box. The catalog design calls for thick leather and medium plywood.

Spot on. As much as I like the look of this done in white acrylic, I wouldn’t recommend anyone swap out the plywood for any of the acrylics. The sides are a nice snug fit with plywood and it takes a bit of pressure to get them locked in. I had a hard time getting the sides on without damaging them when I used the acrylic. (I mean, obviously it can be done, but, big flashing disclaimer.)

Can you say a little about how you did the dye?

Next time I do one of these I’ll try to take some step by step photos but the concept is pretty simple. Start by setting up a palette of dyes. So, for the red clutch, I had yellow, orange, red and oxblood. With the clutch I start in the center with the lightest color and work outward. Every time I change colors I go a little lighter on the first color at the edges and then bring the second color in on top of the first to blend between the two.

It’s not highly precise, I’m doing it with a shop rag, but I tend to feel like that’s part of what gives the technique character.

Hi @jae! Would love to hear more about the process for sure! Thanks for the post!

Could you tell me what dye product you use and where you purchased it. I’ve got paint that works on leather but have yet to purchase any dyes.

That dye job!!! I can’t get over it! I’m going to have to play around with my dyes. Sheesh, I came on here for glowforge inspiration but you’ve brought it to another level! Way to go!