My wife just volunteered me to make some 1/3 scale art frames for an American Girl (?) doll house being built by friends. Here’s a quick & dirty test I ran on HD birch ply.

This would be the equivalent of a 9x9" (outside) frame: 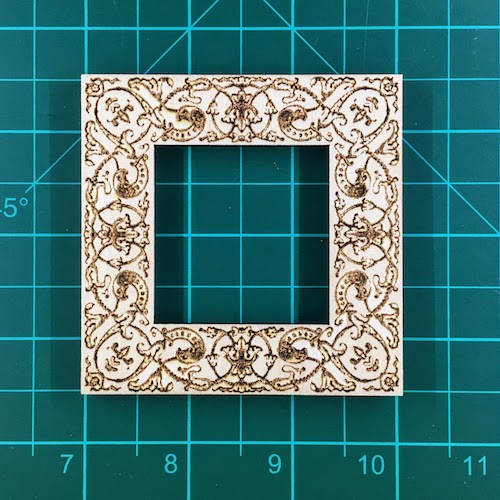 I’m not one for “froofy” frames, but they’re not for me. 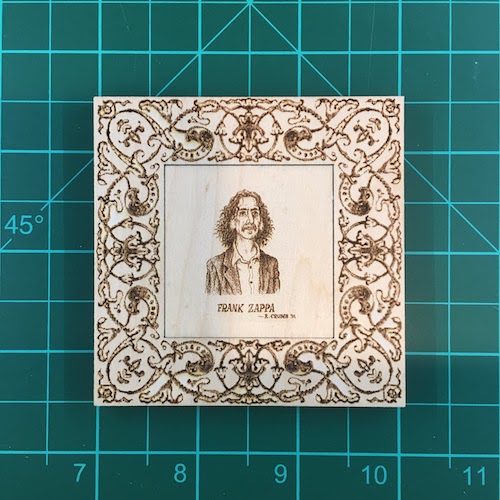 I’ll bump up the engrave resolution on the actual articles, but I’m pretty happy with the tests.

Might as well go all out and 3D engrave the frame!

I’ll probably try a 3 or 4 shade grayscale image (faux 3D), but not sure I have the chops for creating a heightmap… The holidays are fast upon us.

Otoh, the best way to learn a new skill is to have a concrete project and a deadline.

Chuckle! You should leave Zappa in there…who’s to say that American Girls don’t like him?

Very cool frame! Although Frank does look a bit out of place in such a foofy setting

FWIW, I’m also a fan of both artists, and I never knew about this weird bit of cross pollination before. Made me smile.

Very cool Dennis!
Love that! Not to step on your thunder, but My Brother-in-law is a rabid Zappa fan. I made him this etched bronze belt buckle. 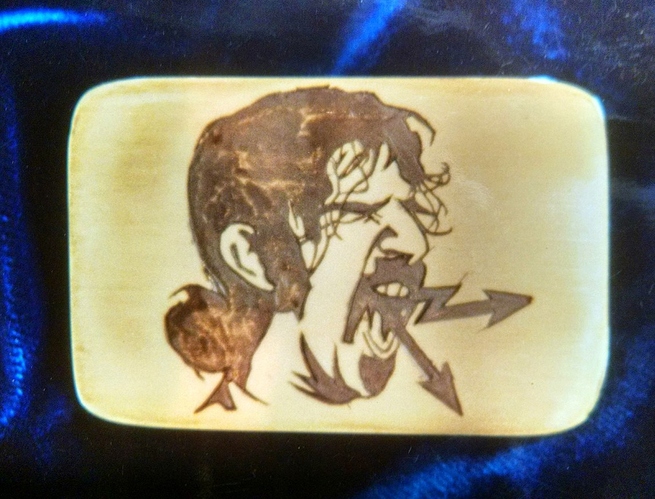 A little Zappa trivia, His wife left controlling interest to the grand kids. Dweezle (Franks Son) was touring as “Zappa plays Zappa”. the kids decided to bring suit against him for infringement. Dweezle changed the name of his tour to “Zappa plays what ever the F&*% he wants to”.

His Daddy would be proud.

Didn’t that used to be your avatar? 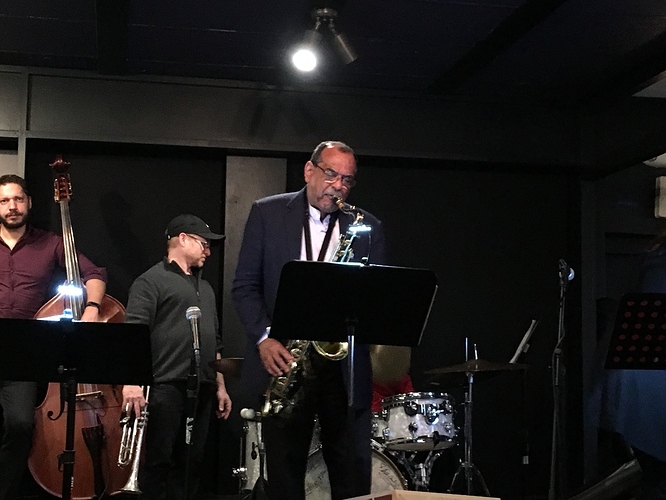 I brought a copy of The Grand Wazoo for him to sign. When he saw it, he grinned and said “Hey – That’s me!”

Have you had pretty consistent results with the HD ply? Do you get them to cut it up or do it yourself?

Gosh, that is gorgeous! Did you create the depth map?

Modified one I found online as proof-of-concept. Came out pretty well on unmasked Draftboard… 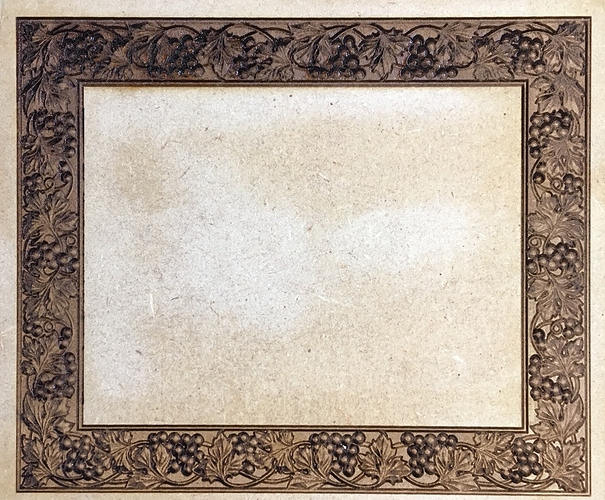 Needs some color correction at the lower right, but it looks like I’m in business.

That is really much better looking in 3 dimensions!

Did you just do that with different shades?

It was a render of an stl file, so was a continuous grayscale gradient. I didn’t do the render (guess it’s time to learn a little Rhino…), Just found it online and deleted the artwork on the middle, leaving just the frame. About 5 minutes file manipulation and a 45 minute engrave. One pass.

So, now for the hard part – the person I’m making this for has this thing for gilded frames and will no doubt want the final to have that look. Any suggestions, gang? I don’t want to fill in the fine details in the engrave.