A stand for Amex’s bowls

Nothing fancy but made my dog Amex a stand for his bowls. He’s tall and I think I shared the story of him getting hit by a car and running into our yard…$7k later we adopted a dog, hence the name. He blew our Amex up that weekend.

A year later he’s amazing and loving not having to lean so far over to eat. 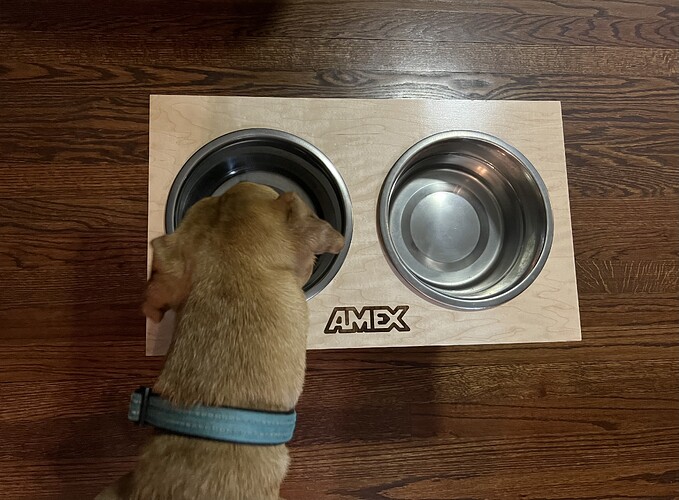 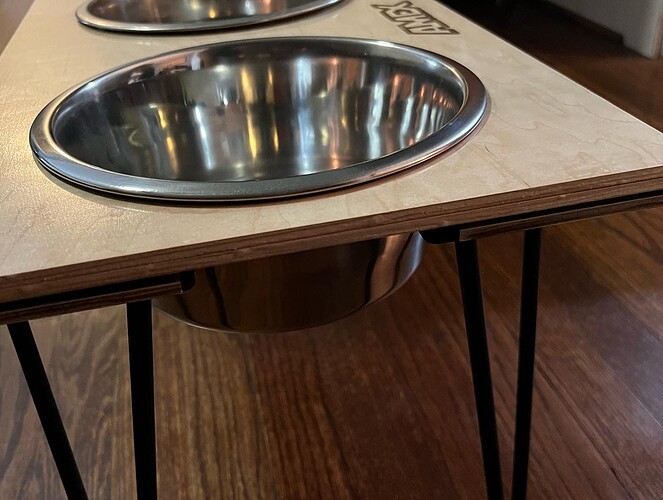 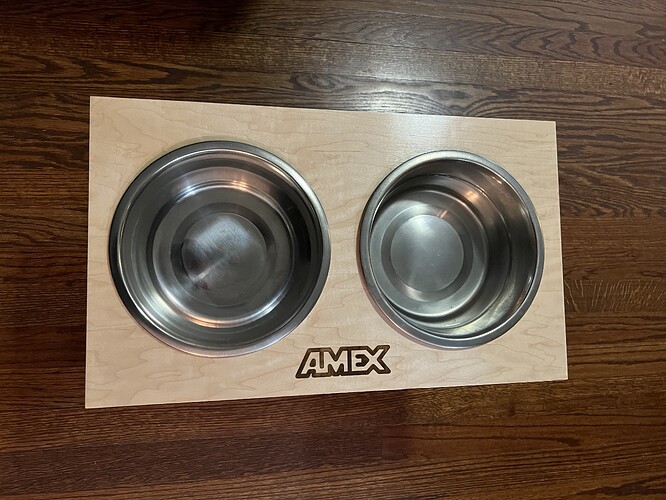 Nice work, and a big improvement for Amex!

Nice job but you must include a face pic of this lucky boy. Lots of animal lovers on here.

My in-laws ended up with a dog the same way! Love his name, and a great looking bowl stand!

Here he is, a bit after surgery. Still a few marks on his face, most have healed now and he loves running as fast as he can. And the other is the whole fam, with our 7-year old Kiko a Peke puppy mill mama we adopted during 2020. They are now best friends and the little one starts most of the wrestling matches. 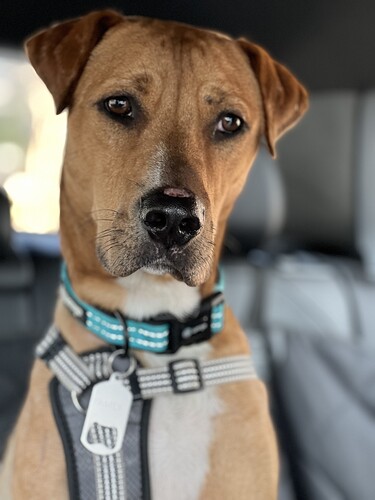 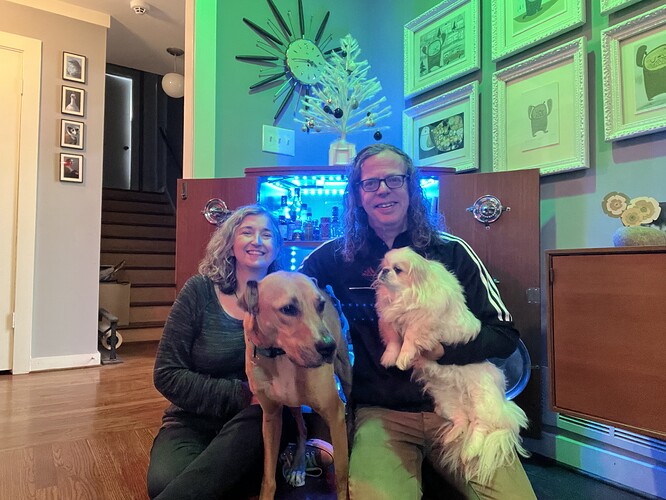 Beautiful dogs! What is the little character in all the pictures on the wall on the right?

The monster art on the wall is from Matte Stephens - I think I first ran across him when way back when he lived in Birmingham, AL or somewhere in that area. I think he’s now in the Pacific NW. Love his work!!

Hey, looks great! I also have to build a booth in front of my cat. However, I think I’ll go with acrylic. It’s easier to clean than wood if something goes wrong…
what do you think?

It does get messy if the water bowl is too full, so I try not to allow that. I’m not sure what “the booth is” you are referring to…but acrylic would have been nice for this project; just too pricey. I used two pieces of 1/4" maple left over from another project, quartered the cutout circles where the bowls go, and added them to the bottom before attaching the hairpin legs (they needed at least 3/4" screws to be stable). So other than the legs and his existing bowls, it was all leftover material.

Awesome bowl. Our dog has the nickname of Rolex by my husband as the amount of money spent on rescuing and keeping him would probably have bought us a Rolex each… I wouldn’t trade him for one and I don’t think my husband would either…

Rolex, love that! We spent a small fortune at emergency vets & surgery. Then we had to put a bigger fence around the yard. Then my VW Golf R was too small (he looked like Clifford in the backseat with his head touching the ceiling), so a bigger car…and with all that, I wouldn’t trade him for anything.

Way back when…I made an Amex Black card name tag for his collar out of black acrylic, just a joke to wear the first time he was healed enough to go out in public - fav local brewery was his first outing, but the tag didn’t last very long.