Adobe illustrator help with turning these images into stencils

I was recently asked by a friend, to laser cut a few stencil images for him. I am currently in the process of learning Illustrator, through an Udemy course. But at the moment, I’d like to get this project going. He sent me a file, of these various flies, and my question is:
How can I turn these solid objects into singluar stroke outlines, while maintaining detail? I have attached the file, if anyone has any tips, walkthroughs, etc. It would be greatly appreciated! I should also note, the solid areas are to be cutouts, as in, he wishes the solid areas to be cutout, to apply spraypaint to. Thanks again in advance for any help 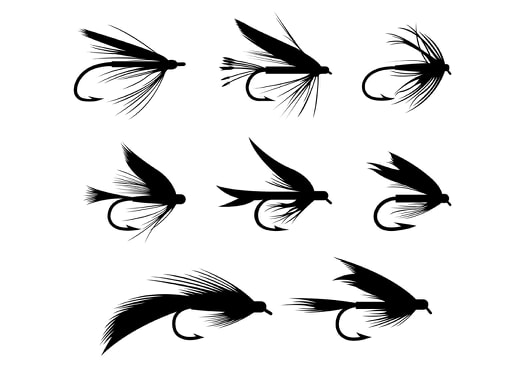 You could try a site like vectorizer.io to convert them to vectors. I’m not an AI user, but I’m guessing it also has an image trace function.

It does, Im just having a hard time maintaining the original outline with said function

You can do exactly the same thing I just answered on this thread:

Since you asked “How?” I’ll show you quickly below

I started by making your image 18 inches wide so it would fit. Next, select “Image Trace” [image] “Default” is a good choice [image] Go to Window -> Image Trace [image] In the image Trace Window, hit the Advanced button to expand as shown below. Also make sure Preview is on. You can get away with tweaking the “Noise” down to 1 on this image. [image] Also in the Trace Window you’ll note there is an “Ignore White” check…

The pictures and stuff should help. You’ll have to play with the sliders and presets until you get something you like much more than the answer I linked to you, but it’s all the same process. You’ll probably loose some of the fine detail though.

Tweaking the trace settings as @hansepe describes should get you most of the way there. The fine, feathery bits are tricky and you’ll likely have to draw those back in. On Adobe’s site search for introductory tutorials (they’re very short!) on the Pen tool.

Also - it looks like the images were drawn as vectors in the first place - any chance your friend can connect with the original artist?

Unless these are going to be wall-sized, you may be best off just engraving them. It’ll take longer, but fine detail can be tricky and is time consuming.

Also note that the one in the upper right corner and the left and center ones in the middle row have pockets. The feathering on the flies crosses over leaving unsupported islands of white. Making them work as stencils isn’t impossible, but it does take it up a level.

Have you considered talking your friend into making stamps? You can reverse engrave them onto wood, or rubber meant to be lased, and then all you need is an ink pad.