The L-system function in Inkscape is pretty powerful and can yield some fairly complex results. This tutorial is a good way to get started.

Wow, I went up a level in the url and found this trove:

I have yet to vet them but the topics listed here are really interesting, especially the screencasts. They appear to be a bit older, so Inkscape versioning might be an issue, but I’m betting that it will mostly translate.

Oh heck yeah. L-systems are pretty great. My one caveat there is (and this could have been from an older/buggier version of the L-system extension) it’s easy to toss something into the L-system code that breaks the extension temporarily while it’s live-previewing, by asking it to do something that expands infinitely or impossibly or otherwise similarly unreasonably, at which point if stuff just stops updating for you you’ll want to just hard-quit and restart Inkscape instead of waiting and waiting and waiting. So if you’re puzzling out some new little L-system variant, copy to clipboard often while you’re tweaking so you’ll still have your draft around if when/if it crashes on you.

I’d picked up a Cricut paper cutting machine in late 2016 (which has turned out to be a strong gateway tool to going for a Glowforge late this year) and had a lot of fun cutting out variations on L-system generations: 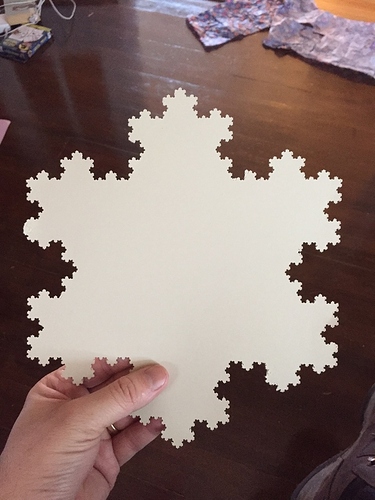 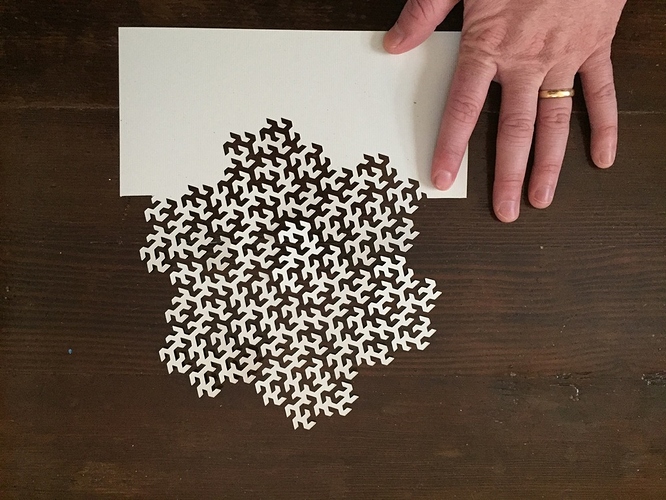 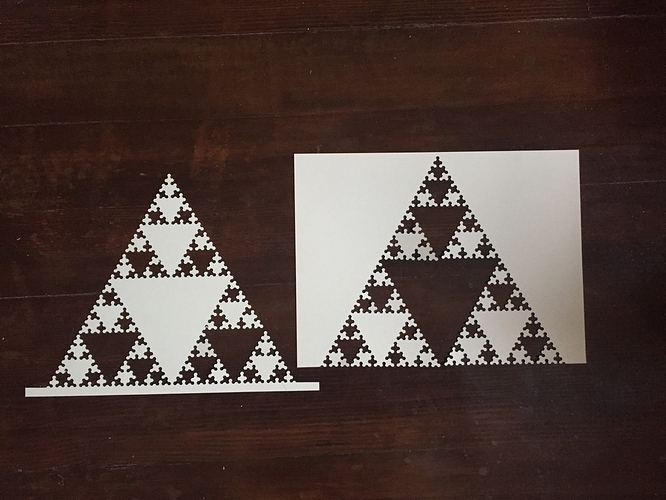 I got my Cricut in 2015, and like you, I think the things I learned with it were a huge advantage when it came time for Glowforge. I think that a lot of the overall direction of the Cricut design software is where the Glowforge app needs to go.

The Cricut Maker looks interesting, but dunno that i need it now, I have this fancy laser, you see…

One other I had lurking in the comment buffer: a modified dragon curve (with I think 72 degree angles vs. standard 90 degrees), because a true dragon curve is sufficiently space-filling that it’d just leave you with a bunch of confetti. 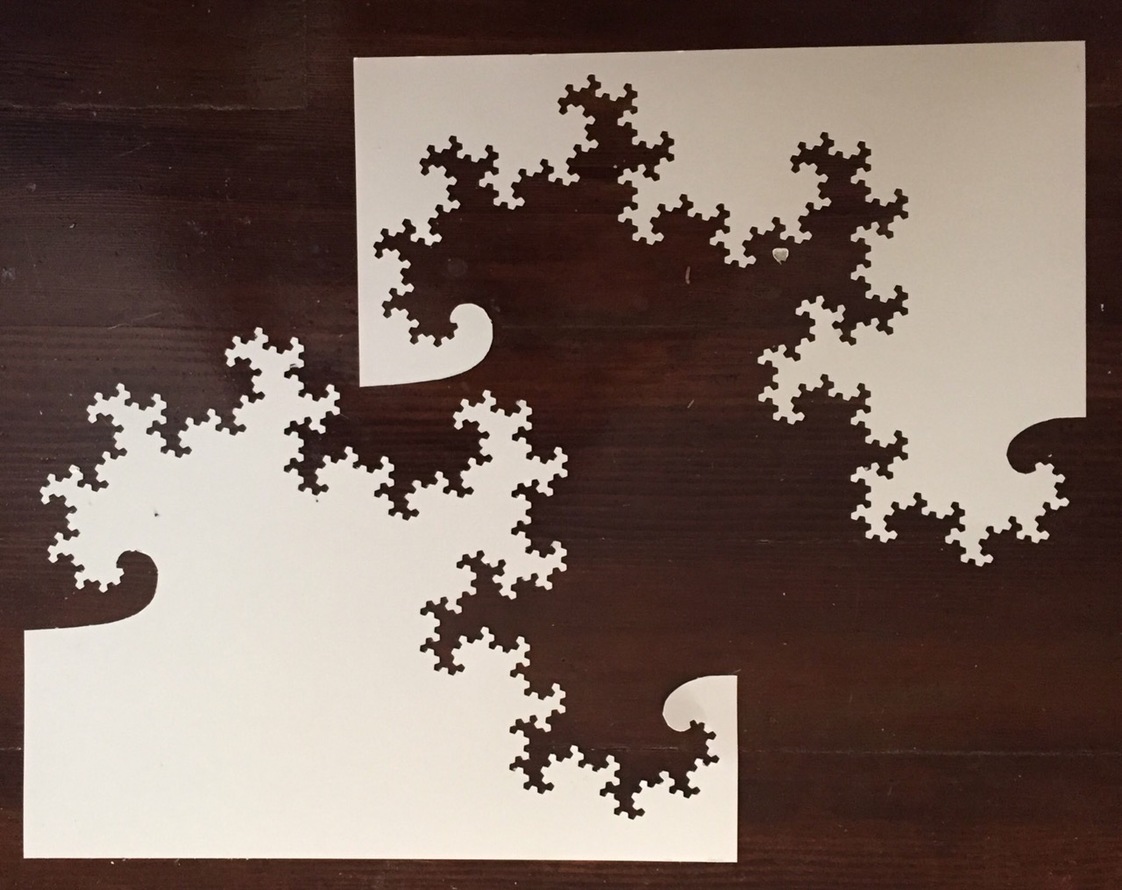