Advice on hardwood and thick acrylic

We have a wood supply company nearby and I just couldn’t help myself… so I bought a bunch of wood (very cool patterns and colors). I probably should have checked before buying it, but… oh well. Turns out, I really like hardwoods.

Does anyone have advice for GF settings to cut/score/engrave on:

As hardwoods goes, these are all supposed to be comparable to ironwood.

I also got some thick acrylic pen blanks (rectangles that are 0.82" x 0.76" x 5"). You’re supposed to lathe them and drill a hole and make a pen. But I’m hoping to use the GF to slice them into 1mm-3mm thick long rectangles before cutting/etching/using. I’m kind of thinking about using magnets to hold the position, cut/score half-way, then flip the piece and cut/score the other half to make thinner strips.

Does anyone have suggestions or experience cutting/scoring/engraving/thinning stuff like this?

I don’t know about laserinf but I do suggest you cut the acrylic with something more traditional. It’s pretty thick. And with the purple and yellow heart, they will both fade to a gray over the course of years. That process will be slowed if you put a film finish like lacquer or polyurethane over it and will speed up if you leave the item in the sun. Try leaving a small price in direct sun light for a week and see how it changes.

Lie to the laser and pick on of the PG hardwoods, then change your thickness inside the engrave, cut, or score. Going to manual will give you the PG settings and you can start from there.

Out of those 4 hardwoods I’ve only worked with Purpleheart and Yellowheart. The Yellowheart I had was 1/8" and engraved well using 70% power/500 speed/340 LPI. For the cut I used full power/175 speed (obviously you’ll need slower speed and/or multiple passes for 1/4"). I’ve tried both 1/8" and 1/4" Purpleheart and could only cut the 1/8" (for some reason I didn’t record those settings).

Here’s a sample of the Yellowheart I worked with: 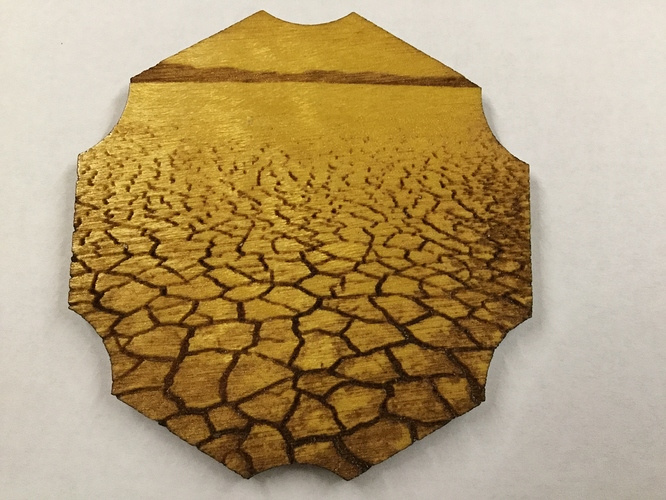 This is all great feedback.
And @rhenley: WOW – love the engraving!

Nice score on the wood! I tend to buy now ask questions later too

. I’ve been hoarding some purpleheart waiting for just the right project. If you get some good settings dialed in, let us know.

But I’m hoping to use the GF to slice them into 1mm-3mm thick long rectangles before cutting/etching/using.

I’m worried you might be disappointed as that’s some pretty thick acrylic. Even if you can get it cut, I doubt it would have a real clean face. Hopefully I’m wrong though and someone has the answer for ya. There has been some experimentation with thicker acrylic. The setting will be a bit different now as the software has changed, but the concepts might at least get you started.

Yeah, it really didn't seem like 5 hours! Time flies when you're having fun.

Well, I tried to resist saying it, but the Glowforge really is bigger in person. And this is coming from someone who already owns a laser cutter with a very similar width as the Glowforge (within 1 inch). And it really is a sleek lookin' machine; it looks better in person as well, IMO. So… let's see, what did we do that whole time? I guess if I was a better planner I would have made up a list of thi…

My limited testing with purpleheart shows it a very hard wood, so takes more to cut cleanly, but can do.

I would use something other than the Glowforge to cut the material down to size (thickness, I mean). 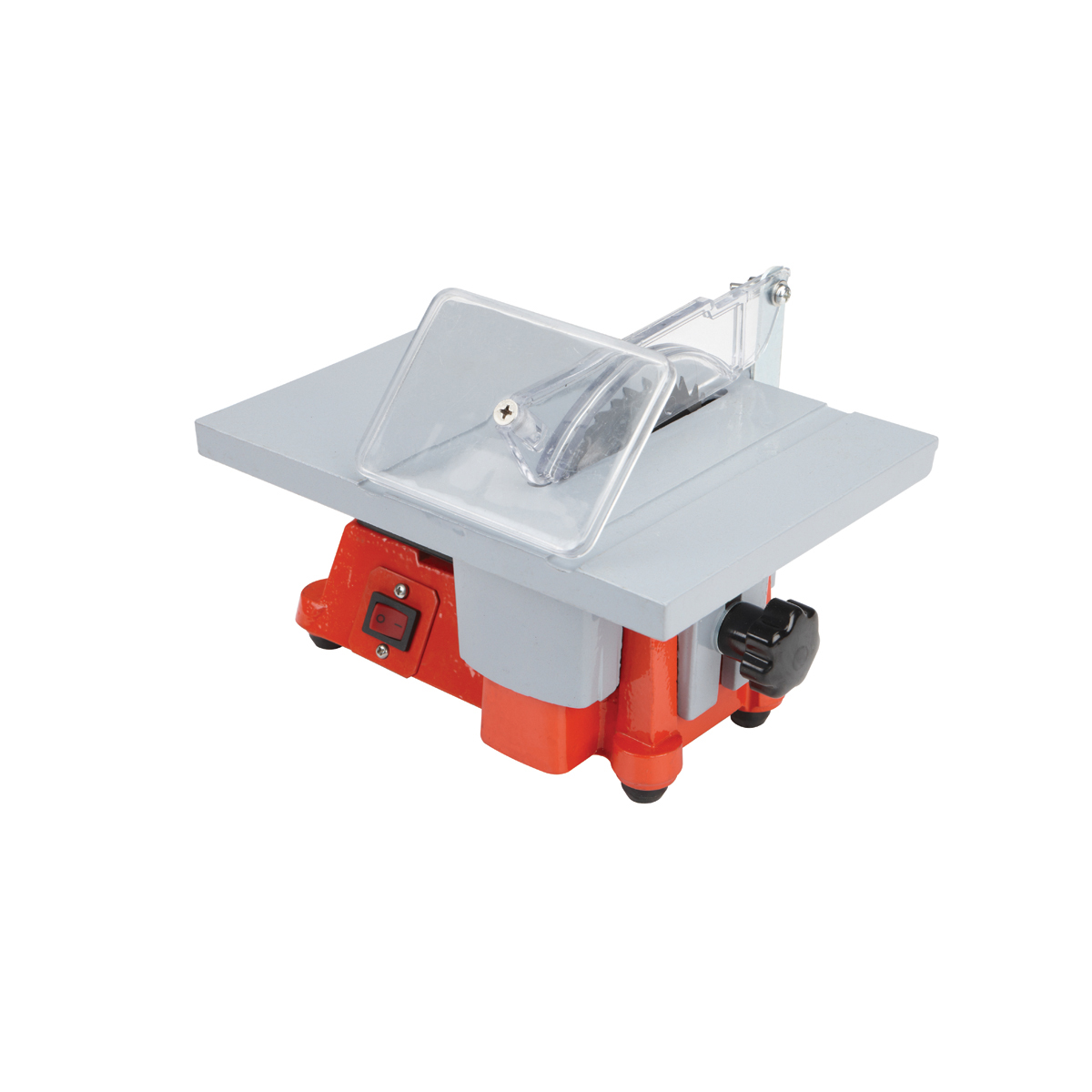 4 in. Mighty-Mite Table Saw with Blade

The 4 in. diameter circular saw has 2 miter slots for cutting precise angles with no hassle. The mini table saw includes a blade guard and eye shield for safety. A quality mini table saw for the home or workshop to get smaller projects done while...

I would not advise using a table saw to cut the Acrylic. It can be done , but the saw kerf wastes a lot of material and their is a large chance for kickback due to the plastic melting while cutting it. It will also have a very rough surface after cutting.

Please, just buy some 1/16" or 1/8" Acrylic sheet. The results will be much better and you wont hurt yourself.

I agree about not using a table saw – the kerf is just too big and too much waste. I was thinking of something like the dremel jigsaw – thin blade, variable speed, table attachment (not handheld for straight cuts).