After seeing some really fun projects that utilize UV-cured resins from @cynd11, @PrintToLaser, and others, I think I’m ready to give them a whirl.

Any recommendations on getting started? A Bondic pen starter set is ~$25 on Amazon, but the led looks a bit wimpy and the refills seem pricey… Is there a better approach?

This is the site that I have bee using:
http://ultradome.com/supplies.html
They have some nice 1 part UV cure resins

There is also this site. I have some resin from them, but have not tried it yet. 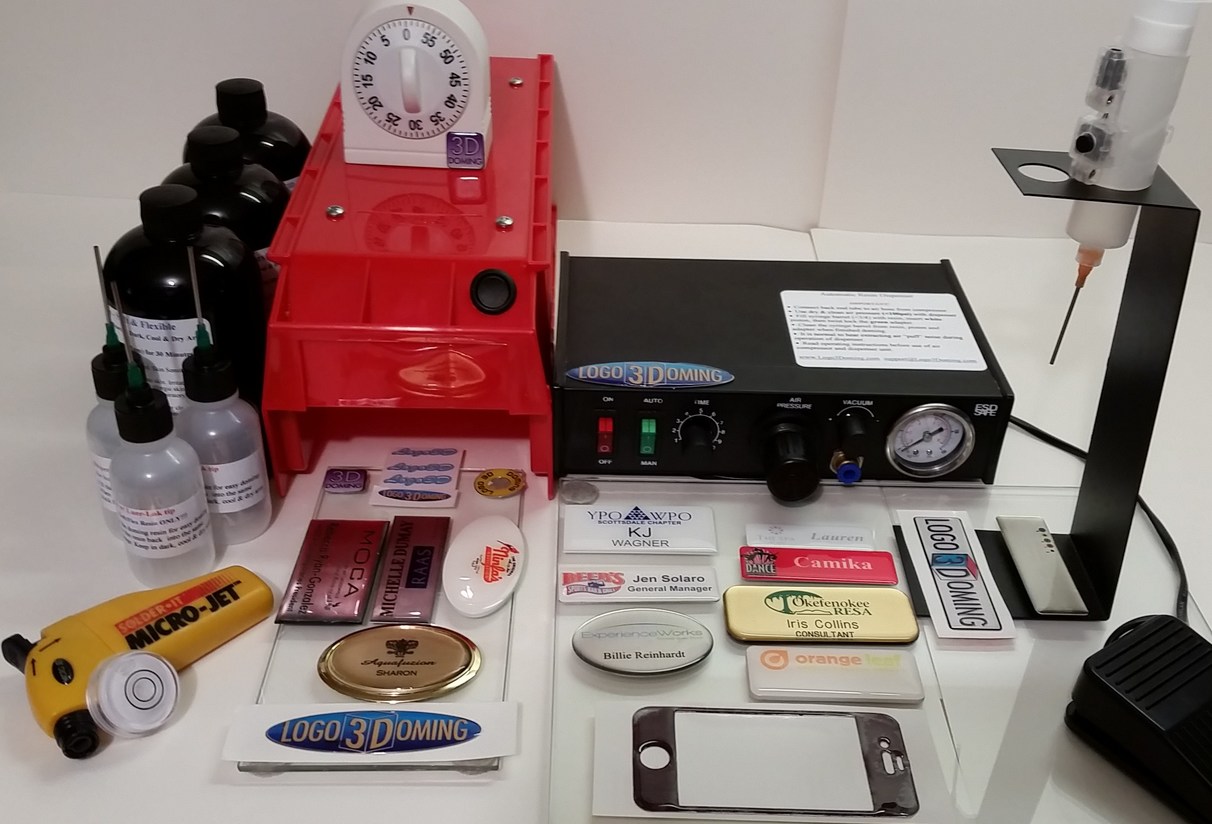 Bondic is what I used because I got it as a stocking stuffer. I understand you can get a liter of that stuff for around $50, so that makes what you spend on those two little squeeze pens of Bondic look like robbery.

What type of UV light do you use for curing?

It’s a little LED plastic doo-dah that fits on the end of the ‘pen’ like an eraser. Looks near UV to me just judging from the color. I don’t know, but it sets right now in small (shallow) quantities.

I have a unit I bought on Amazon. Its used for setting nail polish. So its large enough to put both hands in. I found that the reasonable ones work just as good as the expensive ones. I can place larger items in for curing and just go back to working on something else. I love working with resin.

I use the Ultradome stuff as well, and a nail UV light as well. But it also cures in the sun, in about 20-30 minutes.

The UV curing resins can be finicky though. If the surface is not clean, or is of the wrong composition, they won’t cure. I’ve not yet found a liquid colorant that will allow the resin to cure, although powders seem to work okay.

Can you just mix the powders in? Do they have to be not-opaque to let in enough UV for curing?

It doesn’t take a lot of powder to make the resin appear fairly opaque, and I didn’t have trouble getting it to cure. But your mileage may vary.

I most often use a 2 part resin from “Little Windows” it is crystal clear and does not yellow. They use a very thin sheet of transparent colored something. Its not cellophane but kind of like that. You add it in the back of one of your layers. Then that way if you have flowers or a picture it is not colored just everything around it. Then you can finish off the back with one last thin layer. Its not for all uses but works quite well.