I’ve spent an embarrassingly long time bouncing back and forth between paths & layers, trying to get Inkscape to behave the way I expect it should. Back in the Ancient Times, Aldus would have pulled this off pretty easily for me, but apparently it’s become somewhat harder these days what with increasing complexity and the desire to seem smarter than other unpaid competitors and all…

This appears to be either impossible, or only possible given a specific series of steps that are (at the moment) not particularly sensible to the casual practitioner. I know this is possible; I simply cannot figure out how to do it.

I’m missing something deeply, terribly, stupid, and it’s killing me.

I will now perform due penance by beating my head against the floor for an hour or two. Maybe three, if someone else can handle ringing the bell.

okay, so to start I would make my two circles like so ( I made them 100mm and 80mm diameters just for fun) 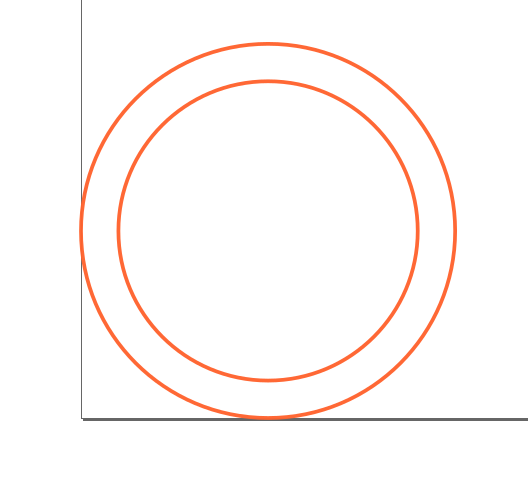 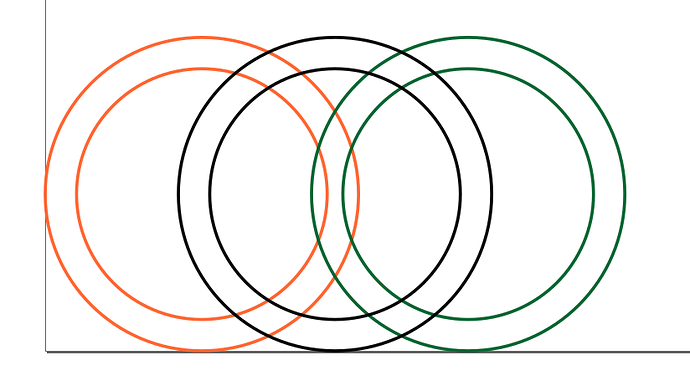 I made them different colors for ease of reference. This is our base. From here I made a copy of the small and larger circles for ease of use in the boolean operations. Ctrl-C and Ctrl-V work just fine, and it really doesn’t matter the color as we’ll be deleting it later. 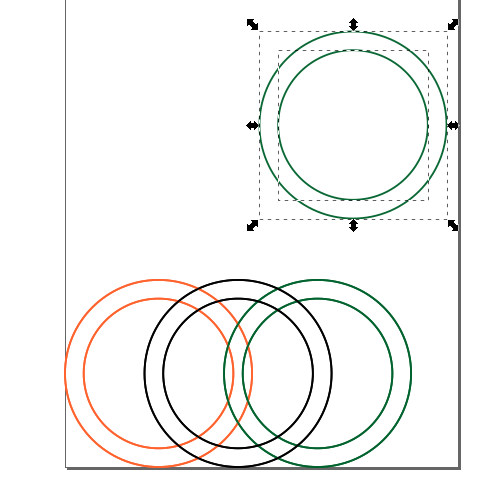 Now, onto the meat. for the inner circles, I took the difference of the large green out of the small orange, and vice-versa. 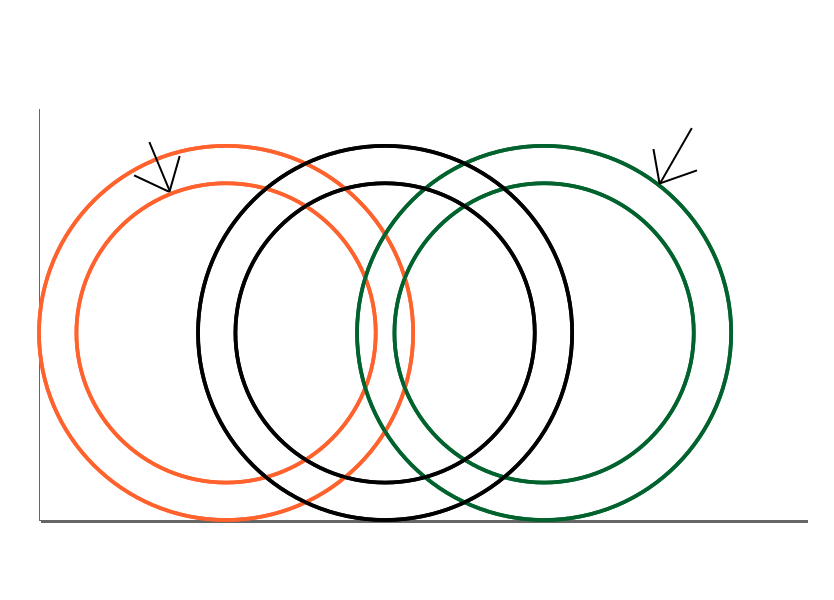 Note that which circle is on top matters for the difference operation, you want the one being removed on top, in this case the orange being removed from the smaller green (I hid the other circles to make it less confusing): 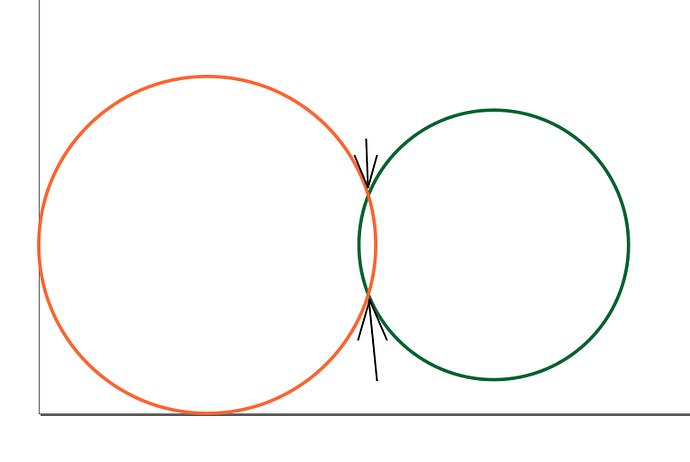 Now you should have these two circles: 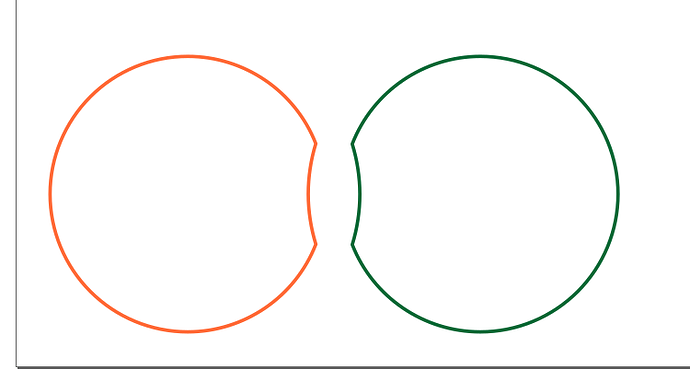 image.png750×427 18.8 KB
Save them somewhere safe while we move onto the rest (either on another layer, or just be careful to not move them) They won’t be needed until the end. I’ve moved them to another layer for organization, and have that layer turned off in the rest of my pictures. 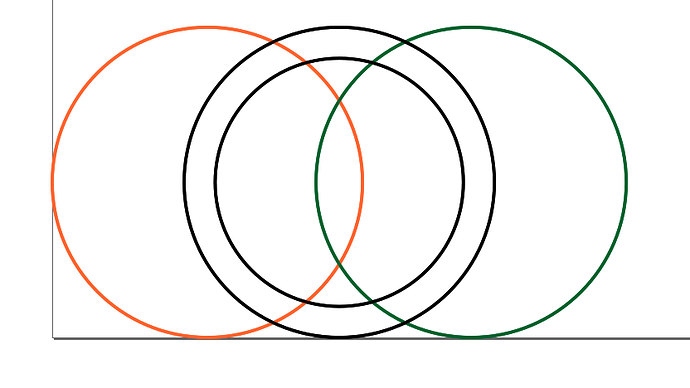 To create the outer cutline, its a simple union of the three big circles: 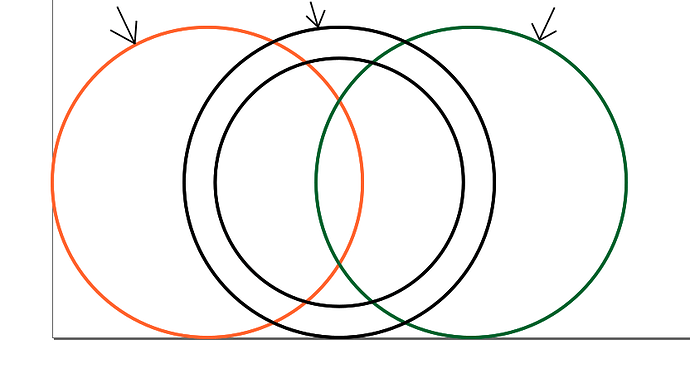 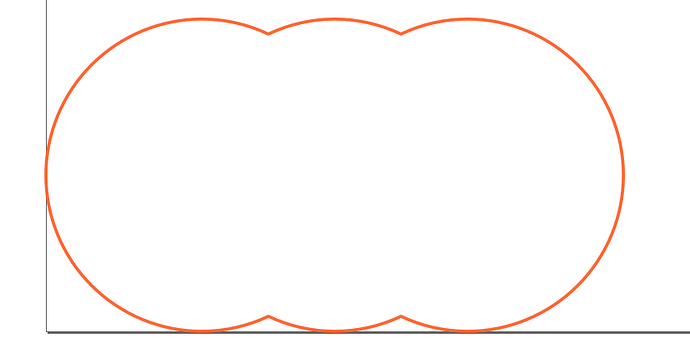 Again with a new copy of the original circles (minus the small green and orange circles), I did some more differences, so the order of the circles matters. We want the orange and green large circles to be on top of the small black circle: 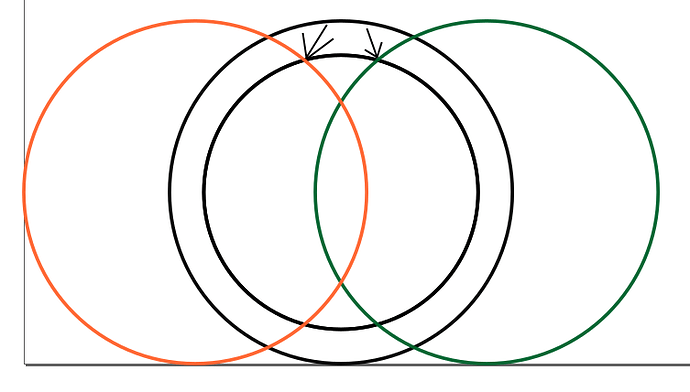 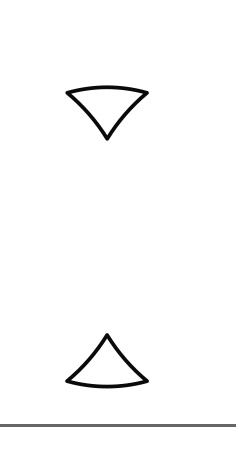 Now bring all the pieces back together and re-color as desired! 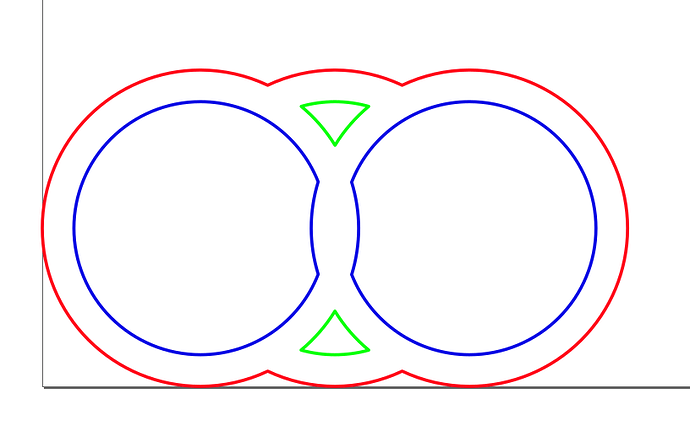 Hope this wasn’t too confusing, since I kinda wrote it out as I worked through all the steps! I’m also kinda tired, so things that seem simple right now might not be as simple as I thought…

@drelleum’s method is solid. I do it slightly differently, it’s always good to see different workflows… 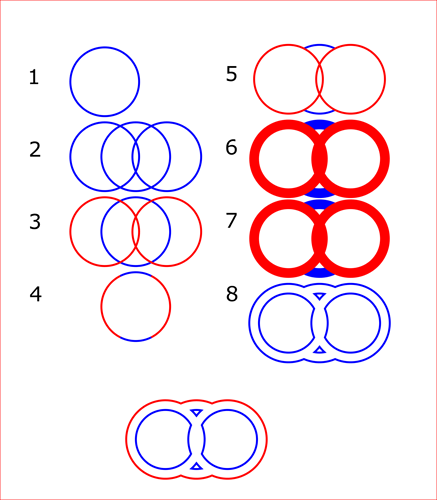 5.a PASTE IN PLACE (control-alt-v) red circles copied in 3.a

This changes everything hahah. I always keep having to realign things and it’s such a pain

I remember having the same thought when I started using it. So handy.

If you cant do it for some reason, I also do the following:

Copy item. paste it to the side.

Set a guide to a known node on the original.

Do boolean actions and whatnot as necessary.

Drag your copy of the original back to the guide, aligning the same node on the guide origin.

Delete guide. (optional, but guides start to be a mess)

Man, you can do all this with one button in Illustrator (and then expanding)! I didn’t know how good I have it!

Illustrator won’t let you crop strokes from within a clip mask though, and that’s apparently something that Inkscape can do I believe. C’est la vie.

for alignment (if not too many pieces) you can also bound the object in a box… copy the boundary with every piece you copy(group those 2) and move aside. when it is time to re-align just auto-align the pieces (with the boundaries) then make sure you delete the boundar(ies) before you save… (Does that make sense? )

Ctrl + d is duplicate and makes a copy over the original too. My laptop has a weird location for alt and I never use that combo.

I like duplicate but it bit me once when I accidentally double cut a line.

I switched to my current method, it keeps me out of trouble

Wow! So much activity for some simple stuff. But about alignment. When I have the outer shape defined I set the page size to the limits of the shape then the top bottom each side and middle are easily found based on the page, thus I often change the page size many times in a session depending on the need of the moment.

Thank you everyone, especially @drelleum and @evansd2 I really appreciate it!