And yet more beer holding

The problem of showing your work at work, is that other colleagues go “wait, can you make one for my brewery?” He at least brews “normal sized” bottles (luckily it was all parametric so a couple of minutes work - although laser joint made some very strange choices when I downsized it, and had to “reverse” the joints, which made it slightly less goofy)… And yes the logo is spelled right. 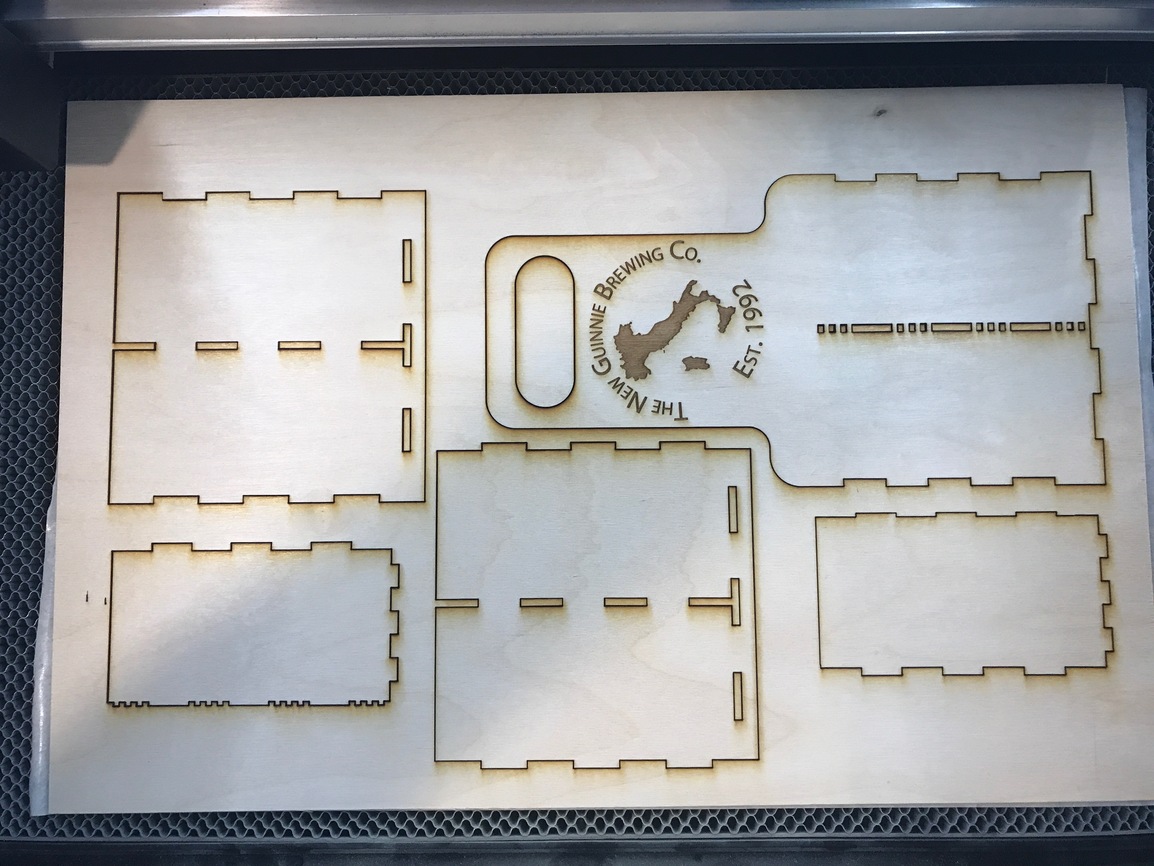 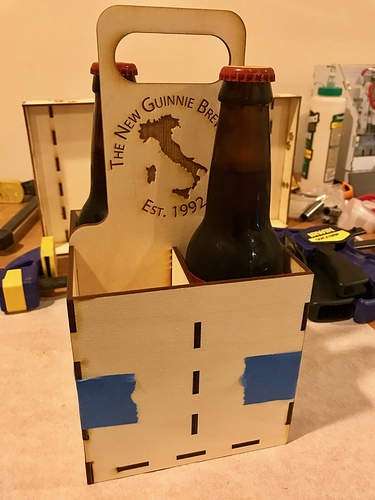 Chuckle! Prepare to make a LOT of beer carriers.

Chuckle! Prepare to make a LOT of beer carriers.

I plan to be the heroin dealer of bottle carriers at the medical center. First One’s free!

It sounds funny, but I did that with cinnamon toothpicks in 6th grade. I made my own with some cinnamon oil from the store (far stouter than the wimpy store bought toothpicks). Gave my first batch away for free, and after that .05 apiece. Made about $30 a day (mid 80s) until the principal shut me down. Parents were complaining about their kids rubbing their eyes after handling my toothpicks. The principal was cool. He told me I had to stop but bought out my remaining inventory 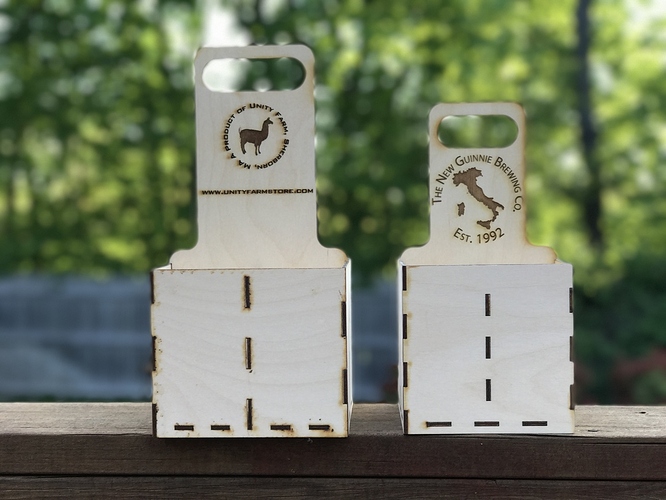 A 4-pack?? Nobody ordered the party pack

A 4-pack?? Nobody ordered the party pack

I love that my colleague felt the areas where the mask came up with some residue were a positive (since he likes the look of branded beer barrels). Well that makes things easier!

Great work! (As usual.)
These things come as sixers?

Ha! That’s awesome. I bet you never thought you’d have a custom beer holder company when you bought the Glowforge. I can’t wait to see the weird niche markets people find themselves in when these things ship.
Kinda like how the internet can relay the collected knowledge of our entire species, but we use it to watch kittens…and talk to each other on cool forums.

I started to make a honey and cider infused liquor until I realized that I couldn’t legally distill it. So, I ended up with 5 gallons of 23% ABV beer. It was quite a hit, but most guests couldn’t drink more than a glass. The women enjoyed it as a 50:50 mix with peach or berry puree.

but we use it to watch kittens…

OMG, with a few changes to the parameters: 4-pack of kittens carrier for my wife’s practice!

These things come as sixers?

Both of them noted they rarely like anyone enough to let them have more than 4 bottles!