Thanks to @marmak3261 for the SVG on his post, because it only took me about 20 minutes to make this on my snow day: 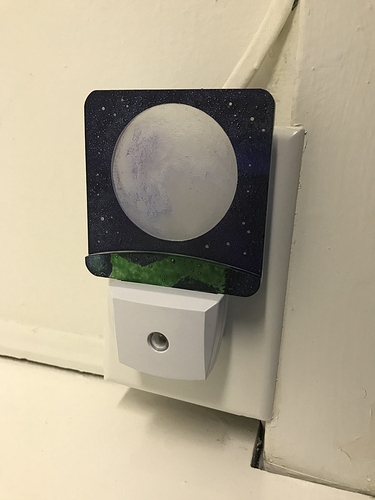 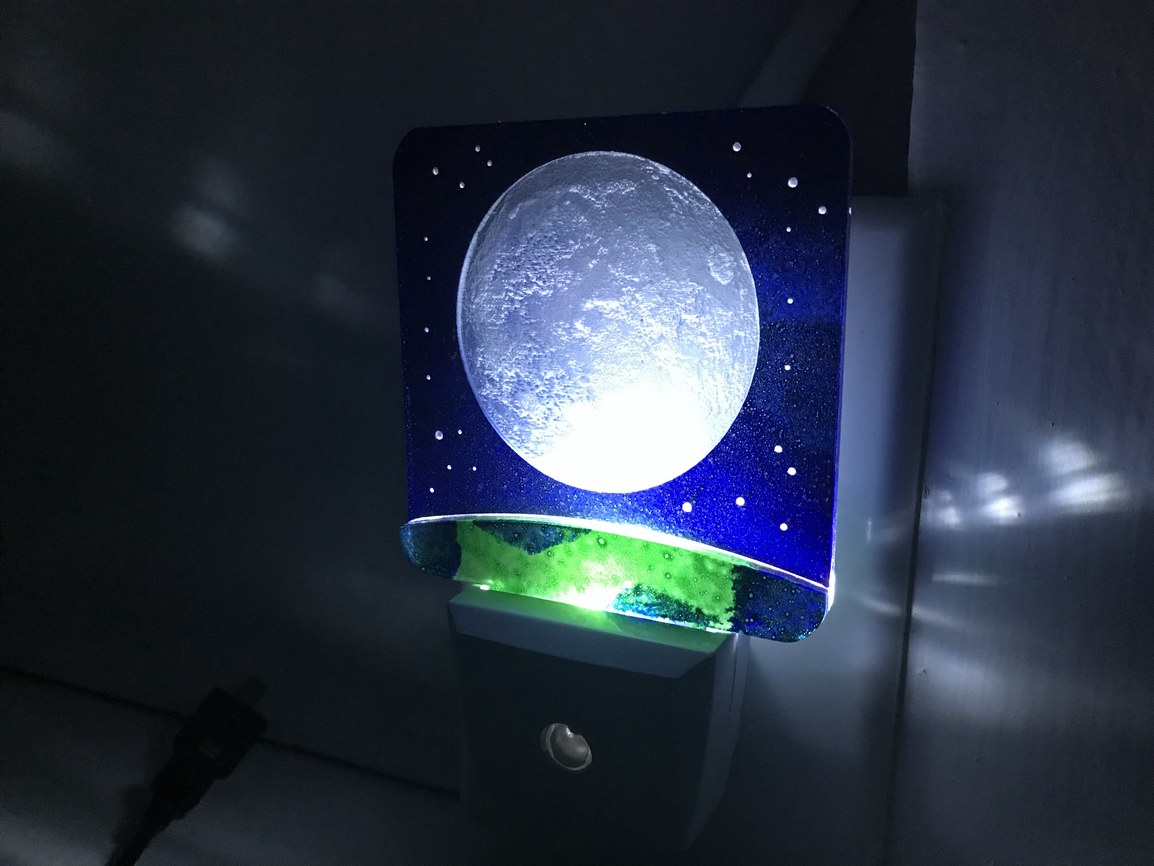 It’s my usual trick of Pebeo stained glass paint , the upside is when you do it on acrylic you don’t have to gently etch it away in three passes.

I’ll definitely be putting something like this on the ole 'etsy store once I get it up and running. Of course, first I’m going to need to get a commercial license on that moon image I got from Adobe Stock.

If you get an image by NASA photographers, the photos are in the public domain:

Since its creation in 1958, NASA has been taking pictures of the Earth, the Moon, the planets, and other astronomical objects inside and outside our Solar System. Under United States copyright law, works created by the U.S. federal government or its agencies cannot be copyrighted. (This does not apply to works created by state or local governments.) Therefore, the NASA pictures are legally in the public domain. Photographs and other NASA images should include the NASA image number if you have i...

LOVE your nightlight! You can never go wrong with the moon!

What a cool technique! I love how your moon came out.

That has such a nice effect!

it only took me about 20 minutes to make this on my snow day:

Nice job !! That came out really well! But what is this “snow day” phenomenon you speak of? (Supposed to be 92 degrees in Tucson today