I had held off on buying an Apple Pencil because it seemed like a lot of money for a tiny little thing I’d be prone to lose, but one of my sons got me one for Christmas, and I’ve seen the light! It’s ever so much better than trying to draw with a mouse, or even a stylus. The game changer is that you can actually rest your hand on the screen, which makes drawing with it feel totally natural.

Yesterday I was able to screen cap a blurry frame from a video of my granddaughter doing a karate kick, draw around it with the AP, and make an awesome silhouette of her that I can now use to make some karate-themed things she’s been wanting. 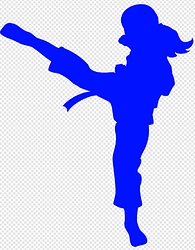 This is what I was hoping for. If my MBP gives up I’m getting myself a padpro and apple pen. Maybe wait it out for illustrator for ipad…

You make me want to explore again. I’ve had this for a while…

I remember a discussion once about the cost of apps:

It was about people complaining about having to pay more than $.99 for an application. Didn’t matter what it was, or what it could do, or the amount of man hours that went into the designing of the program, it all came down to the simplification of the under a dollar pricing that most apps had. I was in the same boat for a while, mostly because I was in my late teens when modern smartphones started to become popular (I remember my friend having the first Droid and me being so jealous…). Anyway, time passed and I began to understand the difference between a $1 app and $10 one, it all came down to what you were getting. Originally I was looking at games that had been remade for mobile platforms and scoffed at the $15 price of some of them, but in hindsight, the originals were $20, and you had to sit at home on a standard definition TV and had to have memory cards, controllers, etc., but in this case, they were now mobile chock full of nostalgia and not needing to share the console with your siblings!

Sorry, kind of got off subject a little, but my point being is that I haven’t really wanted to spend more than $5 for an application because for some weird reason, I just couldn’t justify it. Sure, I could throw $1000 at a new iPad and another $100 at an Apple Pencil, but $15 for an app!? Highway robbery. Basically gotta get my mind right haha I think because of this post I may pull the trigger on Affinity; I’ve been using Adobe Draw and it works fantastic for basic drawing. It has layers and a ton of different brushes, so so far I’ve loved working on there. Plus it’s free!

I got my iPad Pro and Apple Pencil a few months ago because I wanted to be able to draw vectors when I’m not in my home office. Let’s me spend more time with my spouse.

LOVE IT. I’ve had to start learning Affinity Designer, but c’est la vie.

I love hearing others rave about the AP…it’s one of the best things I’ve ever used. Smooth, responsive, accurate…I could go on and on. You are going to have such fun! Great idea to make the silhouette in that way…it looks fantastic.

I don’t have an iPad/Apple Pencil, but I have a Wacom Cintiq and have had more than one laptop with a similar touch/stylus display… I can’t even draw, but I still find having stylus input invaluable.

I also have a Wacom for my iMac and I love it. The Apple Pencil on the iPad screen is to me though, a quite different experience.

Nicely done! I got a Google Slate with pen for Christmas… Inkscape runs nicely as a Linux app, very responsive! I haven’t had much time to play with it yet, but it converts smoothly between tablet and laptop mode and the pen is quite smooth.

Can you rest your hand on the tablet while you draw? That’s the part that feels most like magic to me!

Again proving that our amazing GF’s and a bit of experience gives us no limits!

My Pixel Slate should be here in a few days… didn’t even think of using it with the Glowforge, but it could be idea. I got the pen as well, but I can’t draw my way out of a wet paper bag so it’s rather a moot point.

Pretty much everything I’ve made this year is thanks to the iPad Pro with Apple Pencil I bought earlier this year, post GF arrival (you can see a lot of my stuff on Instagram @amepixshop). Entirely a game changer.

The app I mostly use is the free Adobe Sketch app-- it imports directly into Adobe Illustrator with literally a click of the button, and I can use Pathfinder tools to quickly merge all of my strokes into one object, and go from there. Serious game changer.

(@geek2nurse, yes you can totally rest your hand on it when it’s set to only detect your pencil)

Also, for those not used to buying Apple products (my fam had first Apple II+ in the early 80s, and I’ve been loyal ever since) – I always recommend going to the Apple Store page online, scrolling to the very bottom and click on refurbished. These are like new, same packaging as new, have same warranty-- but are 10-30% off. I’ve bought most of my computers and iPads this way for many many years. The inventory changes regularly so it’s worth monitoring daily for a while to get the best deals. No reason to buy new when you can do this.

That will be great for her! Nice job!