Back to the Future Time Circuits

Hey! Just wanted to share a project I made almost entirely on the Glowforge.

My friend’s wife contacted me to help execute a Back to the Future themed surprise party. One of the things she wanted was a prop. I picked the time circuits.

If I had unlimited time and budget, I would have tried to make it fully operational (as a clock, not as a time machine control panel). But I was short on both time and money for this kind of thing, so I decided to fake it. 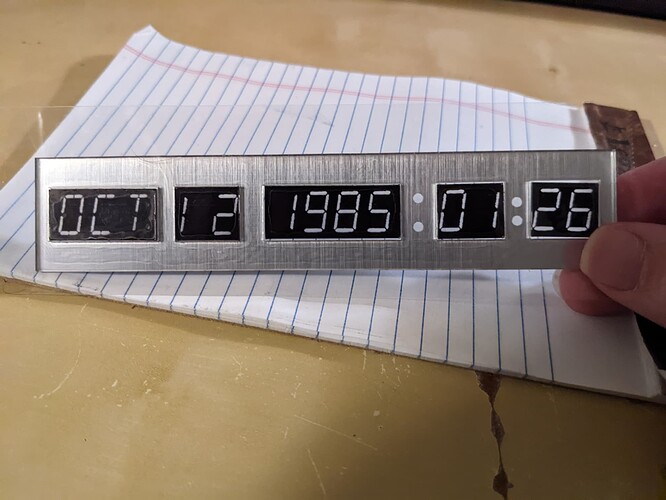 In terms of specialty materials, I got some 1/16th Torlase reverse. Black/Clear and Brushed Aluminum/Clear. The idea is, you laser off a mirrored engraving on the back, then in my case shine light through. The black was used for the digits and the silver was used for the face plate. 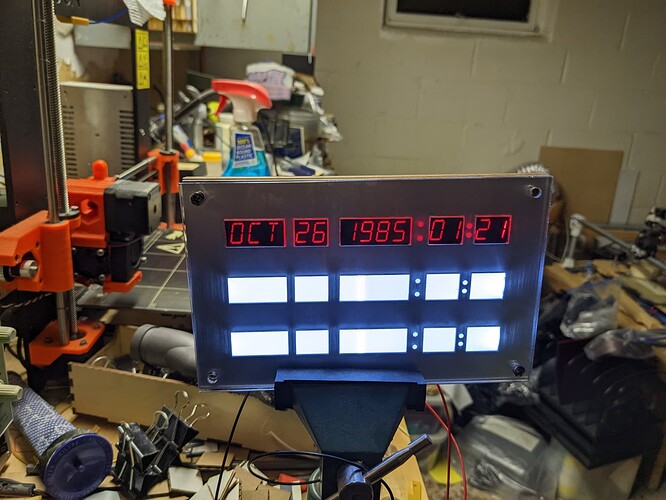 Uniform lighting was going to be a problem. My initial plan was to use the appropriate colored LEDs and figure out how to do diffuse them. Digging through my junk drawer revealed my collection of appropriately colored LEDs weren’t nearly bright enough, so I opted for some backlights from Adafruit with colored gels to set the LED color. As you’ll see, this wasn’t entirely successful, but the red looked good. 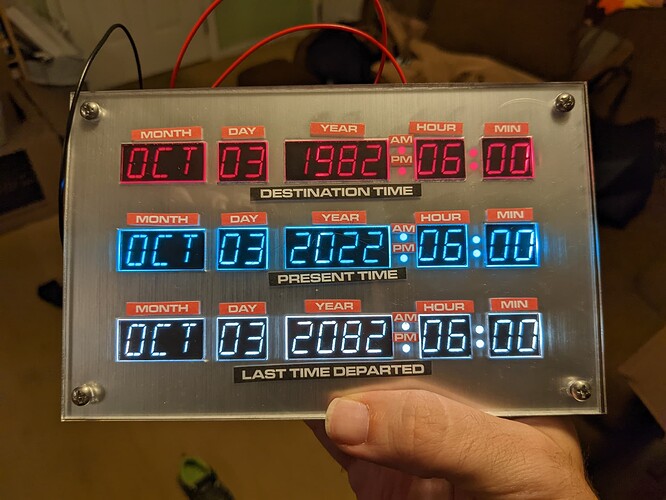 The Amber and Green came out more white and blue, but by then I was short on time and there wasn’t an easy way to figure out if replacement gels would do a better job.

The stickers were printed on a full-sheet adhesive page, cut out with scissors, and applied with tweezers. 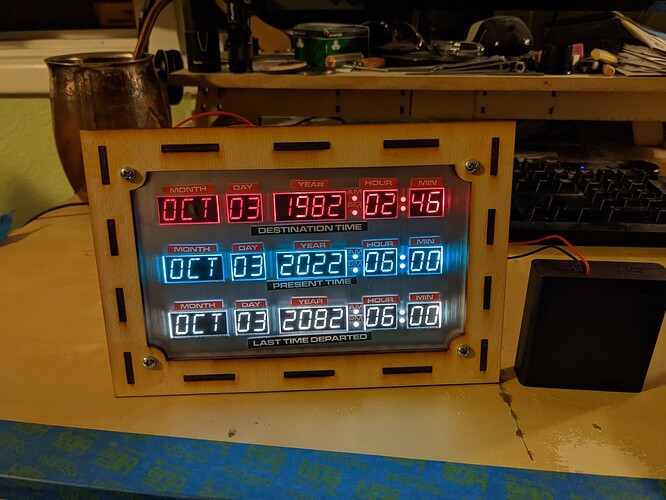 The whole thing runs on 4 AA batteries. Should run for about 20 hours on them. I lasered the frame out of 1/8th inch plywood and used some 3M Dual Lock to attach the battery compartment to the back of the frame. It has a built in switch. 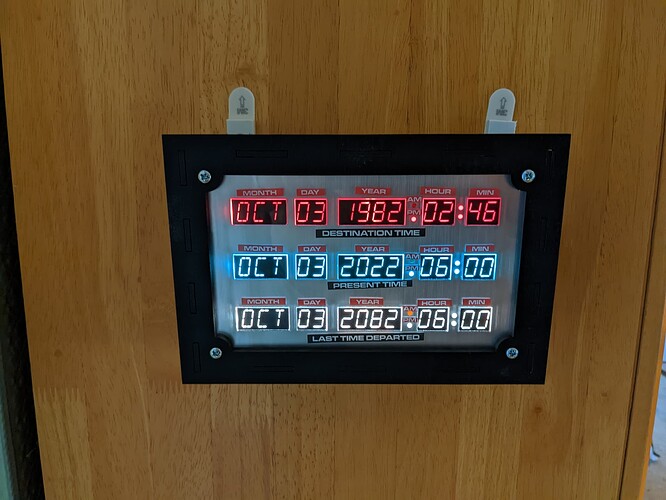 A coat of black paint on the frame and it was done. If I had it to do over, I’d probably use regular brushed aluminum instead of reverse stuff. The bleed through of the light under the stickers would be less pronounced. I also might thicken it up by another layer and use that space to do the time/date lines as one continuous bar instead of tiles. That would keep the light from bleeding through around them. The assembly is a little harrowing, too. I used the fasteners I had, which involved cutting and filing some screws and makes final assembly a little bit of a hassle. It had briefly been my plan to make a set of additional tiles so my friend could customize the dates, but with the difficulty in putting it back together it was clear he’d never actually use them.

I’m pleased with how it came out. The whole thing was designed/sized to be desk/table display appropriate. I might rewire it to run on a USB charger instead of batteries if he wants me to. 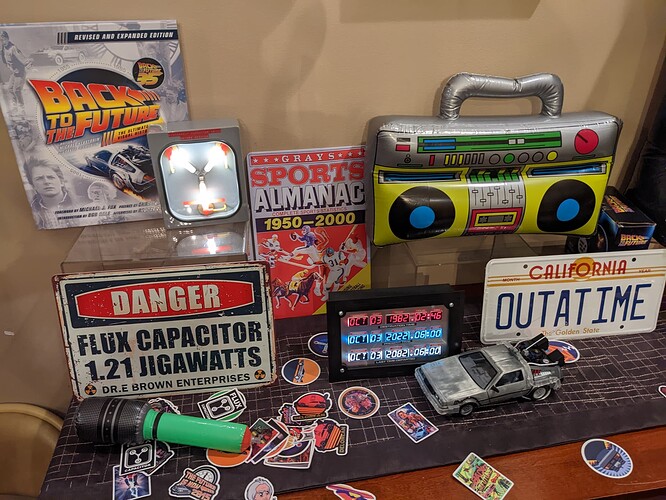 Anyway, what do you think?

I think you did a great job.

This is great! What a great addition to your friend’s party.

That’s pretty cool! Even got your flux capacitor ready to go!

What a great job!

If I had unlimited time and budget, I would have tried to make it fully operational (as a clock, not as a time machine control panel).

Aww, man! I wanted you to say you would make it as an actual time machine control panel. lol

I agree, it looks great!

Great project! Back to the Future was a big favorite when our kids were growing up. Plus the husband.

that is off the chain, amazing

What a great prop! Should be a fun party—there are so many iconic characters.

All I had to see was the title and I knew this one would be super exciting and amazing! And it was!

I have a friend with a DeLorean, but he has no desire to “convert” it as the cost and effort is huge and he uses it regularly. It’s just a show car. They show up at our car shows often.

The actual Bond Lotus that went in the water in The Spy Who Loved Me is here in Atlanta as well, and shows up now and then. We have the biggest monthly car show in the world every month, typically over 2000 cars on show, not including local clubs like Mustangs and Challengers that typically gather in the regular parking area.