Basket Weaving - not where I am going but

I am still trying to create a conversion from the 4" Glowforge exhaust to my filter that has a 10" opening and I have finally decided on Celastic to make the majority of it, but it needed a frame so I quickly designed a frame for it to go on and having done so realized it would be a base for many other things. Primarily if one had long scraps of fabric and wove them around loosely but tightly packed down it would make a very nice decorative item. I no longer have such fabric but felt that others could make use of the idea.

I will have to upload the finished picture from a different source. 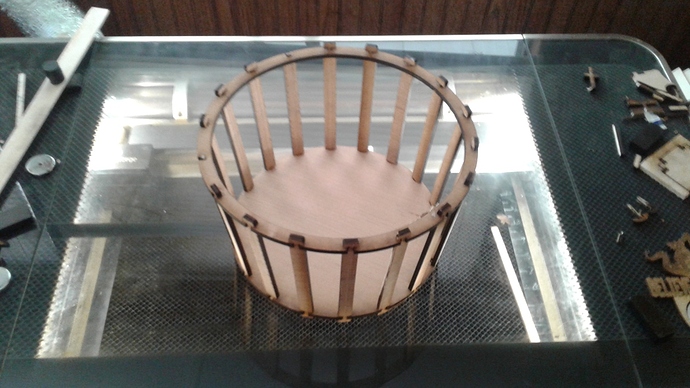 (Similar woven fabric concept to this from last year…a little sewing basket I worked up to store the larger Janome tools.) 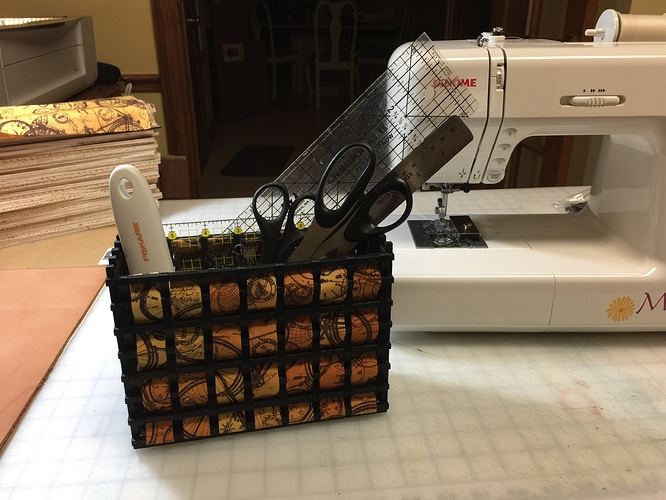 The vertical elements were wider but I made them thinner so the whole thing could fit on a single sheet of material.

Having thought more on it it is opening a new rabbit hole for furniture using 8 and 12 sided circular columns with lots of teeth.

not as neat as making your own, but one of these might serve if the seam was aluminum-taped. 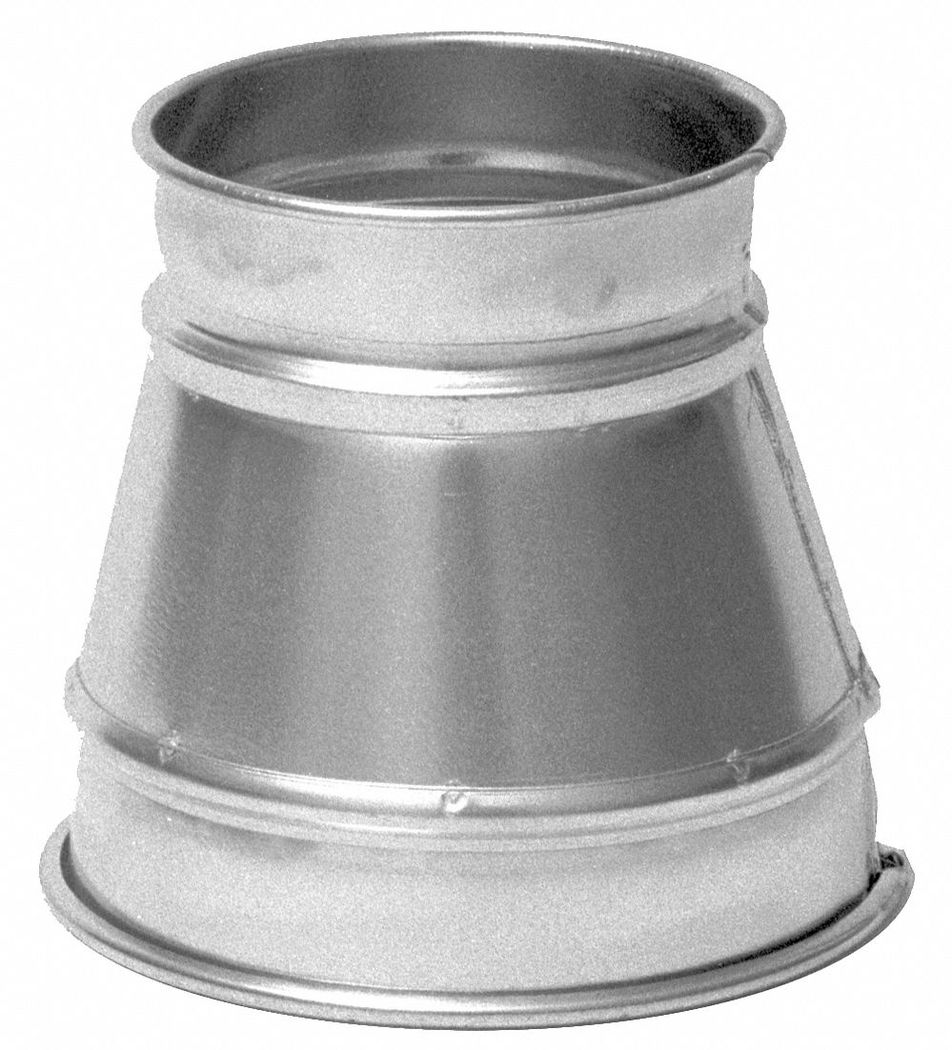 12" long direct in line would take more room than I am looking at and more as the duct is supposed to go on the inside and the filter opening is also the female bit so would need at least 4-6’ more for that midpiece.

It will not be as nice as originally designed but it will set up a centrifugal spiral that will throw larger pieces out from the center. It will also reach 4" beyond the face of the filter instead of 12+.

gotcha, I was imagining one of the large rolling filters like this:
https://www.bosslaser.com/fume-extraction/compact-filtrabox-fume-extractor.html

Wow And I thought mine was pricey. Still it is far from small and 500 CFM max is a lot of air movement with considerable ability to clean out even an open area. However the main issue is that I have very little room anywhere and the side spiral intake will be far more space efficient than even the 12" depth of the commercial intake would suggest.

yours sounds superficially similar to the Purex filter that boss also sells (3-stage, pre/HEPA/Carbon) about which they say

This unit is best to use if your laser is processing organic materials such as wood, paper, most fabrics, cardboard, but does not filter strong acrylic or rubber fumes or gasses. If you will be processing plastics or acrylics look at our industrial FiltraBox fume extraction systems.

Acrylic cuts so nice, but boy-howdy does that stuff stink.

Thanks for the file.

This is a basket I made with your design. 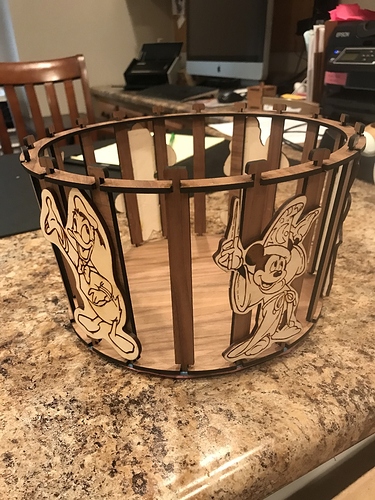 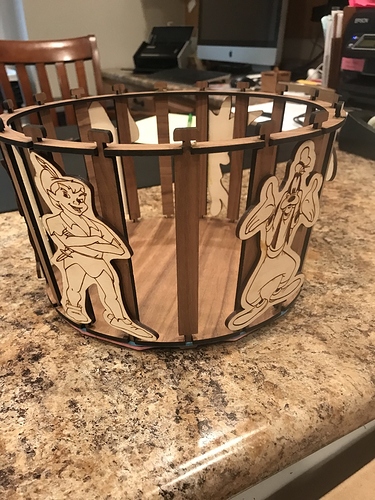 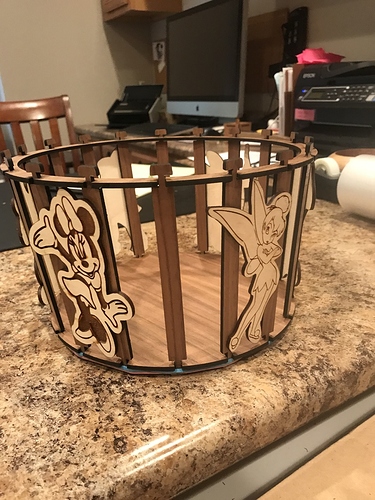 I forgot to take rubber bands of the bottom.
Thank you again foe the file.