So we got a major snow storm last night with 6" of cement to clean up this morning. Due to a freak problem with my snowblower had to do a bunch of hand clearing. So was really tired and achy and was really dragging my fat ass around! 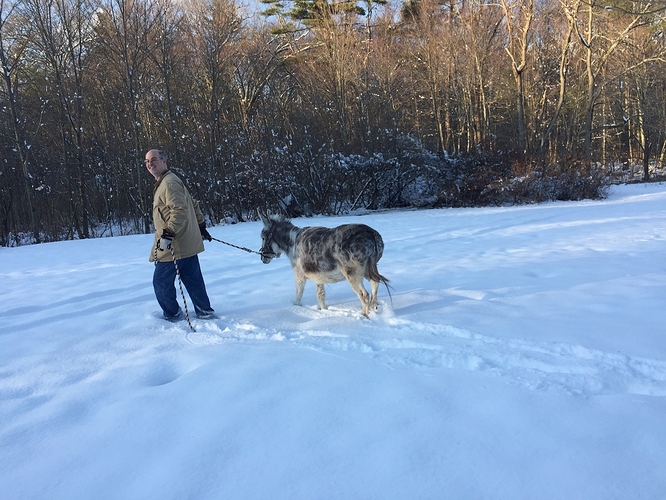 So for motivation to move around, my son is a third generation student at my old high-school called Beaver Country Day School, and tomorrow he is participating in a cookie swap in his advisory. Luckily he is quite capable of making his own cookies so this wasn’t a task for us. However we don’t have a beaver cookie cutter, but we do have a glowforge! So off quickly to google image search for a good shot of a beaver as the school logo makes a great engraving but would be way to intricate for a cookie cutter. In illustrator I image traced it and then did a 3mm offset removed the fills and put in some yellow

acrylic (yellow so we don’t lose it). 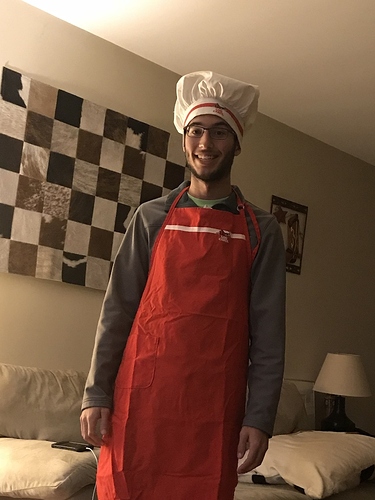 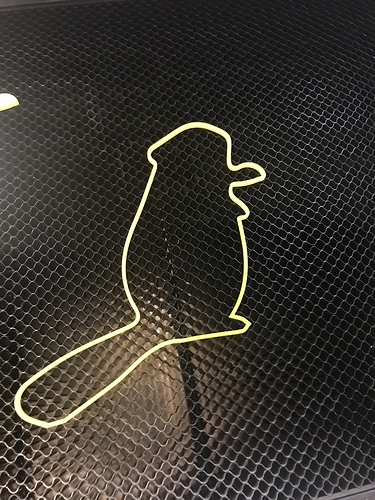 A quick thorough wash before use after removing the masking. 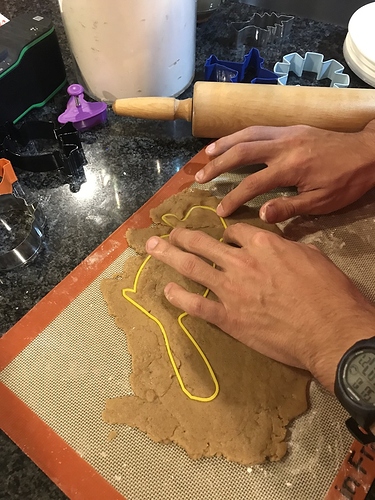 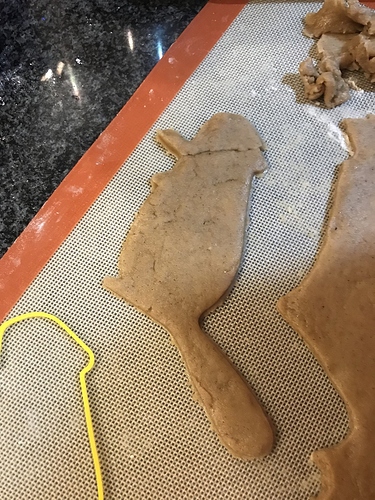 Great! A very efficient way to make a cookie cutter without engraving.

Did you know you can get roosters to ride the donkey? Star seemed pretty cool with it and the chicken was walking around eating I assume bugs or whatever… (and warming his feet) 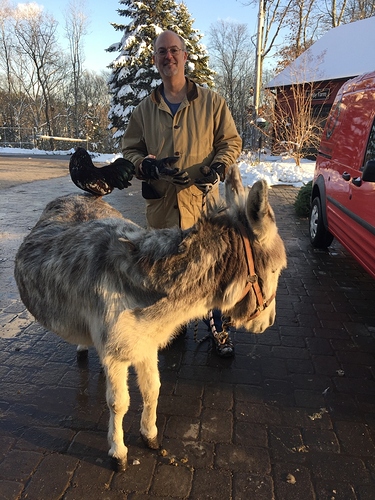 See, this is one thing I love about the laser. The applications are practically unlimited. In jewelry, it was always metal and stone, and always something on the finger around your neck or on your ear with few exceptions.

Henry!Bang out a custom cookie cutter - Stat! (your Burrow is adorable)

You’ve got a great start on the Breman Town Musicians!

Oh you cheeky monkey Henry. You know we are on our very best adulting behavior on this forum. We are kind, helpful and articulate with just a bit of poking and teasing. Then you mention a donkey, rooster and a beaver all in one post and it almost makes one believe you are taunting those of us trying to keep our juvenile minds under wraps. You almost got me too until it occurred to me I didn’t want to earn my first flag by commenting about searching for a good beaver shot. LOL

I will simply say with no apologies that your ass looks great from the back and leave it at that. Lovely donkey as well.

This is a great technique! Was thinking of firing up the Ultimaker to make a set of ninjabread men cutters, but this will take but a fraction of the time.

Lived not far from there for years!

Bremen has a statue commemorating the Bremen Town Musicians… never saw Cookies of them though… so a business opportunity there perhaps? 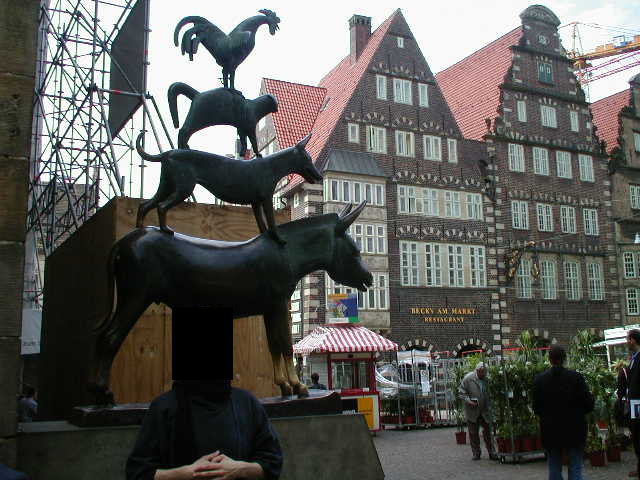 but this will take but a fraction of the time

Yeah, 3D printing these would take way more than the 2 mins it took. For some reason took forever to motion plan (5+ mins)

What?? It never occurred to me that it was a real town, and that they’d commemorate the story. I took Baby Isaac on a long walk today and told him a realistic-animal-noises-infused version of it, which he thought hilarious.

It is a lovely town and despite being ~60% destroyed through Allied bombing in WW2 it managed to preserve its character and many of its old buildings.

I used to live in Bremerhaven which was a bit further along the autobahn.

Hilarious post. Glad you found a way to help out with the cookie process - hope they taste as good as they look!

Very Creative solution. I’ll have to add that to my ever growing list of projects. Thanks for sharing!