I’m glad you went back and checked! Thanks for correcting my correction!

I know, Hyde felt it too!

The main problem with communication is the illusion it has occurred.

Almost gave up looking for it, I’m wrong often enough - a continuous source of joy for my Wife…

From one beginner to another i just wanted to say thank you @Jules for the excellent write up and the equally excellent test engraves.
It is fantastic to see the possibilities us Newbies can explore with the rapidly evolving GF.
On the other hand it has been great to see what the experience of @takitus can bring to the table even with his gammy tube.

Keep up the good work and post your experiments, even failures give the rest of us huge insight.

The main problem with communication is the illusion it has occurred. 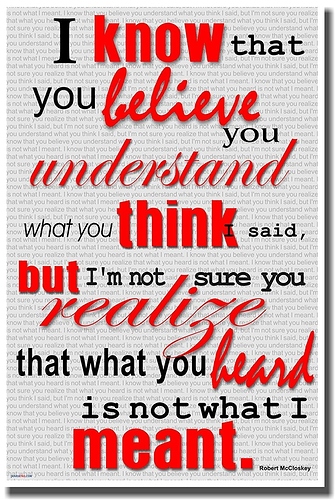 Can a pre-release user with a good tube theoretically reproduce the 1/2" engraving you showed or not?

Physically, yes, although the software’s changing fast and I don’t know how or if they could achieve the proper settings right now.

Any plans to send users with bad tubes a new one to try out user tube replacement?
Is the Proofgrade shop open at this point, only to people with Glowforges, or not at all?

Nothing to announce yet.

I suspect I made a mistake in asking to release 3D engraving capabilities before the design team felt the feature was ready. It’s caused quite a bit of concern.

do you think that can be fixed by release so that we can always rely on accurate camera alignment?

I thought to myself… “Was that disabled?”

Nudge does change with zoom level.

Nudge does change with zoom level

I think that was a little stroke of genius.
Please be sure to pass that on to the responsible party(s)

If it wasn’t @Tony, he’ll know who to thank for you.

I suspect I made a mistake in asking to release 3D engraving capabilities before the design team felt the feature was ready.

You didn’t. Everybody was asking. You answered. Sure it caused some concern, but likely not as much as not doing it. I think you can always rest assured that, good or bad, the more info the better.

I suspect I made a mistake in asking to release 3D engraving capabilities before the design team felt the feature was ready. It’s caused quite a bit of concern.

No way man! This was the single greatest announcement outside of the glowforge itself! 3d engraving is amazing. Cant wait to see what youve got in store for it!

I do not know enough to do one yet.

But I must repeat, I am NOT that good yet, so I can’t demo it for anyone.

If you have a project in mind and would like artwork/depth map generated for 3D Engraving, we could collaborate. I don’t want to come off as “pushy”, just extending an offer because I’m curious and have lots of time.

Well, I might just take you up on that later! (And by later, it will be several weeks.)

It’s one of the things I want to learn to do for my own education.

Right now though, I’m also trying to coordinate the creation of some tutorials by a bunch of wonderful volunteers for everyone’s education…so that needs to get done before I get to settle down to play.

Please can I haz a rain check?

Or even better…how would you feel about creating a little tutorial for everyone? I’d be more than happy to add you to the team, or you can create it out here and I’ll link to it. You might have missed the call for volunteers to write up tutorials back about 5 weeks ago, but we would love to have someone’s input who knows depth map creation. (Like REALLY love it.)

Yes, please @mpipes. If I can do tutorials, ANYONE can!

The new iPhone 7 has a dual camera system which apparently will allow you to create depth mapped images! This will be incredibly awesome if the 3D engraving feature of the glowforge works as promised. You’ll be able to take a photo of someone and have the depth map available for your engrave. Here is the example apple gave in their promo: [image][image][image] The first image is of course the original image. As the iPhone has 2 lenses it is able to see stereoscopically to determine depth, w…

Anyone know anything about 3d engraving files? Everything Else

I was going to post this in the free design category, where the tutorials get posted, but there’s supposed to be a file included with every new thread. So I guess here? If this belongs somewhere else please feel free to move it to a new home! So, just to be careful, I’m not looking for free designs and I guess you aren’t allowed to post files as examples. We’ll just have to use our words. Internet at large is telling me greyscale TIFF files, 300dpi or greater. Is that right? Or is any ras…

Very sorry if I have offended you. Nothing wrong with enthusiasm or optimism.

And…apology accepted. I think that caught me at a bad time and I read it as patronizing. (I don’t do patronizing well at all.)

My bad as much as yours for reading it wrong…lets call it a draw, and I apologize as well.

I can handle a tutorial for depth maps! I saw the call for volunteers, at the time I had too much else going on and couldn’t “brain” anymore. Now, I’m more available.

Fantastic! I’ll add your name to the group posts, so you should see a Private Message appear. (Actually a couple.)

It’s gotten much less structured by now, (we’ve got all the basic stuff wrapped up), so you can safely ignore all the earlier instructions, and I’ll chat with you about what to do to set it up later today or early tonight.
(I was up kind of late last night, I’m going to try to actually snag a nap this afternoon.)

Question: has anyone ever sealed their wood 3D engrave with the masking paper still attached? I just finished one for my husband’s work and the “singe” marks look fantastic and he doesn’t want to loose them. Has anyone tried this? Does the paper come off? How durable would this be?

No, but I have removed the masking before engraving to keep them. (I guess you could seal it too.)