So a while back, actually over a year ago now when I got my forge, I picked up one of these “low noise” hoses to keep some of the volume down: 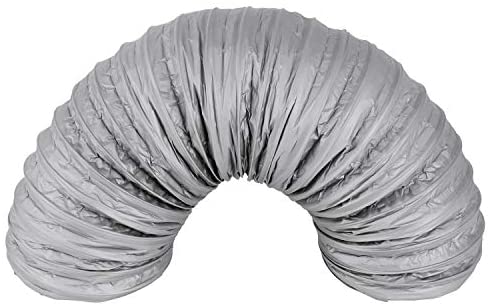 It does seem to work, but, it’s a PAIN to connect to the back of the laser. I noticed last night as I was doing some work that there seemed to be much more “smokey” smell filling the room. I actually turned the lights out in the room and turned on a flashlight with a very strong beam and could see a lot more smoke in my room than normal. I put a bunch of good, aluminum type, duct tape around all the exhaust area on the back, and even around the “quick release” style vent I have going out the window: 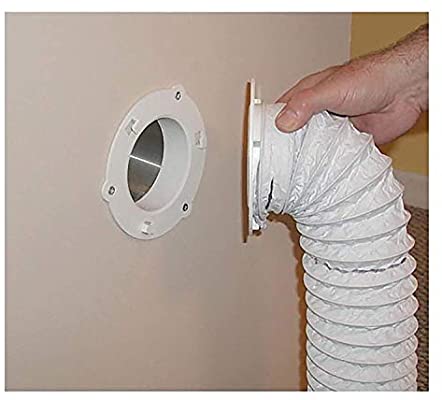 Still seemed to have some leakage around the end of the hose, so, more tape haha. If you look inside the hose, just like the crappy one that comes with the Glowforge, there are tiny holes in it, especially toward the end. I taped at much as I could, even put tape between the board the quick release is mounted in and the window. All of these things combined seemed to help a lot.

So the main reason of this post is this…: What’s a better solution lol? What are some of the setups you all have? I’ll probably have to invest in an in-line fan as well, which isn’t a big deal, they are just pricey… I would love to put a solid 90 degree coming out of the laser and run the hose from that if possible too. Where I currently have my forge doesn’t give me a lot of room to move things around, and the hose was getting pinched off a bit I believe.

Ok, why did i put this off so long? (external exhaust) Everything Else

When everyone said it was quieter, i though, “I’m sure it’s quieter.” but… holy crap. i mean, holy crap. i can barely hear it. damn.

I use a hose that is designed for a shop dust collector. It is slightly less flexible than the dryer hose the machine came with but very sturdy and definitely doesn’t leak through pin holes. It is also the same exact diameter.

I will have to check into that, thanks!

Unfortunately though I don’t think it cuts down on the noise very much.

I’d honestly rather have less smell and smoke, especially with acrylic, than noise. I have noise canceling headphones I can wear lol

Maybe a combo of better hose and an inline fan with a 90 degree elbow out of the laser, might make for a good combination

Yes for sure. I am still on the fence about the in line fan due to a rather limited area to park it but I may still get one someday.

I think what it comes down to is that the Glowforge fan is pushing on one end of a hose. Everything past that point is pushing back – the resistance of the hose itself, any bends, going against gravity, vent louvres, etc. The air is going to take the path of least resistance and escape at any point it can.

When you put a fan at the end of your run, you’re pulling, and if there are any holes, ideally they’re just going to suck air in from the room.

I had that hose and it did make a huge difference on the noise outside my house but it was such a pain trying to connect with all the insulation. After I purchased my inline fan and needed to cut the hose I finally just had to trash it as it was just near impossible to connect the ends.

I actually ran quite a bit of draftboard yesterday and after taping up all around both ends of the hose, as well as making a little “gasket” for the window, the smell was WAY WAY down. I think I may be ok for now, but, I’m going to plan on an inline and plastic hose with a 90 coming out of the laser.

a PAIN to connect to the back of the laser

I use this. It is very practical and easy to get on and off. You get two for that money, so I used the other on my dryer, since I had a magnet seal on the outside wall for the glowforge. 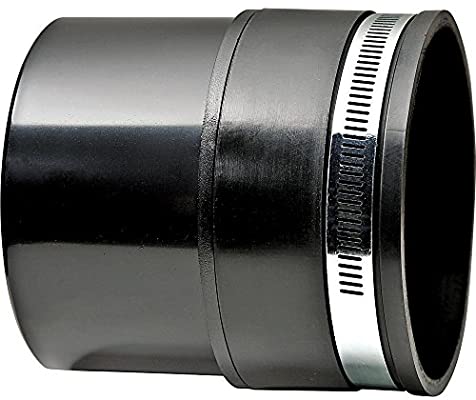 they also sell a more robust hose, but I have never used it so no rating as to better or worse. 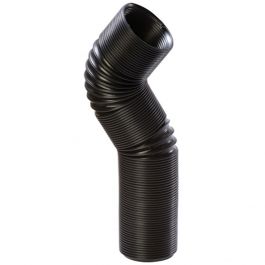