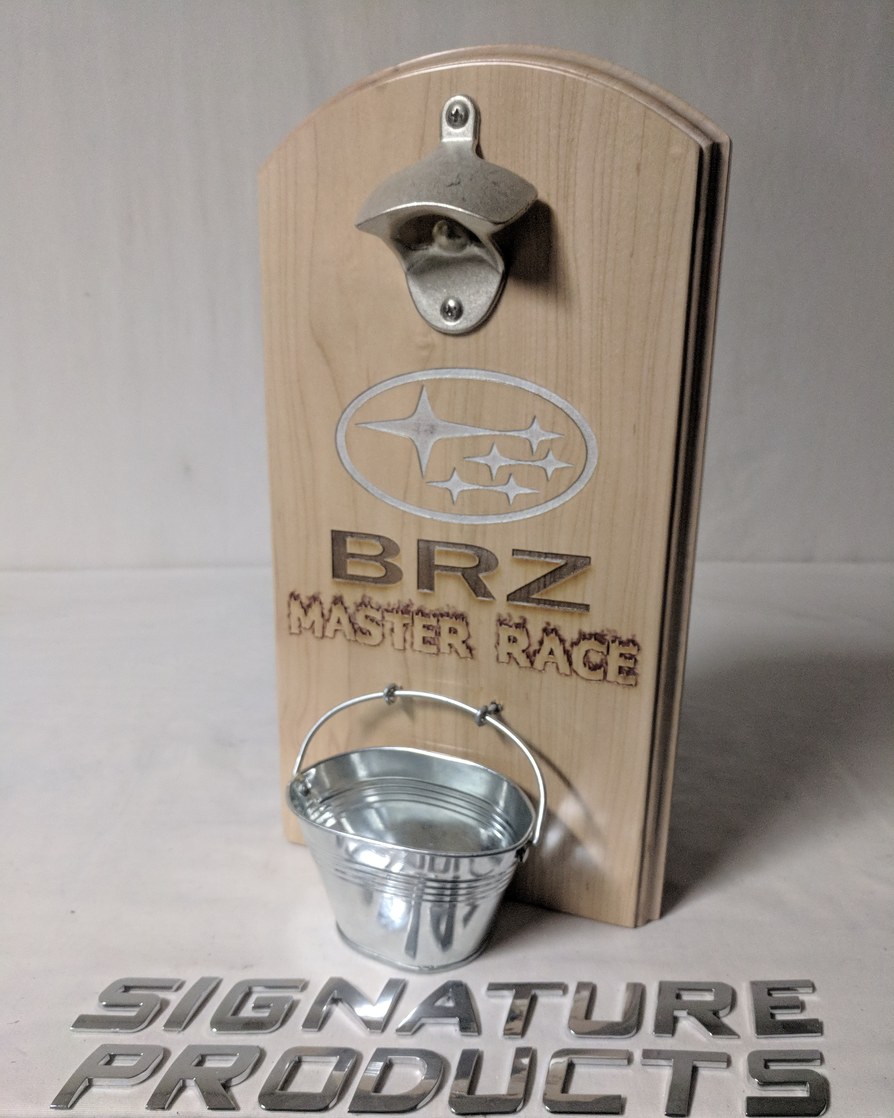 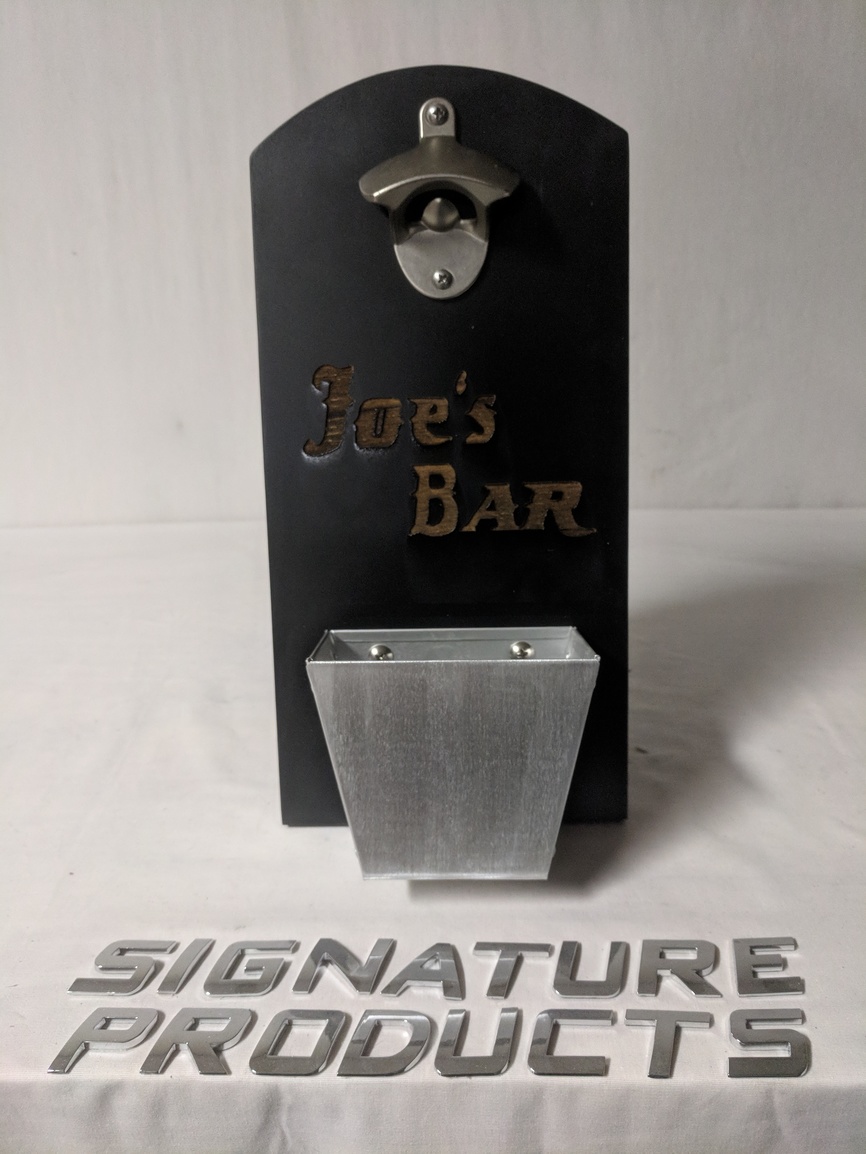 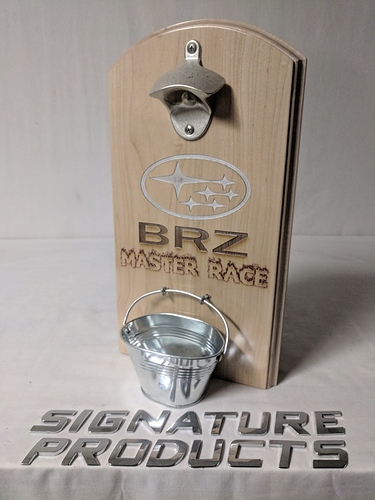 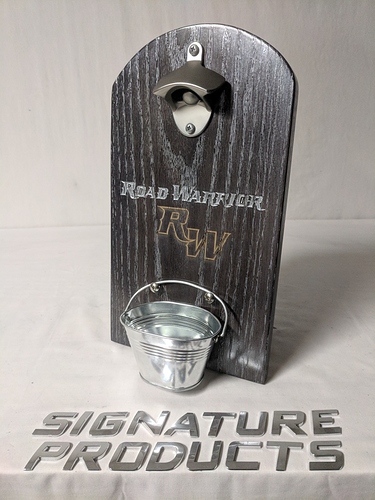 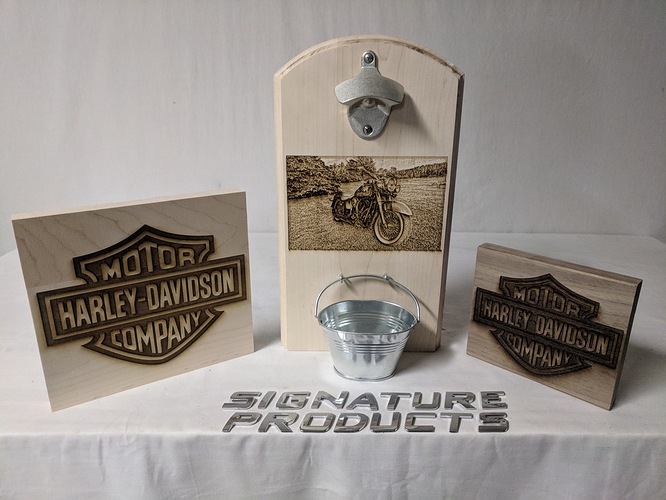 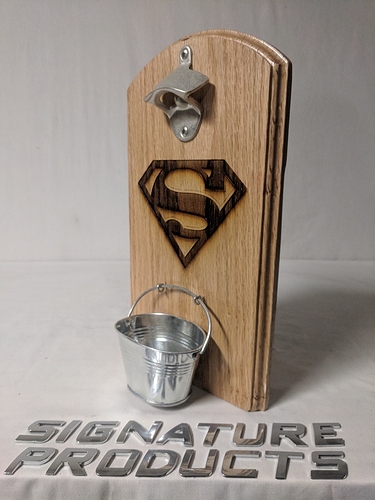 Great designs and especially like the tiny buckets that catch the caps!

…but “master race” is a really unfortunate combination of words. Half a thumbs up?

It doesn’t sound as bad when you know the comedic history behind it. There’s a funny cartoon that depicts the battle between computer gaming, Xbox and PS4 consoles. The cartoon has masterrace in it’s name. The “BRZ” is from the sports car made by Subaru and Toyota (BRZ/FRS) which has a similar brand battle between the two makers. Someone thought it would be funny to combine the names to signify the battle hence the name BRZ masterrace to say that Subaru is the better of the two brands. Basically a way to trash talk, even though they are very similar with the same engine etc.

This started from an RV manufacturer that wanted to put the RW logo in the road warrior toy hauler units. We expected 125 openers per week from them, but nothing came out of it. So we are trying to offer to other platforms instead. Nobody has bought one yet.

What cute bottle openers. (And the baby buckets are awesome!)

Not to godwin the thread, but there are some inevitable comparisons that will get made, is all I’m saying. It’s a nice design, (un)intentional connotations aside.