Broken out of warrenty? - I have parts!

If your Glowforge is broken, I have most (most) parts to fix it

I also buy old units (so I have more parts!)

I now have in power supplies, and other parts if anyone needs them!

what I am doing is helping the community, (so I think) – I offer something that people need.
no spam in my opinion

Official statement of what this category is supposed to be used for. You have not hit a snag. You are not seeking assistance.

We’re so sorry you hit a snag! Please post with a short description of your problem in the title, and community members will try to help.

last week, someones laser head fried, I had a spare, they where back working a week later, i charged them $400 – less then Glowforge price (IF they would sell you one)

where am I causing harm?

Didn’t say you were causing harm, said this was the wrong category for your post.

Did you warranty the new laser tube? Did you measure its output power to make sure it was good? Or did you just sell a tube that worked but was of unknown age? Laser tubes wear out. Unless you could attest to the quality of the tube, you sold them a crap-shoot that might be almost as good as new but could just as easily be on its last legs. As a result, your price might not have been that much of a bargain at all.

Lacking a certification to show the used tube was actually a good used tube, I would have insisted on a much lower price.

Same thing for electronics. Unless you’re inspecting them and physically testing them and guaranteeing that they’re good (meaning refund if they fail within some period of time after you’ve sold them), your buyers are rolling the dice.

You go to the junk yard to buy a part for your car, they’ll sell you components they’ve removed and tested for a good amount less than you could buy them new because they’re used, they’re a bargain. Because they’re inspected/tested and known good. You want parts that have been removed but not tested, they’re sold as-is for a much, much lower price, pennies on the dollar.

you make a good point, It is a working laser tube, and I removed the whole gantry - this way no alignment issues, etc, it is glowforged size – what should I charge for such an item?

PS: and as long as Glowforge is honoring the $500 tube exchange, It what i would recommend to most – I am not trying to gouge anyone on anything.

PPS: I am testing all parts - as much as I can
the tube came from a Glowforge basic with a bad motherboard (wifi issue)

I couldn’t say without some serious research, but a quick Google search for “used 40W laser tube” returns hits in the $150 - $200 range with one notable exception for a used Glowforge tube+gantry for $500 on eBay which appears to be you.

used Glowforge tube+gantry for $500 on eBay

Does the gantry generally have a large rectangle hole in the bottom?

YES! two of them, (left/right)
that’s where the spring clips that hold it to the main frame of the body is located

Never looked at it that close, was just confused trying to picture what might have needed to go though there but couldn’t remember anything except the white cable.

there are TWO fluid tubes, the white cable, the HIGH VOLTAGE laser cable and a small white (grounding?) cable

We might not be on the same page, as I thought this is where the white cable lays, all that going though this hole would mess with the head movement… Just seems like poor placement as the white cable could get damaged. 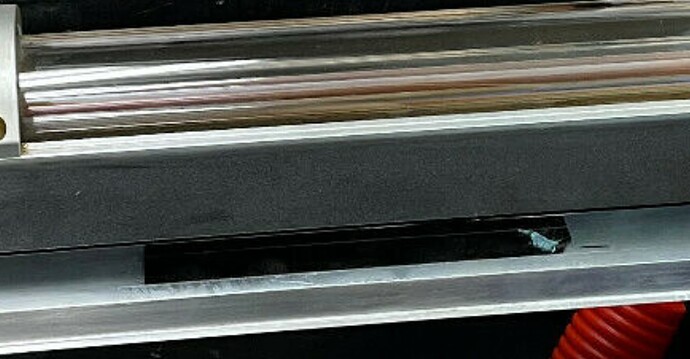 Oh I’m sorry YES the white cable, to prevent the rubbing on top and to re-enforce the ‘bend’ I used tyvek tape, its really thin, and smooth. 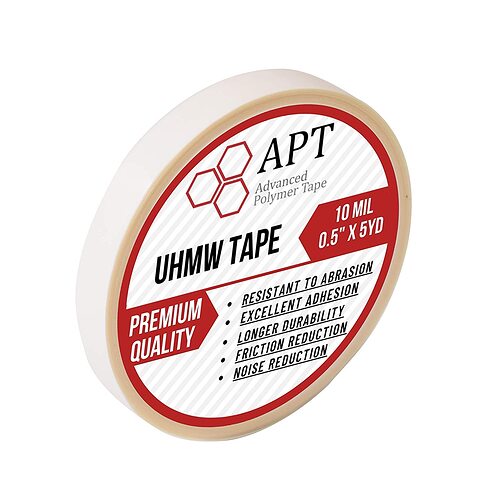 I’ve put tape on the back of the unit to protect the black lid cable but never really looked at the white cable. A hole like that seems like could be the cause of the white cable failures. Suppose I need to look at the bottom of my white cable to see if thats caused any wear on mine yet.

on the FOUR bad cables, I have encountered, the damage has been 1" from the plug, right by the curve, and about 2" from when it goes into the tractor – luckily there is a third party replacement for $50 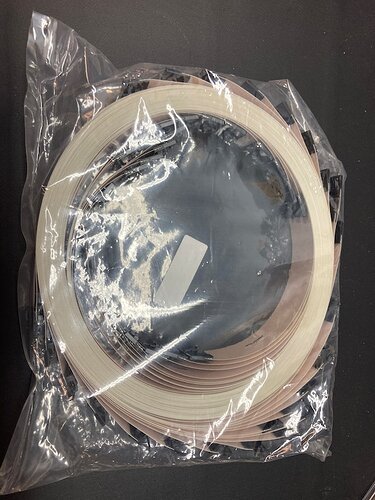 We have found this to be a major issue with Glowforge lasers. The main cable to the laser that rides in the gantry has been known to wear from contact with the textured paint. We had to have these made since Glowforge does not sell them. These are...

Does the gantry generally have a large rectangle hole in the bottom?

i took a picture of the area. 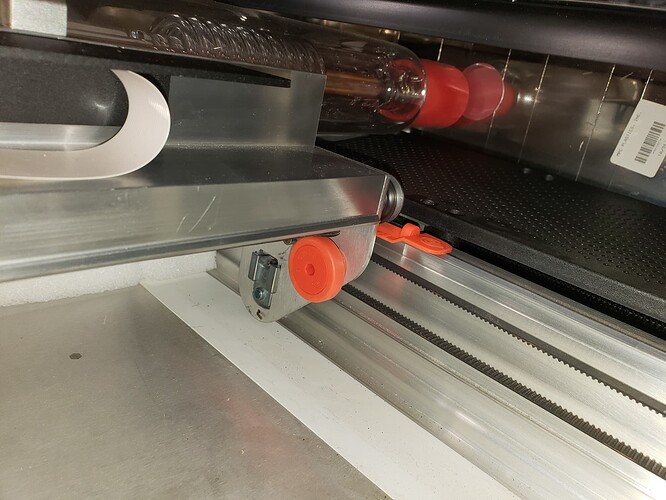