Buy replacement parts, or make 'em with your Forge?

My Little Giant ladder’s WingSpan Wall Standoff (https://cdn.shopify.com/s/files/1/0255/4871/8125/products/10111_grande.jpg?v=1572525772) was missing one of its plastic feet, or plug (helps prevent marring the surface upon which the Little Giant ladder rests). The Little Giant folks wanted a Little Giant amount of money to replace it. But wait, I have a Glowforge. I’ll say up front that it would not be profitable to crank these out and sell them online – way too much time invested. But there’s a principle involved here…

First, I took the remaining, not-missing plastic foot, or plug and traced its shape (what gets inserted into the aluminum Wingspan) on a piece of paper and used the GUI to trace the image. As the traced image was a bit jittery, I exported the design and placed it in Adobe Illustrator and used Simplify Path to smooth things out. I added a hole in the piece to accept a 1/4" bolt (which would convert the individual pieces of cut material into one finished “foot/plug”). Then I exported the SVG and cut a test piece on cardboard to make sure it would fit snugly in the Standoff. Satisfied that the pieces would fit snugly into the Wingspan, I cut a bunch of the pieces from some .138" white oak, rotating the design 90º for about half of them so the built-up piece would have the wood grain of the pieces simulating plywood (stronger, and less prone to cracking/splitting). Using the GUI ruler, I enlarged a copy of the shape to match the outer outline of the remaining plastic foot/plug and cut a larger oak “shoulder” and three pieces of thick natural leather to act as the larger part of the foot/plug which rests upon the surface (glued up with Barge All Purpose Cement). I added 1/2" diameter circles for two of the leather pieces to accommodate the head of the ¼"-20 bolt that ties it all together (see pics). 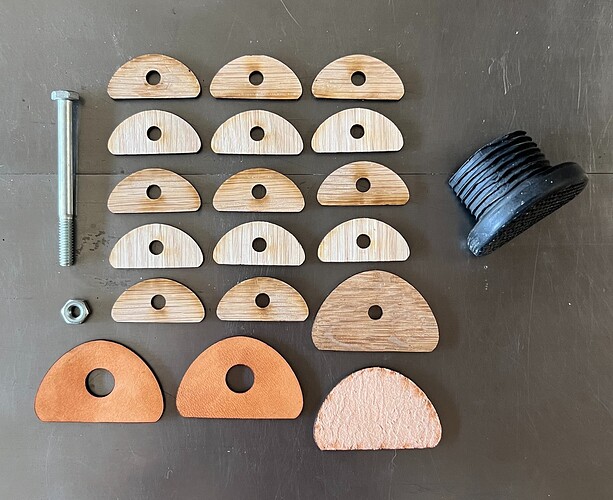 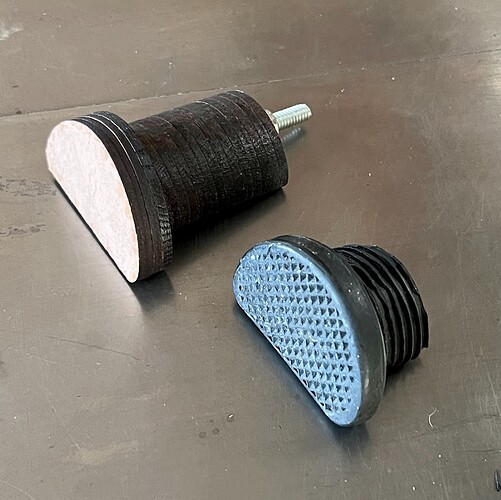 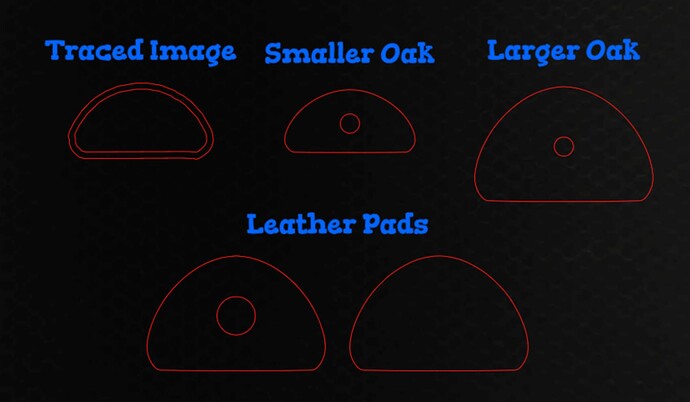 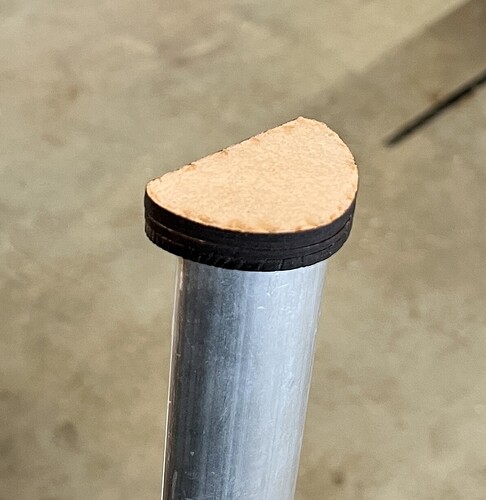 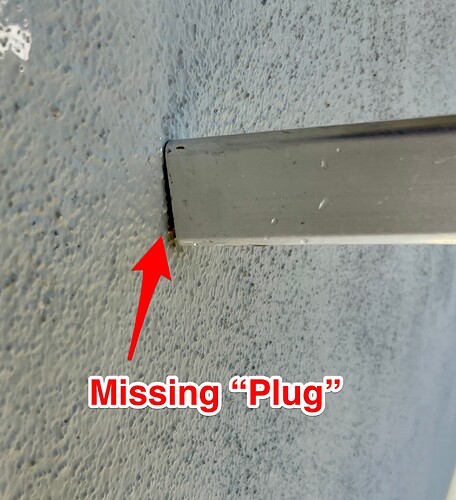 way too much time invested

I mean now that you’ve got it designed it seems like making one of these would be pretty fast?

I really enjoyed reading that. Thanks for putting your thought process into words.

LOL! I would have run to HD and bought a couple of tube caps (or crutch tips) for a few dollars. But nothing beats making a $5 part with a $5000 tool

If you lived in Orlando you might find some at Skycraft

That is just the sort of odd bit I would go in there looking for.

Type of replacement part I’m constantly rigging for one thing or another. I stop by a local junk store a couple times per week scrounging for parts needed for a random project of the day. Found a broken Little Giant ladder for $25. It was missing a foot pad and was fairly useless as a stable ladder. Took about 20 minutes to make a free replacement from solid scrap material, a bandsaw and file. Expensive ladder for cheap.

Similarly, there are countless thingamabobs made with the GF that have saved good stuff from becoming landfill. I’m not into the craft show world so much of my GF use has been as an intermediate tool.

If you’re anything like me you’ll be forever satisfied with that every time you use it (instead of forever annoyed!)

I think it’s marvelous that you made your own ladder foot. Terrific way to use your GF!

That’s one of the reasons I love the GF. practical cuts

Yay for beating the system!