So I’ve been trying to figure out a way to do something meaningful to help the victims of Hurricane Harvey (other than the monetary donations already given). I found an organization through CNN’s suggested ways to help (http://www.cnn.com/2017/08/25/health/iyw-harvey-how-to-help/index.html) that is accepting care packages for people affected by the flood. I’ve heard that several religious organizations are accepting donations such as these, too. These were the things they were looking for: 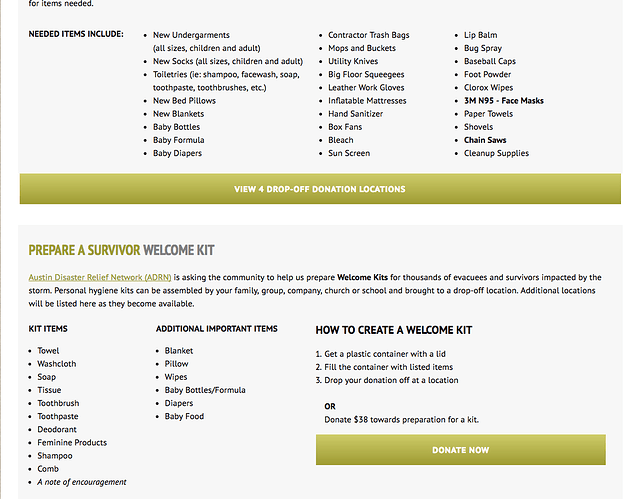 (Here is the website for the organization: https://adrn.org/disaster-relief/survivordonationkits/) I made several welcome kits (labeled for adult male/female or child) with the items listed: 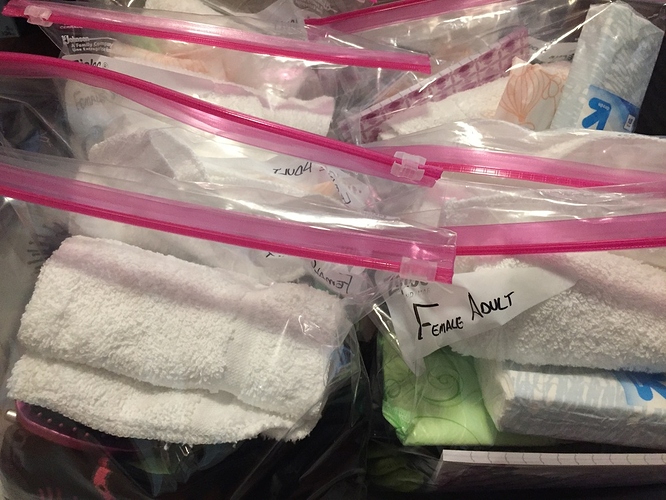 I also went a little crazy with the kid care packages, and made them a washcloth bear 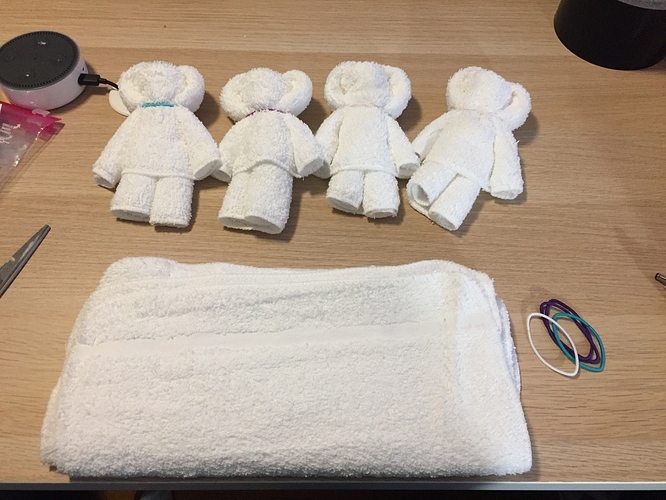 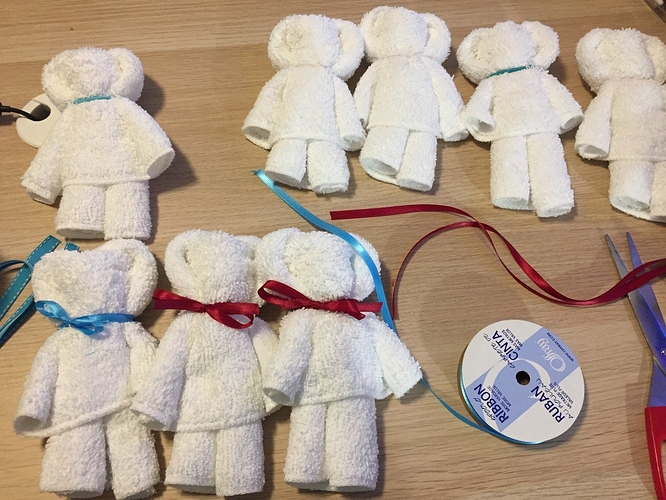 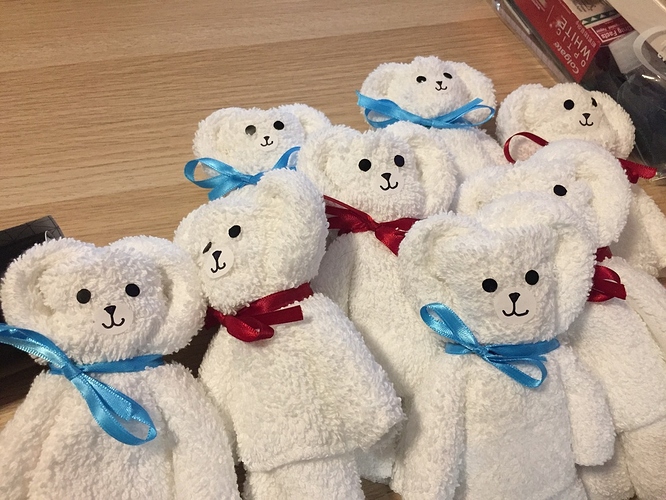 which I found out how to do on youtube (https://youtu.be/chtAbkGKrws?t=241). I didn’t have the little rubber bands for the ears, so my bears turned out a little more Ferengi than expected, but I still think they were cute, once I added the little sticker eyes and mouth. 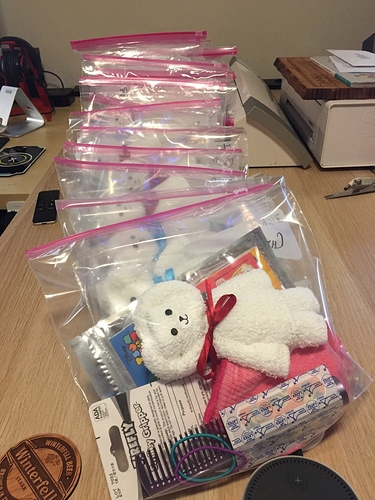 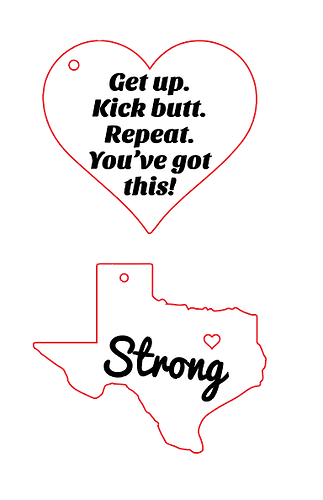 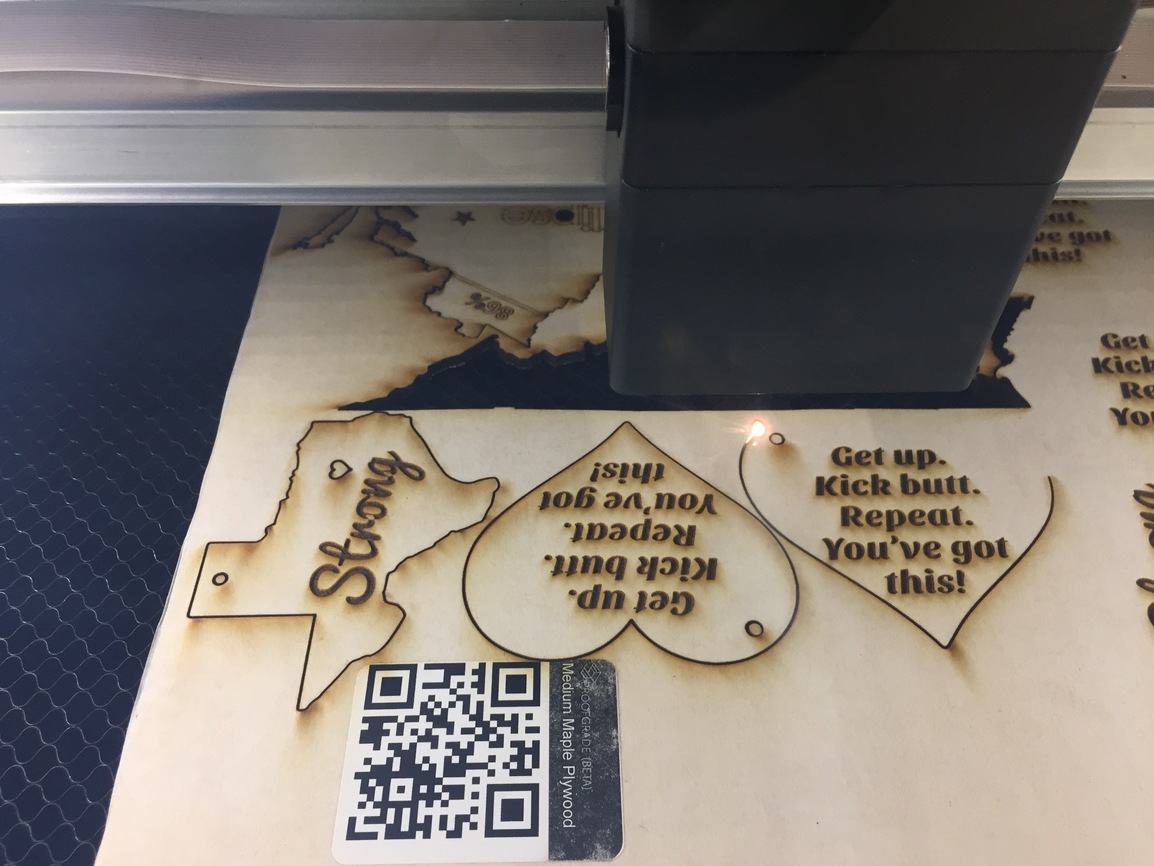 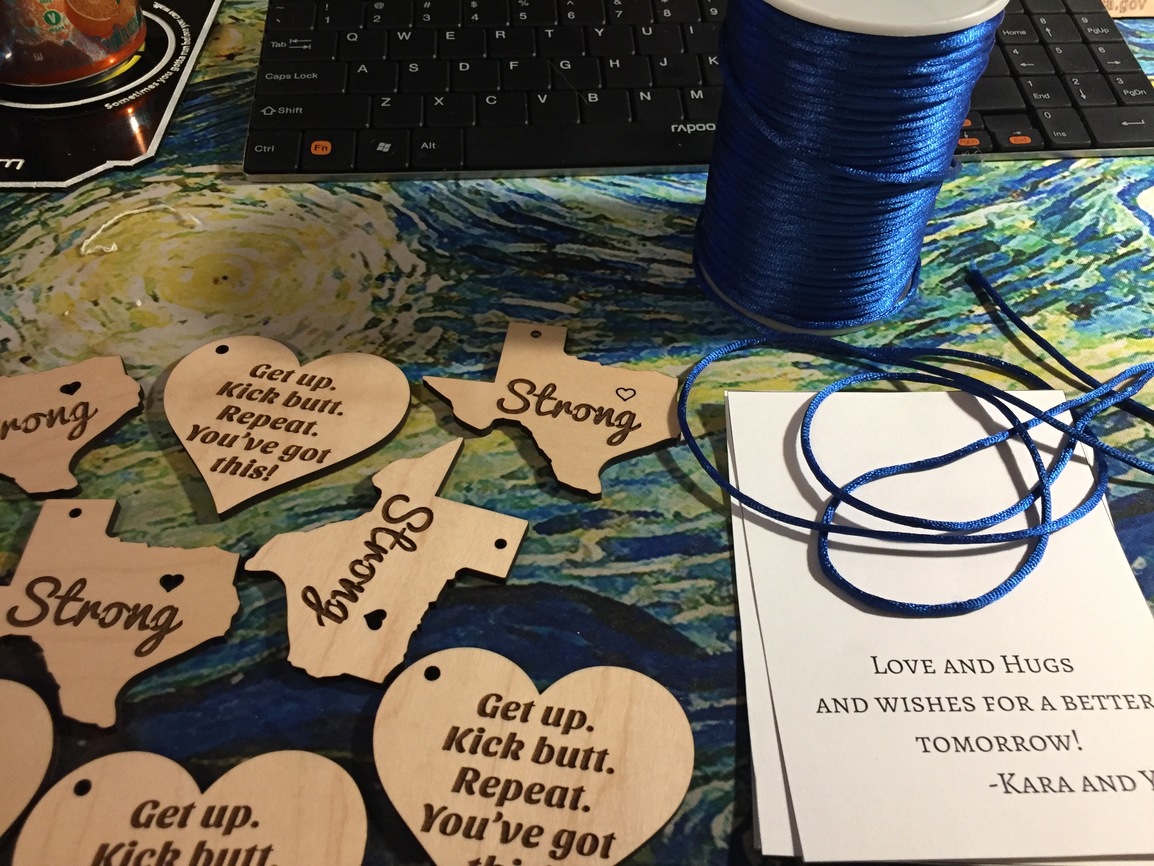 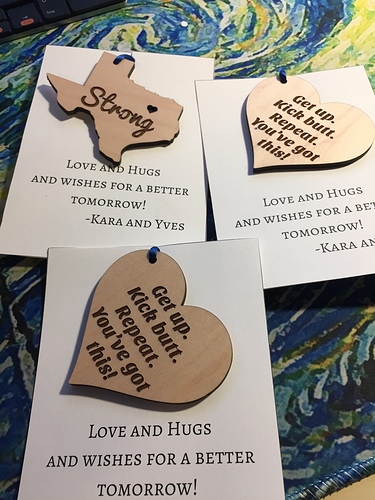 Here is the final product! I’ve attached the file below, in case you’d like to make your own care packages, or you have friends that might need a little encouragement :). I’m going to try to make a tic-tac-toe set for the kids on the glowforge as well. I’ll add that file once I’m done with it.

I hope all your friends and families are safe!

Update: Made the Texas tic-tac-toe; it takes about a minute to cut the pieces, and about 10 to cut/engrave the board. Think I’m going to try to convert the engrave to score to cut down on the time. 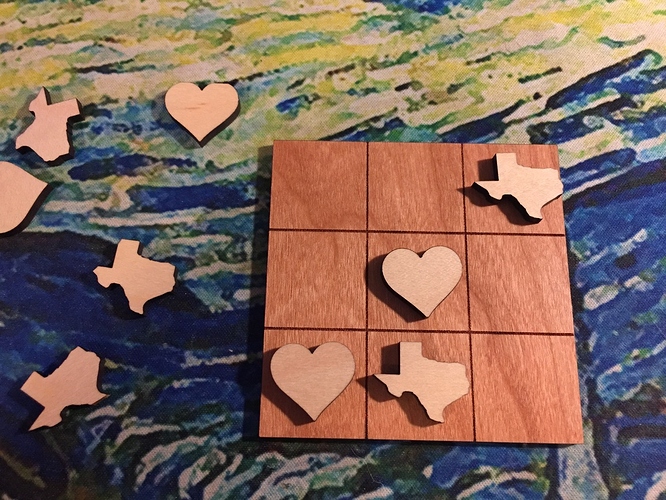 And here’s the file:

This is just so incredibly awesome of you two. I love the bears. I loves the thought. Just amazing.

Greatly appreciated! The response from all around the country has just been amazing. They’ve actually had to tell FEMA to hold off, they’re having trouble with distribution. (Love the bears too - whoever gets those is going to just cry.)

Thank you for the help.

I am already a bit weepy over it. It’s super sweet.

Awww…don’t be weepy! But really glad you like it!

Actually, me too. The personal touches in that make it much more special, and it’s going to set people off.

We’ve been doing a lot of carpet and sheetrock removal for the folks that got flooded, but not displaced. (Robert’s handling the heavy lifting, I’ve washed enough laundry this week that I could have opened a laundromat. Everything in drawers gets flooded too, and it’s sewer water. But we’re past the heavy lifting as of yesterday, and most folks are catching a breather over the weekend. And the stores are getting deliveries again so there’s bread. Looks much better now.)

I don’t mean or want to tell anyone where to send their money, if you are wanting to do a financial donation. But if it’s something you are considering, looking at the (Michael) Dell Foundation (of Dell Computers) might be a good start.

The devastation of Hurricane Harvey is a heartbreaking reminder that disaster can hit us at any time. Communities have been destroyed, and tens of thousands of people are facing tremendous hardship. This disaster is personal to everyone who has roots...

Michael Dell has donated $18m to the fund with promises to match the next $18m. He’s also said every last dollar is spent on relief - no administrative fees. Not only does it help with the short term impacts such as housing, medical care, etc - he has also pledged long term allocation of money towards capitalizing small businesses impacted by the storm etc.

If this is out of bounds, my apologies.

Edit to add: @karaelena AWESOME! Taking the time to do such a thing is remarkable and says a lot about you both. I’m sure the packages will be hugely, immensely, and a lot of other strong adjectives, appreciated.

Signed,
A long time Houstonian now living in the hills

That’s wonderful of you! Please be careful of the water…apparently the bacteria in it is ridiculous!

My wife and I will ne helping load a truck for the area tomorrow. We’ll buy as much as we can within budget and encourage others.

You are both so kind and generous. A very thoughtful and sweet thing to do…especially those packages for the kids.

Be extremely careful with the gasoline/diesel situation (not running out of gas). People in big towns and little towns, even Amarillo, are filling up every vehicle and safe or unsafe container they have. Up north, or west, or NW, where a truck from NM would be coming through, they are kinda few and far in between anyways, but it’s horrible right now.

A simple rumor of shortages started a straight-up gas run that hasn’t ceased yet. How do I know? Well. I actually NEEDED gas. And I’m sitting at a Valero station that the wonderful gas buddy app said had fuel - nope. Waiting on a siphon now. Someone has been sporadically checking all of the stations in as having fuel when they don’t.

Also, you should be clear heading in either on I10 or 290. I10 had been underwater but it looks like mainlanes are now flowing both directions - service roads, or feeder roads as we call 'em are still underwater west of town.

Yeah, Robert got caught by that today. He’s out of town now, but he had to use some of the stash that he bought a couple of weeks ago before the storm just to get clear of Houston. (We have a portable generator that we loan out to whoever needs it, but no one did this time.)

And Yves, he gets infected every time we have one of these things…I’ve never seen a guy with such a propensity for tearing up his hands. And generally under the worst conditions. (Like this.)

Yup. I figured he’d worked hard enough this week that he needed to get away for a bit. (Before he drove me nuts.)

What a wonderful post … and such a wonderful job of putting your packets together. The bears are so cute … will mean so much to a child! (also the parents).

So thoughtful and caring…those that receive them will know they were made with love.