A while back in PRU days if you recall I harvested some cedar from a friend’s farm/animal-sancturary. So I decided a good use would be christmas ornaments for them out of their own wood (I mean what else should a good jewish boy make?). So I made double sided ornaments out of .25" thick slices: 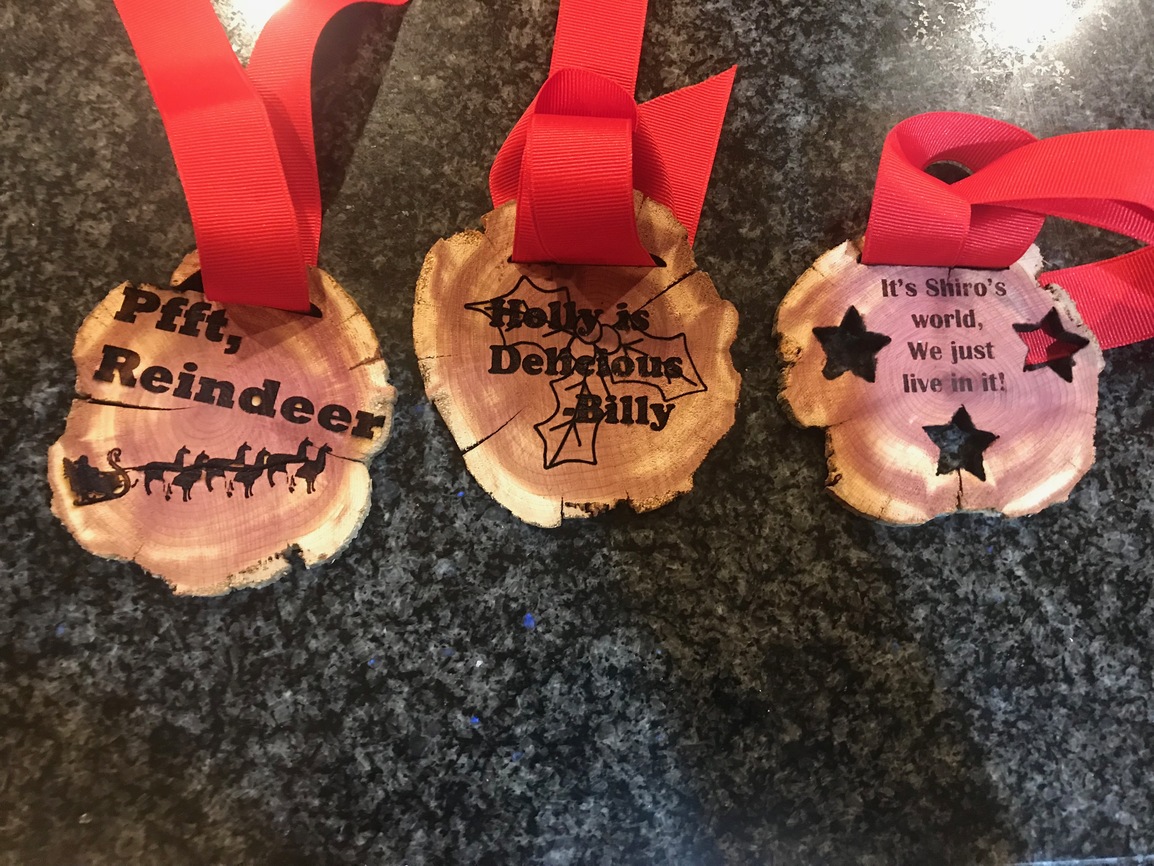 So first off you may ask who or what is a Shiro? 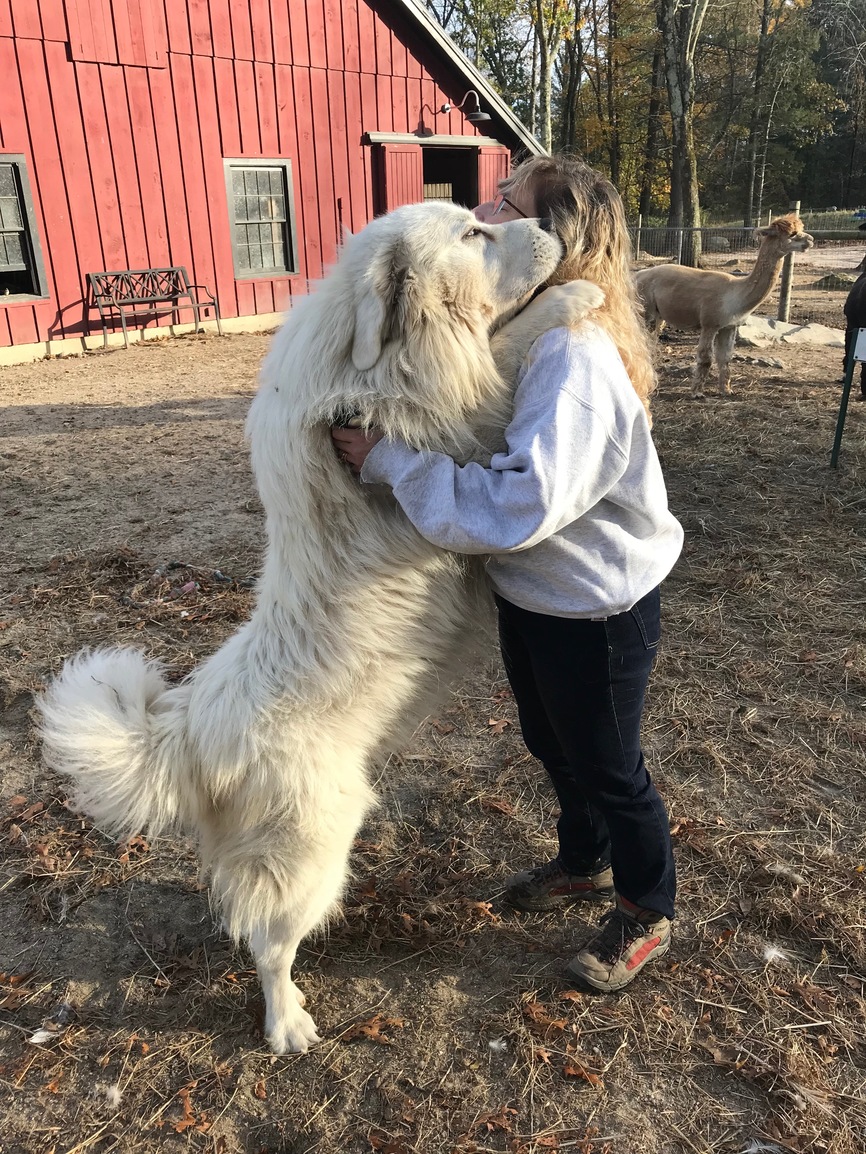 Yes my wife is short, but Shiro really is that big! He’s 130lbs of loving fluff ball. He is the herd dog for the male alpacas

Then you may ask who is Billy and why does he like eating Holly? 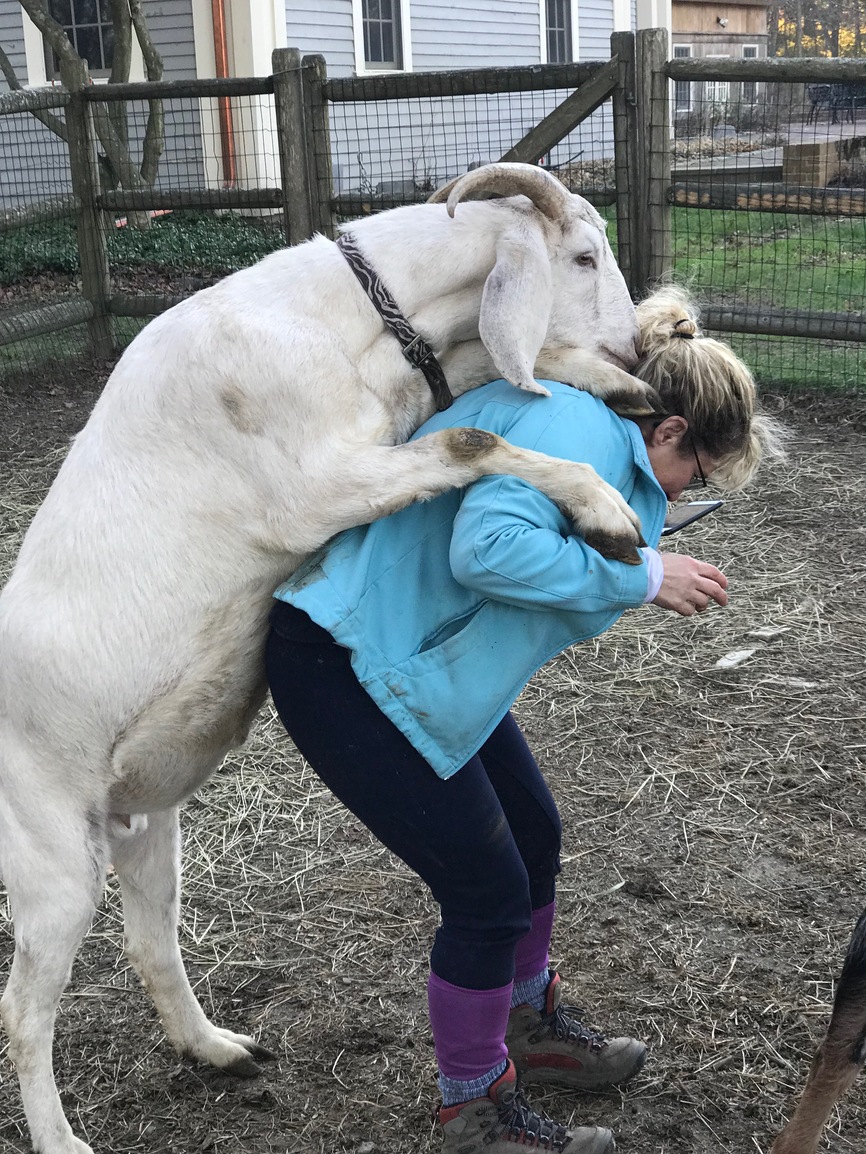 Billy is in goat fight club (and you know what the first rule is? Never try to keep a bag of apple away from Billy!)

And finally the alpacas? 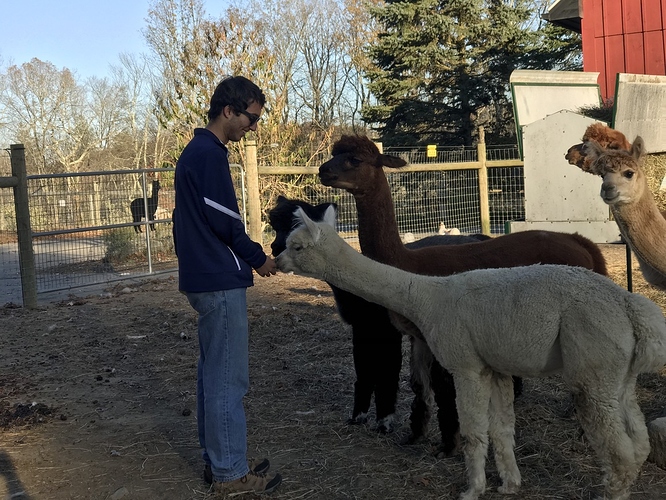 Complete the tree worth! A whole tree of inside jokes would be awesome. Though, you could have probably made those of us awake forum-ing guess what they meant for a at least a day before revealing.

Great ornaments! (Even better with the stories!)

I totally read this headline as Cheddar farm ornaments.

I guess the alpacalips is upon us! 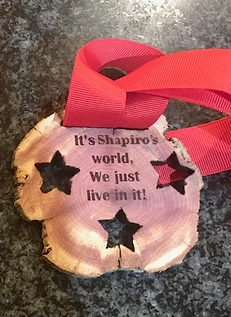 So quick story about the club we do jot name:
Had a buddy who’s family kept a small farm. Bunch of chicken, funny hens for ticks, a cow two horses, herds of cats, and…a herd of goats. One day(he was about 17, the guys like 6’3"~1.9m) he bends over to arrange some of the feed and … Wappo!! The old ram nails him right in the keester. Well to quote Kevin Hart, it was about to go down. Turned around, heated the ram up and body slammed it by its feet. Ram respected his space from then on.

Holy smokes, that’s not a dog, it’s a polar bear!

Holy smokes, that’s not a dog, it’s a polar bear!

Yes, true. But he just wants lots of love. Once you start petting him he won’t let you stop. If you try and walk away he will sit on your feet so you can’t move.

The goats have huge amounts of character. Markey here is always up for a photo: 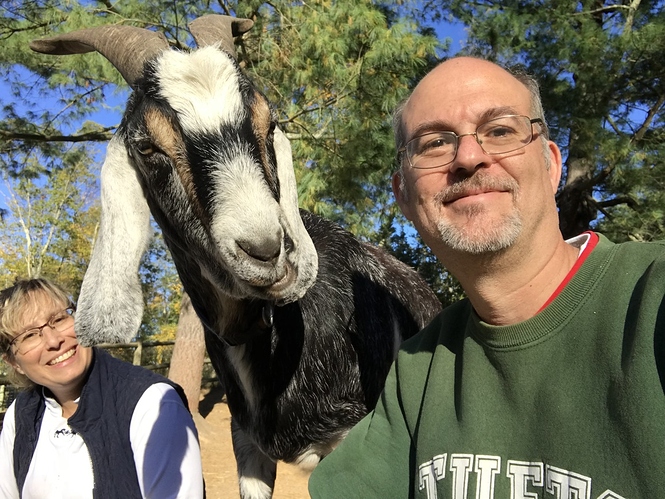 The Alpacas are standoffish but will come nuzzle your nose, this is Stanley who is the bravest of the herd (note very hard to take a selfie with an alpaca as they are scared of phones!): 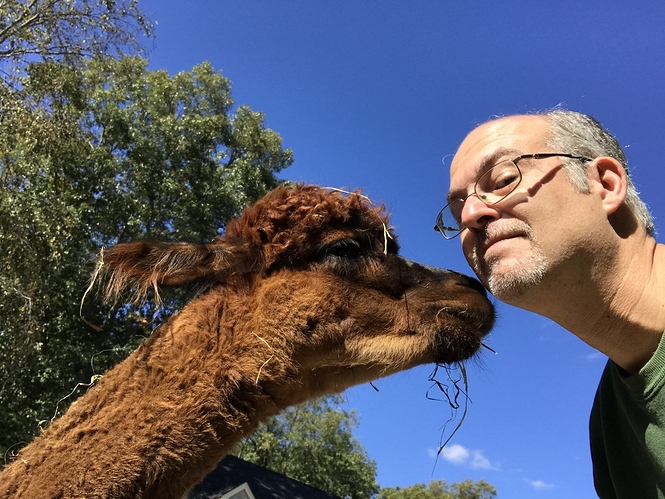 And of course what is funny is this is my wife’s Job and the animals all get riled up when she’s around - she is licensed in 2 states to have animals beat the crap out of her! (I didn’t even know that goats can stand upright!?): 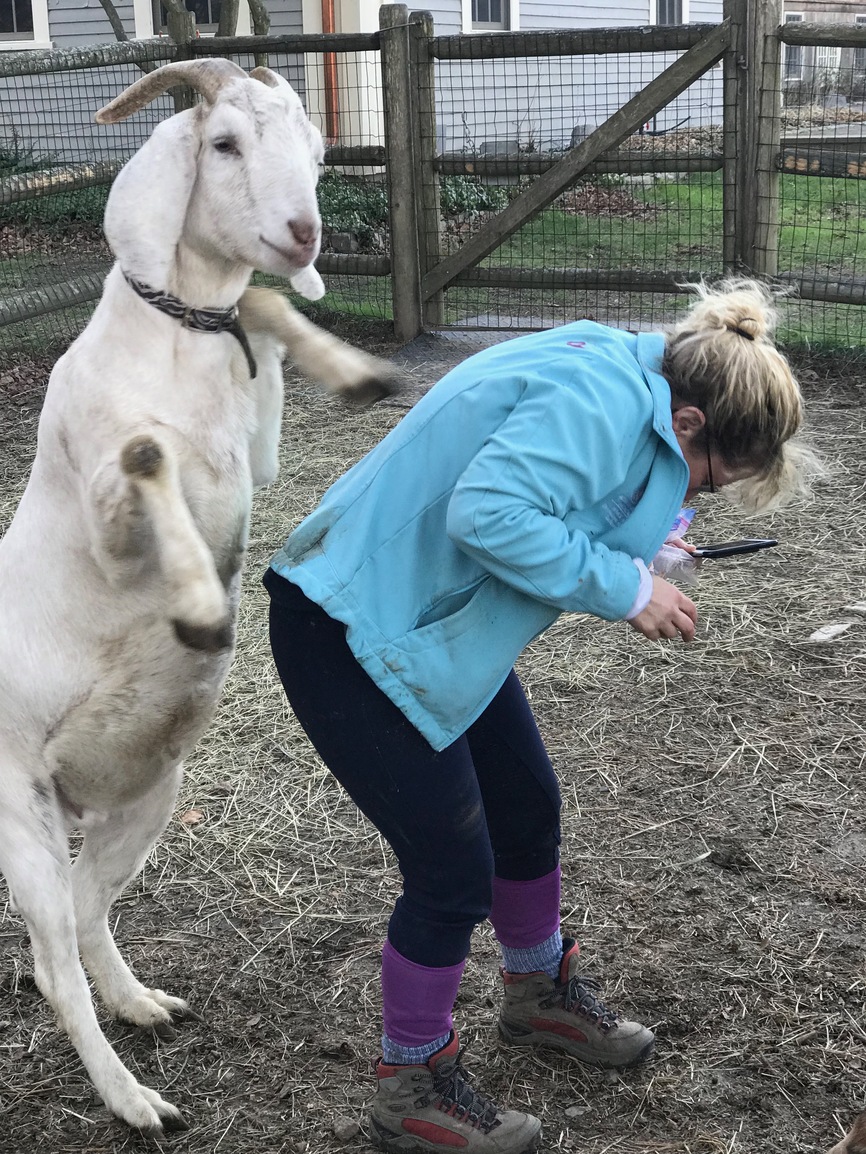 You must have amuselxia as well.

It’s like dyslexia, except instead of randomly transposing characters, you do so in a way that produces more amusing results. Cedar farms becoming cheddar farms, for instance.

I knew what you meant. Dr’s and engineers can be a bit like kleptomaniacs, they take everything, literally.