Christmas Orders and Beyond!

Over this last week I’ve become convinced that me starting a solo career into lasering 100% of the time is viable! Sure, it’s been on my mind for the last year, but with my recent orders and life events, looks like I get to be a stay at home Glowparent/Entrepreneur

A little over a week ago I had a woman from my church approach me and ask if it would be possible to make her a custom ornament for her son who is serving an LDS mission. She sent a picture with the basics, and I thought, “eaaaasssy.” So easy in fact, that I thought, maybe I should share the finished product to my solcial media and invite others to have similar custom orders made. The first couple of days were a little quiet, but then a friend messaged me saying he wanted to share my stuff to his followers on Twitter, which he happens to have over 200k of. I didn’t have a Twitter, but he convinced me that it may be good to have one eventually, so better now than never.

So a few days later I made one, created a post with the ornaments I had made and just like that, I signed any free time I had away. Immediately after him sharing my post messages started to pour in, and that’s when my nerves got a little shaky. I mean, sure, I knew I’d get a few responses, but within that first 24 hours I had 30 orders, much more than I’d had in the past. Currently I’m up to 90, and that’s a number that could growel even more if I didn’t ask people to slow down on the sharing

At this point I’m starting to balance it out because I can reuse some of the designs again, but between the new baby, working 40 hours a week at my regular job plus every waking hour designing and lasering ornaments this is an exciting time for me.

Anyway, a year ago I wouldn’t have considered myself a great designer, thinker, or even very creative, but with the support from this community and company I’ve gotten some serious confidence in the work I do. I’ve even recently been hand drawing some new designs (that will see the light of the forge soon enough!) but they’ll have to wait until the new year.

Thanks KS for the support everyone, and of there’s anyone who needs has any questions I can answer, give me a short, I’d love to help anybody be more successful with their endeavors! 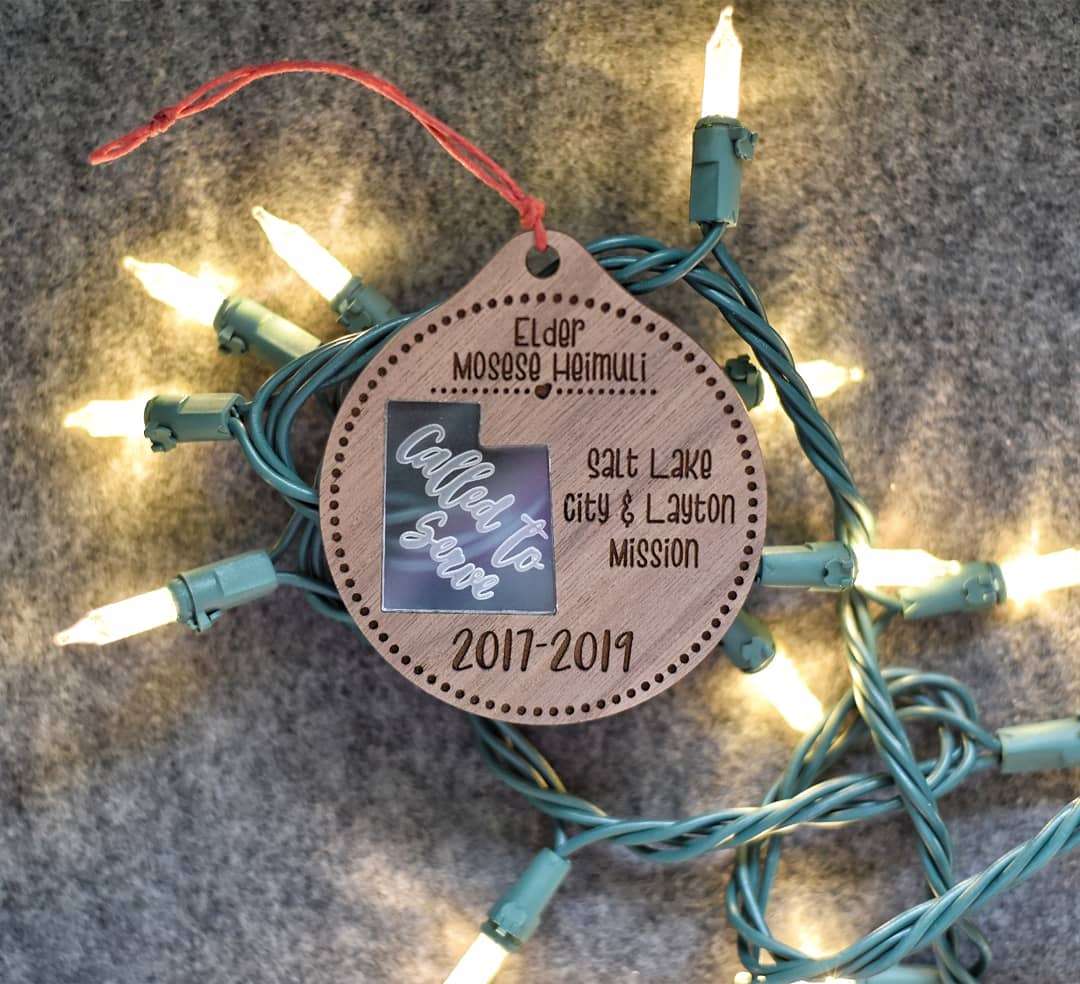 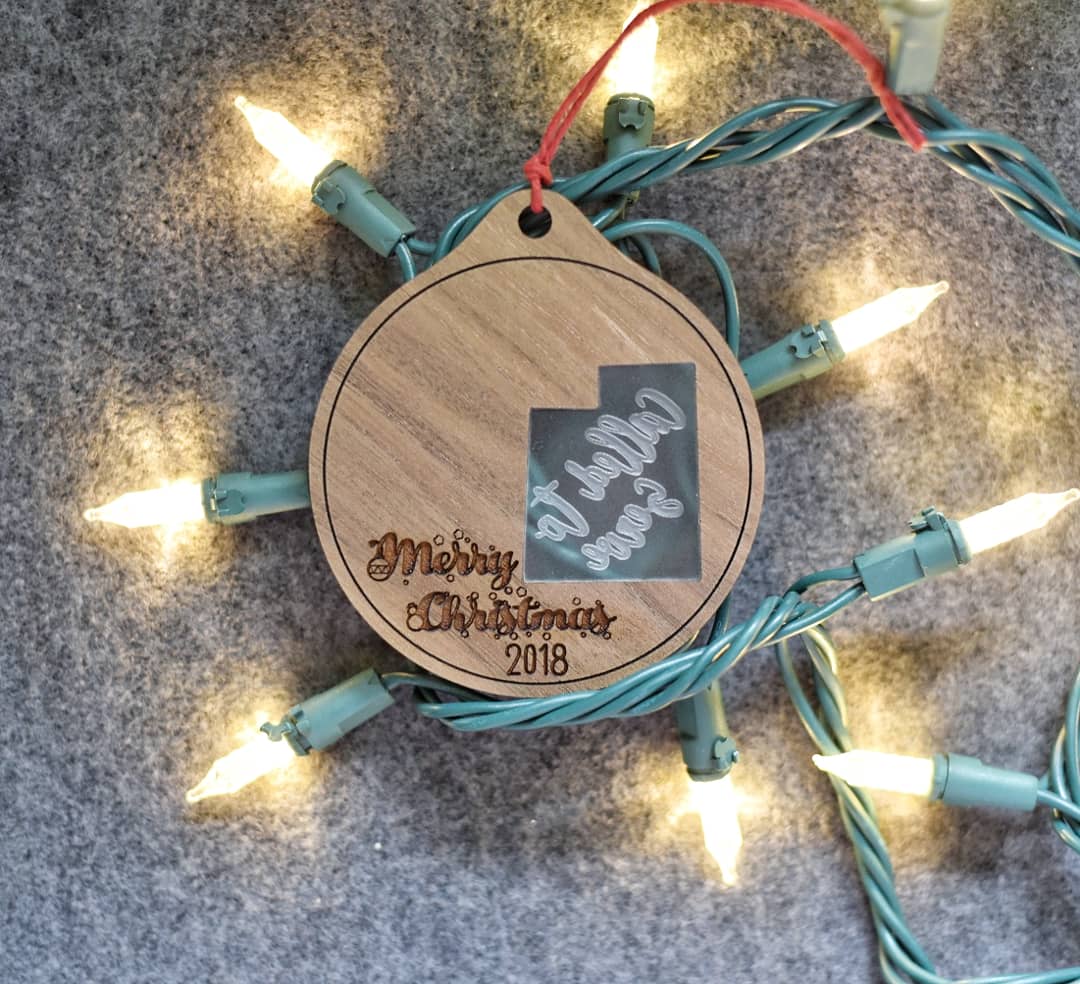 As for some pointers with the inlays, that’s easy. I’ve found that the acrylic shrinks a bit outside of the kerf, so a nice easy fit is increasing the acrylic file by .005, which can be tinkered with if you want a real tight friction fit. The more complicated the cuts I did increasing the cut size by the .005 was enough to get a friction fit, but the plain ones were easy breezy.

I use super glue on each edge, obviously keeping the masking on, and found that a paper towel absorbs any excess glue nicely. I only figured this out after making 20 ornaments and using my finger to wipe away the glue…To avoid touching the glue as much as possible, I use two floor samples I got from Home Depot to push the inlay in place. 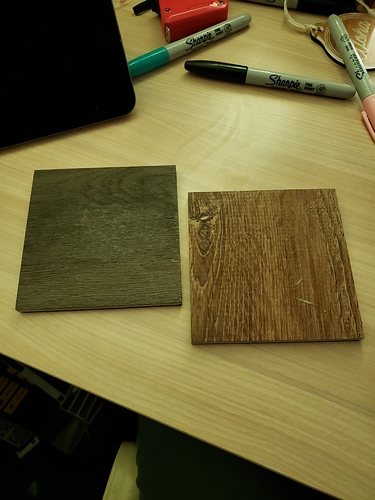 Finally because I know some of you won’t let me get away with mentioning the baby without a pic, here’s one from the other day. The kid is a top notch partner in crime and he’s got a killer smile 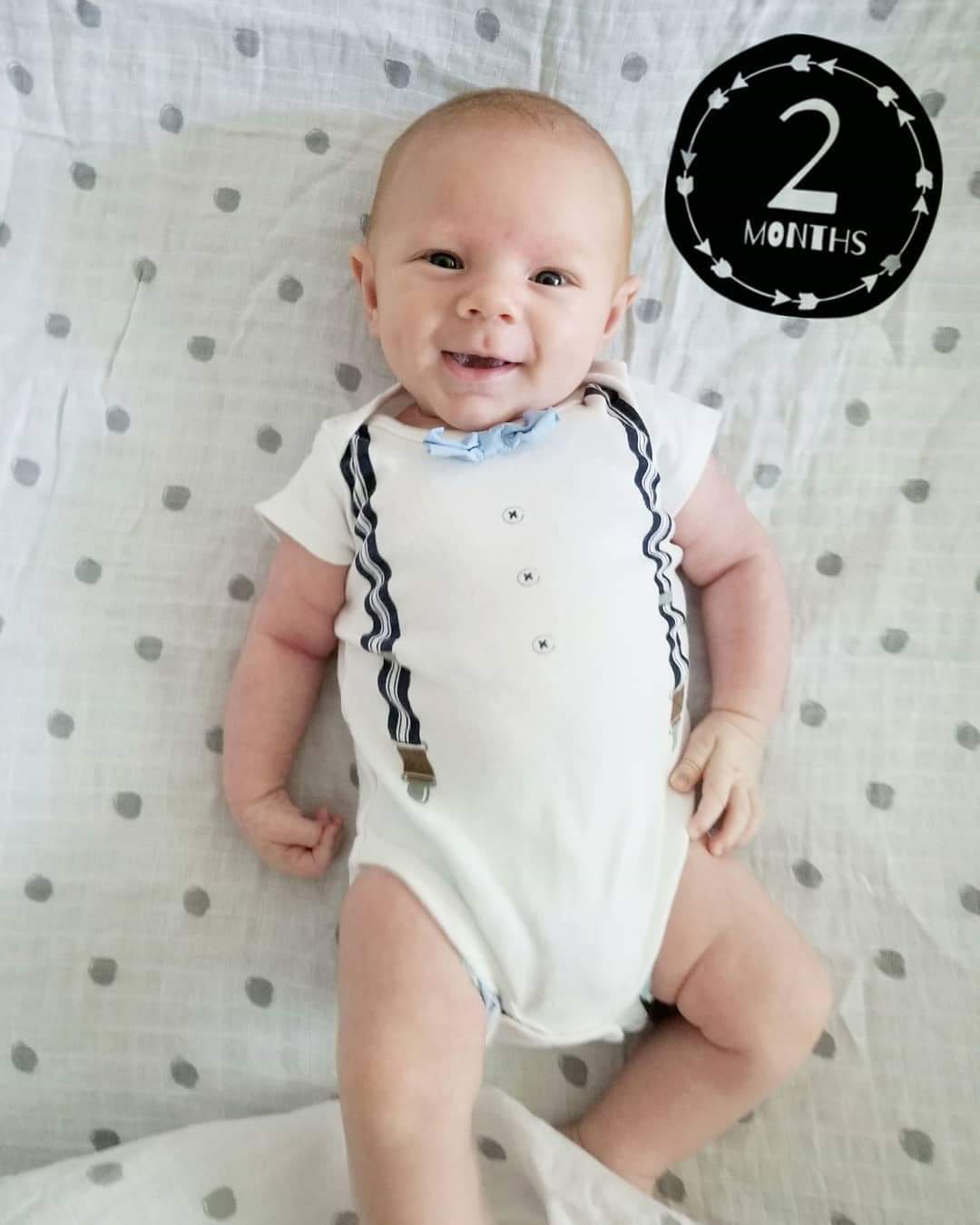 So happy for you! I hope your exciting (and scary!) venture is all you hope for. And you’re right, he has a killer smile!

Exciting times, indeed. Congratulations on all of your creations, but especially your beautiful son. I wish you continued success and new creative adventures.

Congratulations on all of your creations.

At first I thought “why the odd shaped inlay” then I realized it was Utah. (I know, I felt pretty dumb).

Very cool.
Inlay is fantastic, too.

Congratulations on all of it. Good luck.

Congrats on the business surge and on the super cute baby!

Oh he has got a killer smile!

I know he’s small enough to fit if you take the tray out, but you may not 'forge an awesome tattoo on him.

TOM!!! (Thank you for tonight’s nightmare!)

Congratulations! And thanks for sharing the inspiration

In your transition to working for yourself, the anxiety prompts you to lean into it and push yourself - which will come at the expense of how you allocate your time. For me the biggest driver was the fact that there was no longer a regular payday.

For me, working for myself caused a mental imbalance that took me almost a year to recognize.

I couldn’t put my finger on exactly what was wrong in my life, I reflected on what my life used to be like, and I remembered - quitting time. The tool in my hand bounced off the ground. Bam! That was what was missing, I was always at work.

Self employment is a huge transition, and it takes time to adjust. There will be new challenges, self employment tax and health care among them, but I spent the last 35 years of my working life doing it for myself and in retrospect the most satisfying. I didn’t get rich, but I was spoiled being in control, and I was happy. The struggle was well worth it.

"What on Earth would man do with himself if nothing stood in his way." - H.G. Wells

Sounds like you’re off to a blazing start. Good luck, and remember, as best you can, put that load down - every day!

I know! I actually have a couple with the Philippines, I emailed the people and asked if putting the main island was okay. They both said yes, so that’s a relief!

@PrintToLaser you’re so right. Luckily my wife has great insurance for the three of us, so that’s only one less thing I have to worry about. She did mention that there’s a possibility I get popular enough that I might need to employ her, but we’ll cross that bridge when we get to it.

Thanks for the support everyone, I really appreciate it

I actually have a couple with the Philippines, I emailed the people and asked if putting the main island was okay. They both said yes, so that’s a relief!

I had considered this, but I figured the less work I can get away with the better. I was surprised by the amount of people who responded, and really wished I had increased the price because of the amount of work I’ve had to do converting so many different countries and states into cut files, but the price was sent out all over the internet so I couldn’t change it later. Plus, I figured that this trial run would be a good way to get my name out there, and once I become a little more popular I’ll start pricing things to where I like them.

Maybe next year I’ll have them be a little more fun like that, though!

Pricng is definitely a challenge. Now that you know your items will sell, Set an hourly rate for yourself Subtract the cost of materials from the price, and add up the time used, including sourcing materials, marketing, accounting, etc. Take into account other costs as well. Then avoid creating items that won’t bring in your hourly rate with all those factors considered. Make sure you give yourself a raise regularly, or when you have more work than you can handle.

Excellent advice! Learning how to set healthy limits is one of the hardest and most important aspects of self employment, IMHO.

I’ve actually been thinking a lot about this. I considered doing a flat rate on material on a 1"x1" basis, but the formula grows much too quickly. Like with these ornaments I started at $10, which is great for a roughly 3x3ish disc, but then it jumps dramatically if we double it. So a disc that’s 6x6 isn’t actually double the material, it’s 4 times.

So I think what you’ve said is the best way to do it. I’ve also got to start looking at the maintenance on the machine once it’s out of warranty, with the estimated cost of the tubes being $500 and hardware replacement of other internal parts probably being expensive as well, it’s just another factor I’d have to consider. I appreciate you giving me feedback on this, because I actually have been trying to pin down a consistent price model, and I especially like this part

Make sure you give yourself a raise regularly, or when you have more work than you can handle.

Something that I will definitely take into account going forward!

Just a bit more (friendly) feedback… $10 is really not enough for a custom ornament. You can barely find a non-customized ornament for that much. And you can’t possibly make enough to live on given that those are more labor intensive than just cutting out a design. I don’t know your market, but ask yourself if you think you’d get even 50% of the orders if you charged $20 (I think you could go higher in this area, but New England is expensive). If you charged twice as much and had half the orders, you’d have half the work and materials, but the same amount of money (i.e. greater profit).

Haha trust me, I totally wish I had charged more for these. Initially I thought I wasn’t going to be all that busy and that mostly my friends and family would be interested, so I was being generous for Christmas.

My wife and I talked about how this was actually a good thing because I was able to reach more people and at this stage the more people who are talking about me, the better. My day job is at a bank so I talk with a lot of really interesting and fun people, a handful of which are small business owners. They’re great, and some actually ask me about my laser business every time they come in, so they’re guidance and support has been appreciated. They also suggested that I charge more

2019 will be the year that I set my foot down. I have a few more connections that I haven’t used that I think will really boost sales, and with me going full time laser dad, the income will be incredibly important to us! Thanks again, it’s support like this that makes me really feel like this can work

Here’s to a great 2019! I haven’t started selling (lasered) things yet. I’m hoping to start very small in January, and build up some inventory during the slow months. I just wasn’t up for a Christmas rush this year.

Anyway, best of luck for your business. You’re off to a really good start!

Good luck on your quest! I started doing missions as well (not ornaments, these are great) and yes, people love them! It’s a tough market (as I’m sure you know) and people won’t over pay but there will always more work out there. What’s funny is what it sounds like you’ve found out. You do one mission in a certain style and think, yes, this is great. Then someone asks you to do a mission that doesn’t fit your original model at all! And it’s back to the drawing board. I just completed Chesapeake Virginia (look it up!) Talk about a complicated outline. And yes, I’ve done Philippines too and it’s crazy, but I love the challenge!