Does anyone have a cleaned up SVG Ear Saver file? My OCD won’t allow me to cut this file as is. With more than a million cut, I am surprised that this is the file being used… 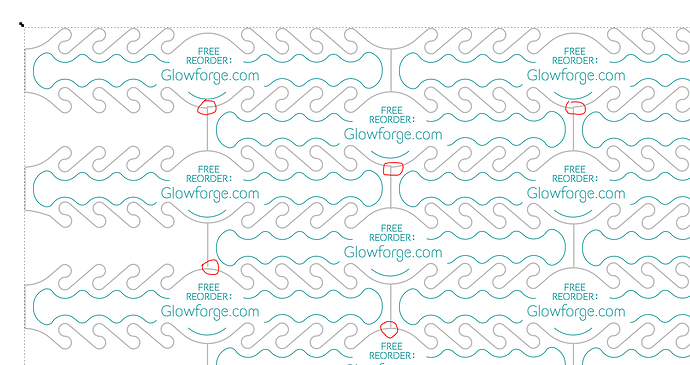 Never had a problem with it. They drop out of the sheet and separate cleanly - although I’ve only cut about 3,000.

It’s easy enough to edit. I put my own graphic in, and also made different versions for singe-strip cutting from unused scrap, for example.

Are you using the SVG file provided by Glowforge? This one? I started removing the words but this thing is horrible so I’m in the process of making a new one now, was just hoping that someone had already done this

I mean, it’s a great design to maximize material but it’s a little out of wack as far as being technically accurate. I was just hoping some one else’s OCD saw this and corrected it prior to now.

I used the one provided by GF from the beginning.

Just looked at mine, it’s not like yours - no issues with lines joining up.

And you never noticed that some of them are out of whack?

Oh well, I’m almost done fixing the file. Thanks for the input

it’s a little out of wack as far as being technically accurate.

If you have a passthrough I made one for 12x12 at a time, thus using up a 12x24 sheet. Plus for every 5 you also get a flexi (two half earsavers that you can put together with a band or knot)

Edit: I found one line a bit off and fixed it. This has no extra scoring.

Here are the flexies as I ended up doing them… 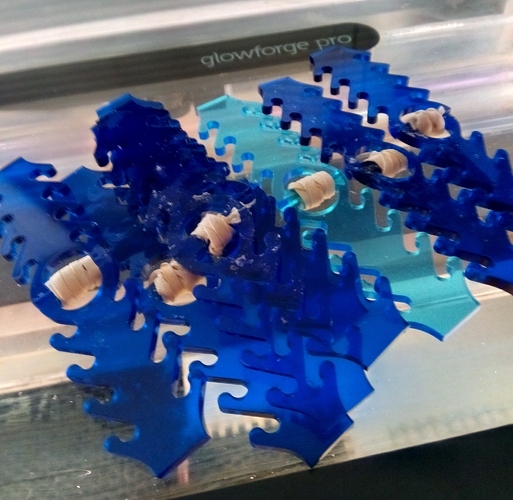 Yeah, I saw it too. I don’t have a passthrough so I extended it out so I can get 4+ a flexi on each row. 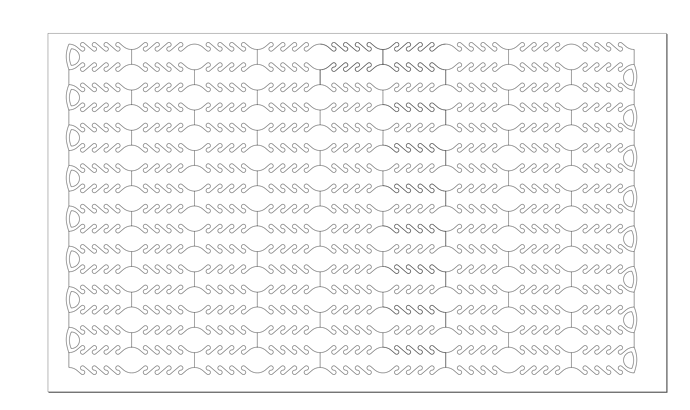 Thanks again. About to cut it now

Squitch it a bit, and you could get another row, if not on the first pass then on the scrap(top and side)?

12x24 turned sideways did not leave a lot of scrap… 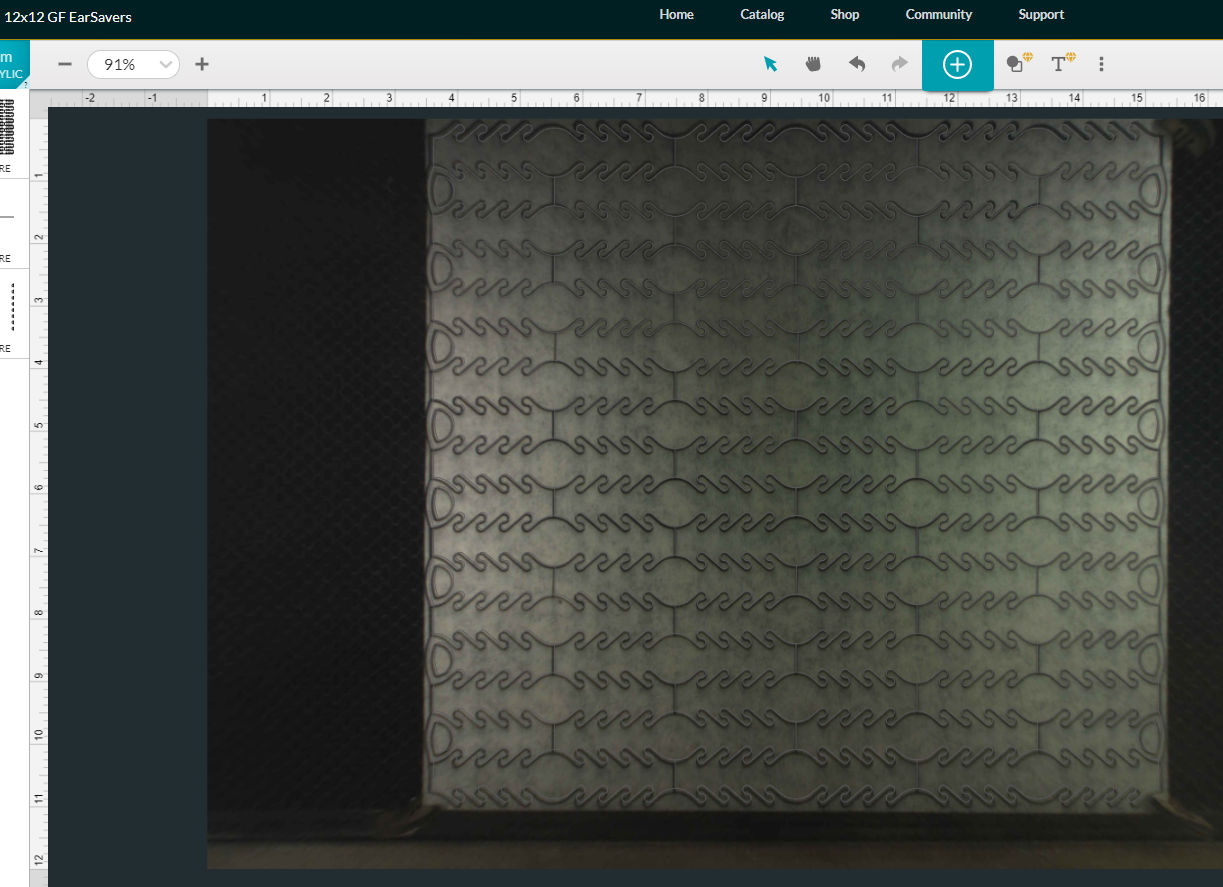 And you never noticed that some of them are out of whack?

I used the original and then cleaned it up. Tossed all the engrave/score lines/text out and just used cut lines. The verticals between earsavers needed to be deleted - they were double cutting for the interior ones. The other wonkiness doesn’t affect the cut time or cuts themselves so I left it.

Interestingly enough, it was only when I was doing a run of customized ones that I uncovered (or created) something that results in a firmware crash every sheet. No word on a fix for it yet so no one gets customized earsavers from me.

Here’s what every connector in mine looks like. As I said, it was the original file downloaded from the FAQ web page. I know it was changed after the initial posting several times for some reason. They do double-cut, but it wasn’t worth the effort to clean that up. 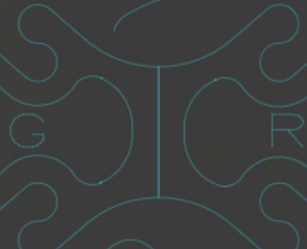 They do double-cut, but it wasn’t worth the effort to clean that up.

I had an easy time doing it. In node mode i just grab a line and pulled causing that first picked line to curve and used the delete between two points, About two seconds per time. Much less than to type about it.