I was inspired recently to make my work computer look a little cooler. Here are the results using walnut veneer: 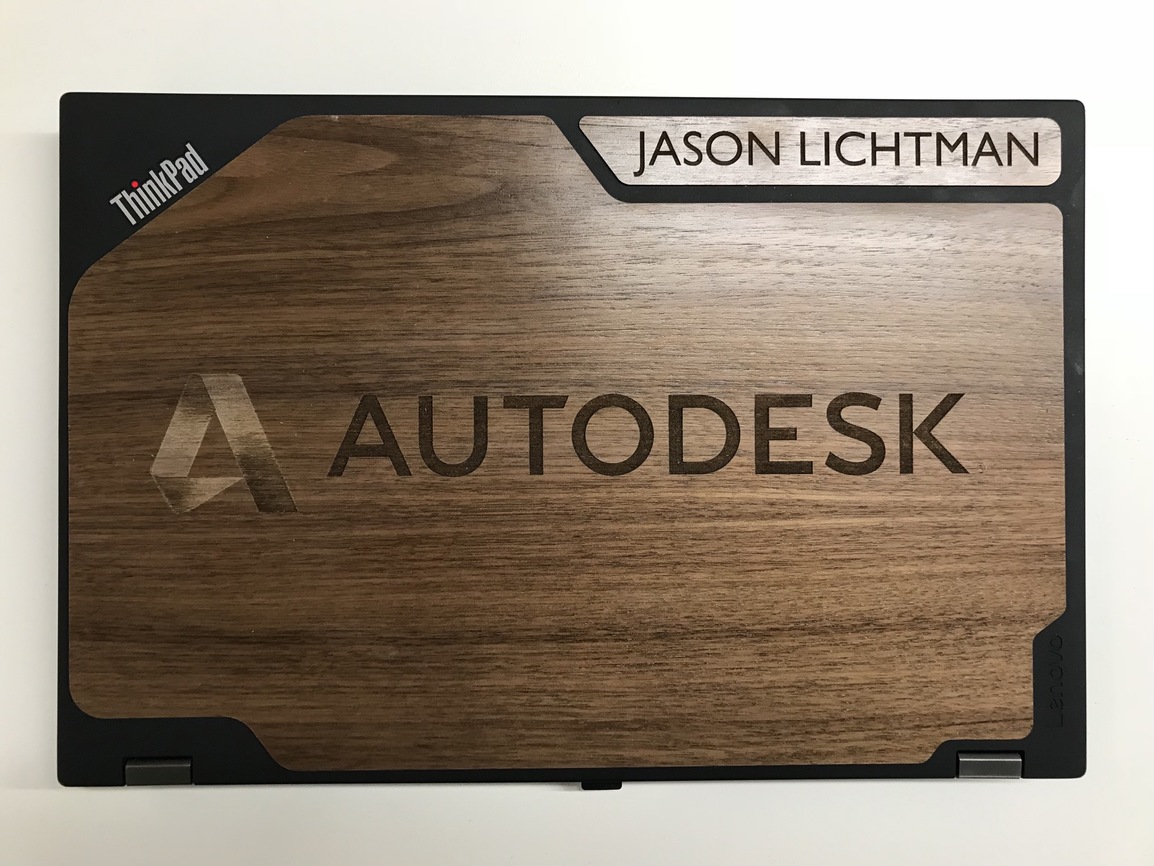 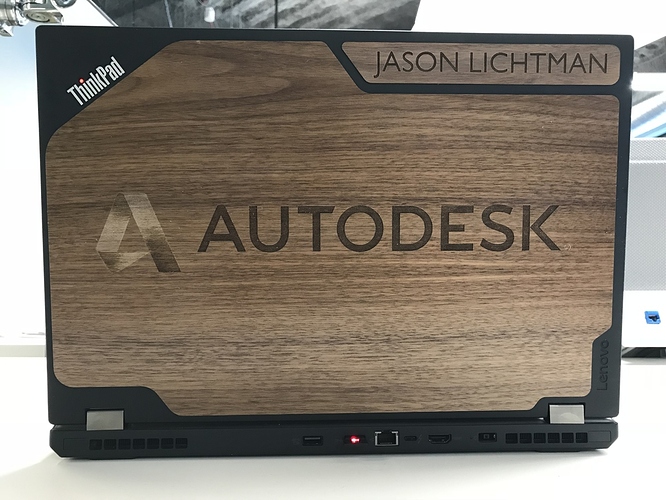 I tried out using greyscale to vary the power setting for the Autodesk logo “bug”. Results are pretty cool in my opinion.

Designed using a mix of Fusion 360 and Adobe Illustrator

While this has provided several compliments from people who’ve seen it, I’m yet to see my computer’s performance improve as a result of this upgrade.

Shout out to Autodesk partner Ryan Johnson for the design inspiration: 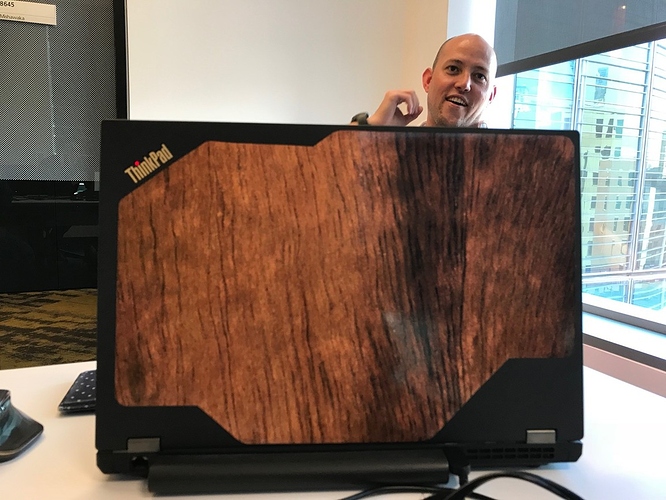 Ooooo, that “bug” looks great! As does the whole project. I’m guessing your co-workers all want one now.

wow it looks really cool. I like the design and the engraving is really neat, was it just a grayscale image that was engraved?

How did you attach it to the computer?

Oh that’s nice! How did you get the color range effect on the logo? That looks lighter than the surrounding material.

I’m yet to see my computer’s performance improve as a result of this upgrade.

That’s because you went for a classy look… if you want the graphics to make the computer go faster, you need racing stripes

if you want the graphics to make the computer go faster, you need racing stripes

And some Carbon Fiber accouterments

That is beautiful, which is something I never thought I’d say of a thinkpad.

@Jules and @Dia,
I started with a vector that had a gradient fill (black to white). Tried to upload that as is, but Glowforge gave me a warning that they don’t accept vector gradients yet. The warning recommended that I rasterize the vector gradient. Result: an embedded greyscale image in my Illustrator file that still had the gradient. The Glowforge UI interpreted it no problem.
Note: the rasterized image is slightly fuzzy at the edges compared to the original vector. So, when I chose to score the outside edge of the bug to give it more “pop”, the score did not align perfectly. Now I know not to score the outside edge of a raster/bitmap image.

@john.m.gaffney,
Proofgrade veneer comes with 3M double sided tape on the backside. So, I cleaned my computer with denatured alcohol, peeled off the protective layer, aligned the best I could and pressed out all the air bubbles. Done!

The gradient logo looks spectacular with the walnut grain peeking through.