Ive tried to connect two nodes together by selecting both with a select box around them, Pressing shift and both nodes then hit connect but they still will not connect. Any advice on what I doing wrong, The whole picture has been converted to path.

Glowforge support can’t help you with Inkscape issues, so I’ve moved this to an appropriate section.

The nodes have to be on top of each other - when you move one over the other, it will say “cusp node to cusp node” - when you release, and select them, they will disappear because they are perfectly aligned, then you can join them. Obviously, they have to be part of the same path - combine if not.

There is a link to the Inkscape manual under the Help menu.

Obviously, they have to be part of the same path

To be 100% accurate if the nodes are from two different paths they will get joined and the two paths will be merged automatically. You don’t need to combine them first.

That you do need to be sure of is that the two nodes are end points. You can’t join nodes that aren’t “loose ends”.

If you feel comfortable posting your art we can probably give more specific advice.

That has never worked for me. I just tried it in 1.0, ignores the command if they are not combined.

Sorry I forgot to paste it. 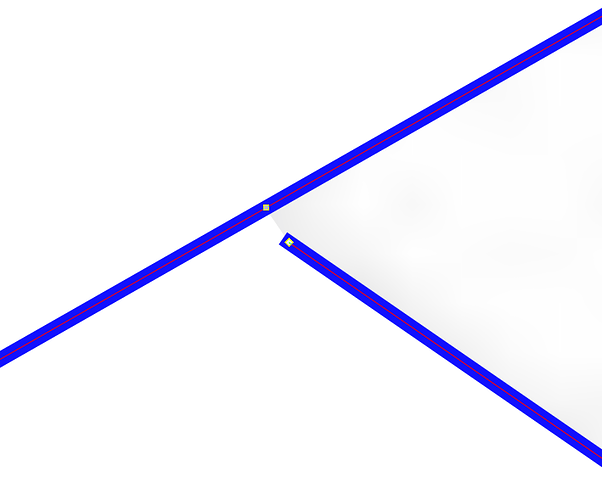 Okay you’ll have to break up the top line because both need to be ends.

ok thnx Let me try that

That has never worked for me

Not sure what you’re seeing but I do it on almost any complicated project so I know it works.

is there not a way to connect more that 2 end nodes to one point? I broke the one line so now I have three end nodes but when I tried to connect them it connected only two of them

is there not a way to connect more that 2 end nodes to one point?

No, because they have to both be part of the same object. An open path can only have two ends.
This is what you can do though and in the end is more logical. Close each of your two paths and then run the boolean called union in Inkscape. You will find that under the path menu.

OK technically this is correct, but it’s not what I’m referring to. What these buttons do is remove a segment between two nodes. What you want are the two buttons to their immediate left, which join two nodes of break a path at a single node.

All this and more is explained clearly here:

Thanks got it working

Thanks for your help its working