Consider investing in a lightbox

I bought an Amazon built lightbox. Worth the $135. Bright LED lights already in the box. Turn it on and shoot.

I’ve found that a window in my house or office works quite well. It has to be during the daylight hours though.

I bought the Kickstarter Foldio3 - with the lights and turntable

There is no excerpt because this is a protected post.

Been using these for years, since I started photographing a die cast car collection…

I went the really cheap route. I had a big roll of paper that I typically use to make templates of stuff (I think I bought it at Sam’s Club and it’s supposed to be paper to put on tables for cheap table cloths). Then I took a fairly large Amazon box and with scotch tape and scissors, cut the paper and stuck it on the back, bottom, and cut two “window” in the sides of the box and put more paper there (note, don’t crease the paper into the corners, and leave some extra to hang out the front).

Then I grabbed two LED Bright White Bulbs I had around the house (I think I had to steal them from some larger light fixtures), put them in smaller desk lamps that I could move around, and put both of them on either side of the box and then started taking pictures.

Ok I guess I’m in the bargain bin box. 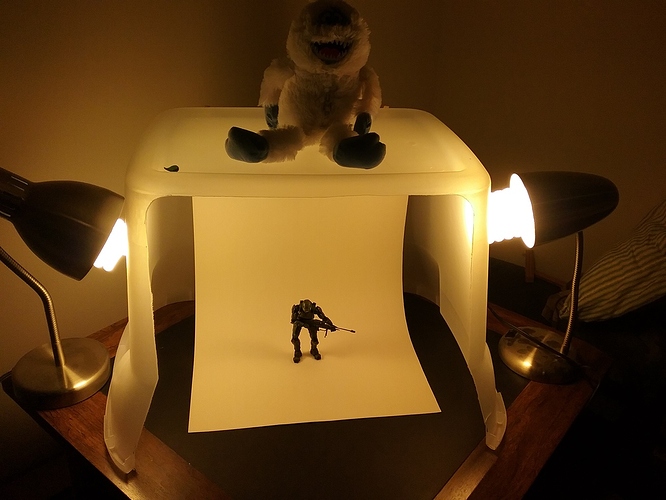 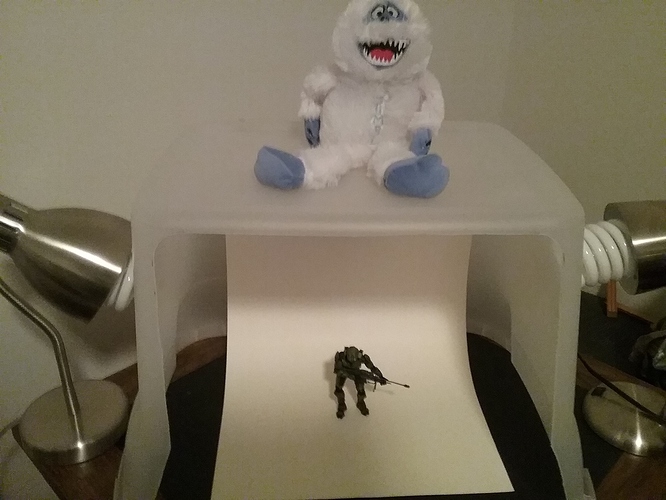 I want a Bumble!

Actually, I guess I should invest in one of these things, as opposed to shooting them on the dining room table or top of the printer.

It’s actually a dog chew toy meant to have a water bottle in it for the crinkle effect but he makes a much better observer.

There are actual Bumbles though. Got one who came with a star for my mom years back.