So it’s been a while since I last posted, but with this extra time at home I’ve been able to start 'forging again!

This time, I tried to restore a little order to my world by organizing my spice drawer, using IKEA jars and custom made cork labels.

Only problem is, now they don’t all fit in the drawer. Guess that means a spice rack project is coming up next?

Those look so pretty I almost feel like cooking. Well done.

So much more enticing to use!

Thanks! Gotta say, I’ve been cooking a lot more this week, but I can feel my old OCD habits creeping back up on me whenever I put a jar back in the drawer with the text upside down

100%! And now maybe I can start taking them with me whenever I run out of spices and need to top them up at the local bulk food/waste free shop

… well… whenever we can start leaving the house again, that is

I also love that they are alphabetized.

It’s just lovely that we are able to customise pretty much anything ! Loved it!

I couldn’t bear to put them in any other way! (Don’t tell my family, they’ll use it to mess with me)

These mini glass jars are ideal for filling with wedding favors! Add sweets and treats, or use them to add a unique touch to your candy buffet. They're ...

Yes. At the risk of now filling my inbox and snail mail with oriental trading company flyers, this is a go!

Were these the Rajtan from Ikea? 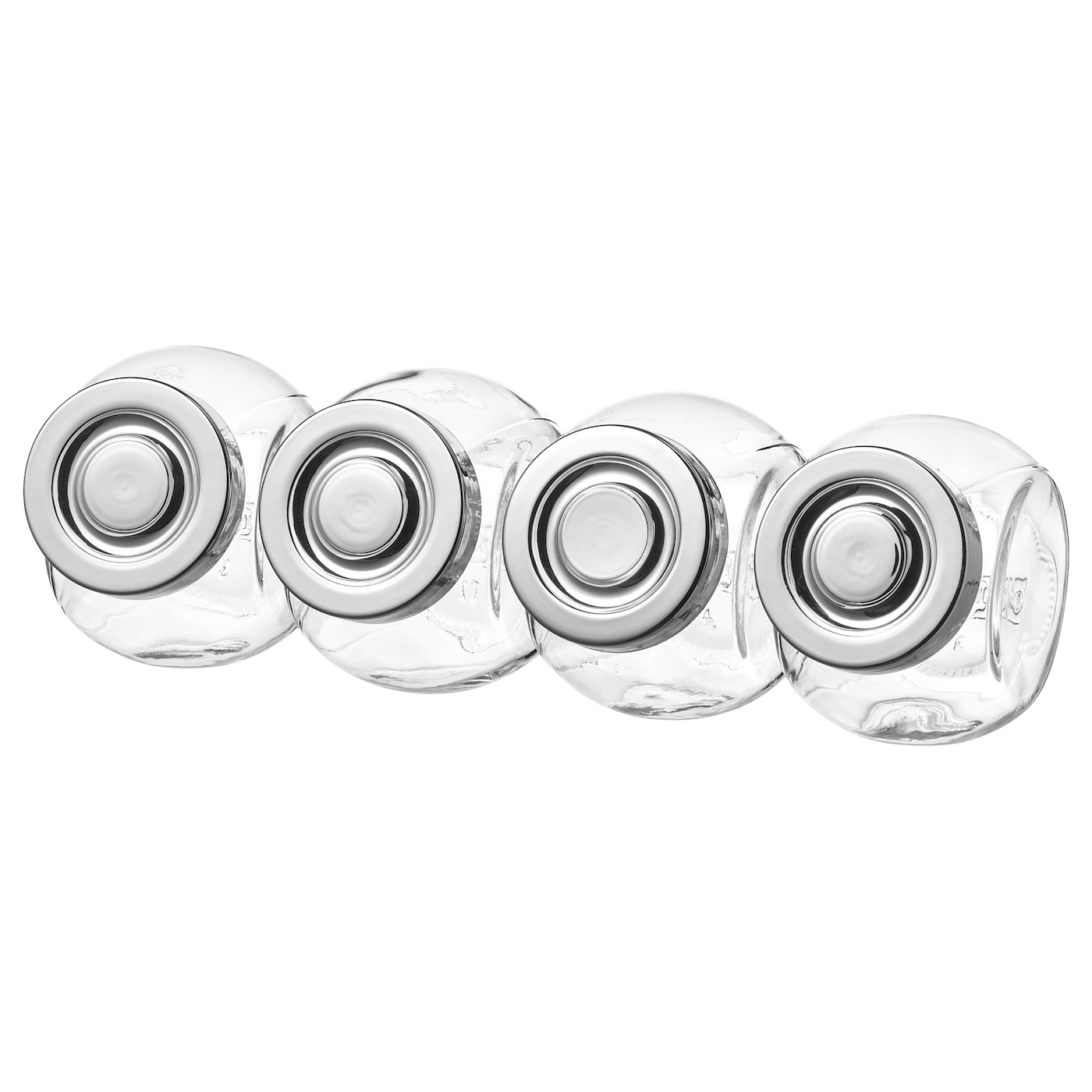 IKEA - RAJTAN, Spice jar, glass, aluminum color, The transparent jar makes it easy to find what you are looking for, regardless of where it is placed. The glass part is dishwasher-safe, the lid should be washed by hand. Wash this product before using...

i wish i had a drawer i could put these in. storage space is at a premium in my tiny kitchen and they’re all on a cabinet shelf. but this is something to plan for in a kitchen reno.

Great job with your spice jars, but what are sea salt Flakes?

Salt water forms flakes as the moisture evaporates. Most grocery stores carry it.

I have 4 different types. Each has its own flavor depending on the source.

I did use the Ikea Rajtan jars, I’ll update my post! (I wrote a long-winded post on my website, but somehow skipped basic info here) I sized my labels at 5cm diameter and they fit just snugly on the top, slightly inset all the way around.

I also have a pretty small kitchen, and practically nothing in the way of cabinet and bench space, so I’m constantly rejigging where things live. I would love to have a spice rack, but actually got no idea where it would go!

These are beautiful. I really like how you’ve selected and customized the fonts.

I don’t want to derail the jar-labeling discussion, but a couple of comments on not having space prompted me to share something I did, that could be adapted to spice-jar storage as well.

I came up with this after years of using other options - knife blocks, wall-mounted magnetic holders, drawers, etc. This is what works for me - the hinges can support a lot of weight, but drop down and forward when they “open”. I secured a steel magnetic holder between them, and attached them to the underside of a cabinet (which happens to hold my spices, salts, seasonings and oils) above my primary workspace.

Anyway, it would be pretty trivial to make up a tray suspended in the same manner, and put your most-used spices in it. When not needed, it would fold up under the cabinet virtually out of sight (and away from light, which is important.)

These are the hinges I used. Looking at the pics, I think I also used some small right-angle brackets from the hardware store to make everything work.

We have one grocery store here and it’s stocks of regular ol’ supplies have been severely depleted the last few weeks, but all the nice things have been in plentiful supply! So I took that as the perfect excuse to get some flakes. With all the time I spend cooking, I should have bought some long ago

Fascinating that in this instance Ikea is way cheaper than Oriental Trading. I didn’t think that was possible!

Once I got to the end, I realised I made a few glaring omissions… like cinnamon! What is this Old Bay you speak of??.. I’ve somehow gone 28 years without having laid my eyes upon any. But then again, I’m in Australia.