Cracking me up (Christmas ornaments)

I was playing around with settings to etch on some glass ornaments tonight.
I coated the glass with liquid dish soap and had absolutely no idea where to start with settings. My first pass only etched about the top 1/5th of the image. I swear I had the Glowforge power set to 100 speed @500 and 270lpi but after my second pass I think perhaps my power setting was missing a 0 or 2 after the 1. These do have a curved surface obviously and I had my material thickness set for the highest spot on the ornament also.
For my second attempt I changed my material thickness so it was about half way between the thinnest area that would be etched and the thickest. I set power to 100 speed to 400 and 270 lpi. This cracked the bulb immediately.
Edit: If you look at this pic you can see the light etch from the first attempt, the laser is just approaching that point. also the soap had dried because this is the second pass on the same side. 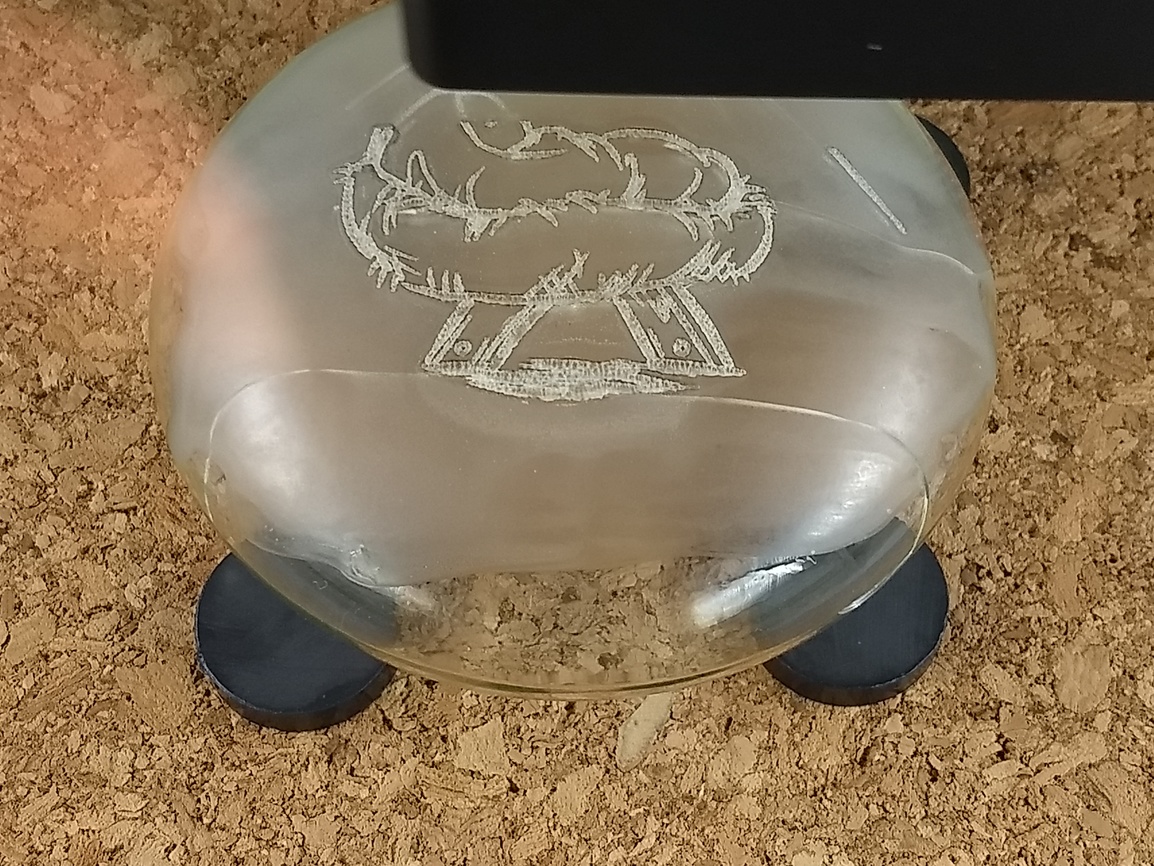 Went through a few more rounds dialing the settings back as on each turn. After a total of five attempts and sacrificing 2 bulbs I settled on these settings:
Speed 450
Power 65
LPI 225 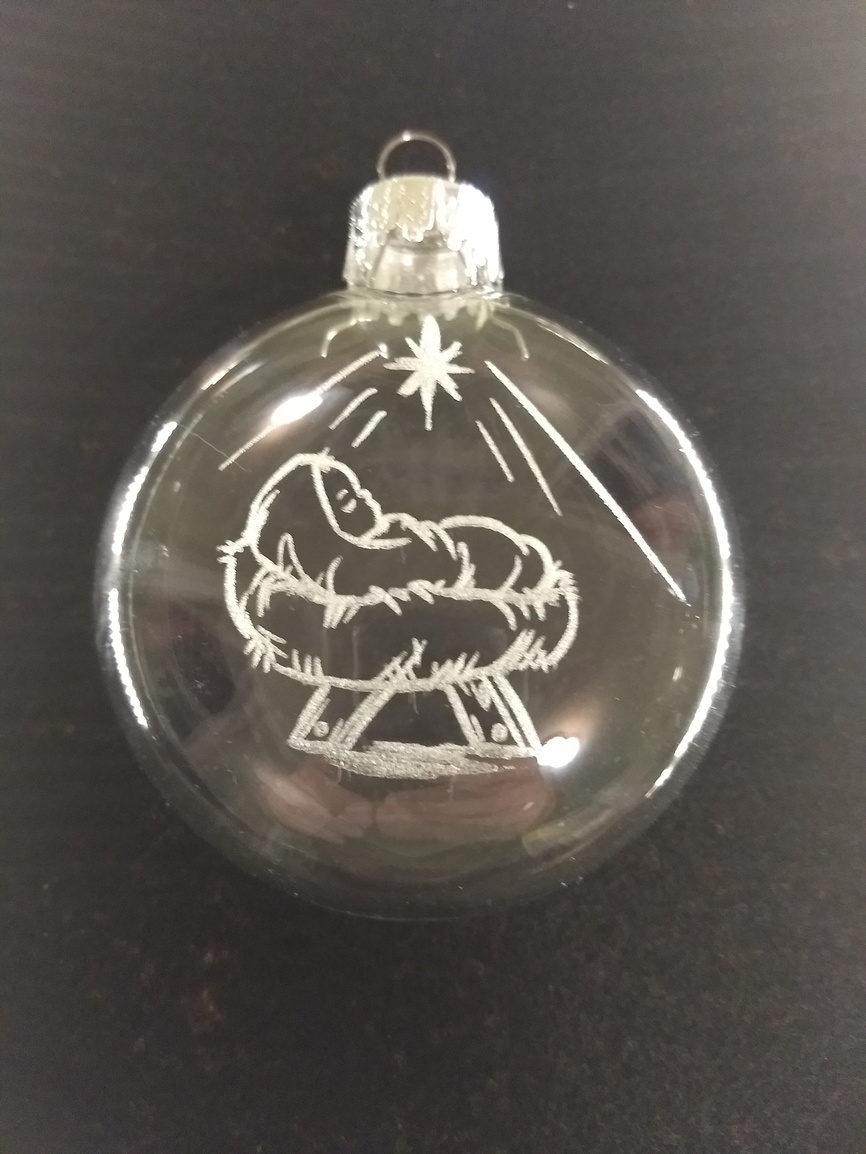 I’m sure this can be improved on but at least if you want to do your own you have a starting point.

Gives me something I can follow up with on mine, thanks. I’ve sacrificed more than 2, and not gotten dialed in this well on ornaments.

Yay! I found mine tonight. Two packages left from last year. One set are 3" (actually 80mm) and the other are 2.6" (66mm). They’re from Darice (made in China although the box text is English/French).

From Amazon it appears. 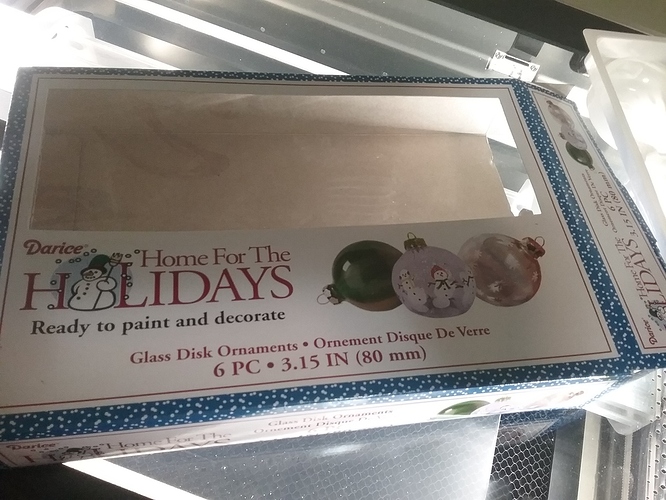 Exactly! They haven’t changed the packaging in 3 years then.

I used them a couple of years ago with the K40, last year with the Redsail and this year I’ll do them in the GF.

By the way, in addition to lasering, if you take a light (really light) dilution of tempera or acrylic paints and pour it in the ornament, swish it around and pour out any remainder you can color the inside with a non-scratch paint coating. The other treatment that works is to paint dip them and laser - it etches but also removes the paint layer.

Perfect timing ; I have some glass squares I want to etch, and now I have some settings to start with.