I wonder how long it will take my husband to notice I glowforged his smoker…. 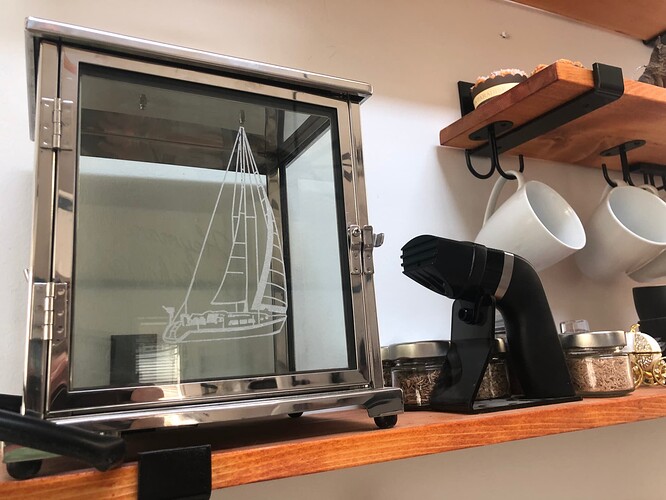 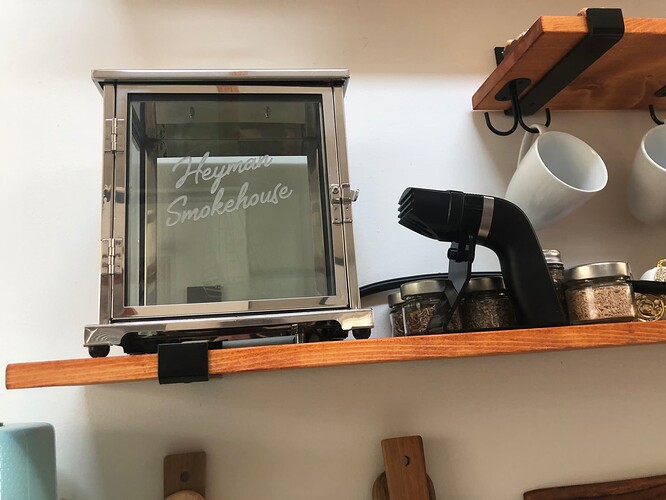 This is awesome! It could be right away or years from now

I was able to get the sides out. I don’t think I did it the correct way but they came out in the end

He will likely just assume it came that way and he hadn’t noticed it till now lol.

Nice upgrade to it

Yes, but did they go back in correctly?

Looks great! Has he noticed yet?

MyDogsThinkImCrazyRegular
I was able to get the sides out. I don’t think I did it the correct way but they came out in the end.

Bigger hammer always work when all else fails.

Great idea! So, the little smoke gun connects to the box somehow and you put whatever you are smoking in the box? DOes this work well?

but did they go back in correctly?

…not exactly. The side with the sailboat is the first panel I removed and I just bent the prongs that hold in the glass to get the glass out. It was effective in removing the glass but it did mess up the frame a little so that side really doesn’t open anymore. But its not like you need both doors…

For the other door I removed the hinge pin and that was much better.

Has he noticed yet?

He walked in on me trying to fix the door lol. But he agreed it looks nice even if I slightly broke it.

DOes this work well?

Yup! We love it. It is fun for making things like smoked manhattans (which are my favorite drink but that only because of the cherries). We also use it to make smoked cheese and it does well with that.

Cool. What kinda smoker is that?

So, the little smoke gun connects to the box somehow and you put whatever you are smoking in the box?

Can you use your scraps from making stuff in hickory?

Cool. What kinda smoker is that?

Its a Crafthouse from Fortessa. I picked it up from Costco last year and they had it for $130. 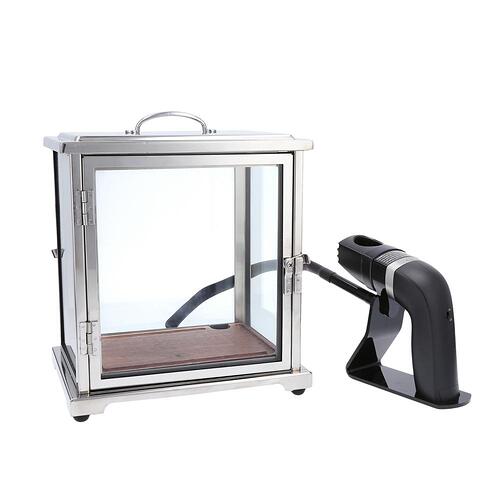 Crafthouse by FORTESSA is a comprehensive barware collection for the aspiring home mixologist, designed by world champion bartender, Charles Joly. The double-sided

Can you use your scraps from making stuff in hickory?

That is a cool idea!

mixing drinks is all it is designed for? Sort of mixing vaping with alcohol? The smoker part is much smaller than I was expecting, and thinking of like cheese or raw kababs before tossing on a frying pan, or even soup before hitting the microwave. but looking at all the ads it only shows drinks.

though having ever cut acrylic or leather would ruin the effect.

Love it. Is the engraving on the inside or outside? If inside, maybe it will get a cool meat patina.

mixing drinks is all it is designed for?

Basically. But you can fit cheese in there and some other stuff. It is cool and all but the low costco price is all I would pay for it. Places like Williams and Sonoma sell them for $250 which is crazy.

I have thought about getting this and using the GF basically as a hotbox to smoke food on a food only glowforge: https://www.amazon.com/Outset-76611-Portable-Infusion-Smoker/dp/B07G1RGKZV

Is the engraving on the inside or outside?

Its on the outside