Anyone know of a good way to turn data (as in Excel graphs or .csv files) into vector data?

I just tried something where my Excel spreadsheet contained columns of data plus an xy scatter chart of the data. Within Excel, from the File menu I chose Share…Send PDF. When I open that pdf file in Illustrator it looks like the data is somewhat vectorized (at least, it’s not rasterized), so it might do what you want. Give it a whirl.

Define a little better? What do you mean vector data?

What are you trying to do?

Ok, let’s say I had hourly temperature data for a day, and I wanted to cut a curve in the shape of the data.

I want to do something like this- which is a visualization of the tides in San Francisco Bay over the course of one year. Each slice represents one day of tide level. (Exhibit at San Francisco Exploratorium.) 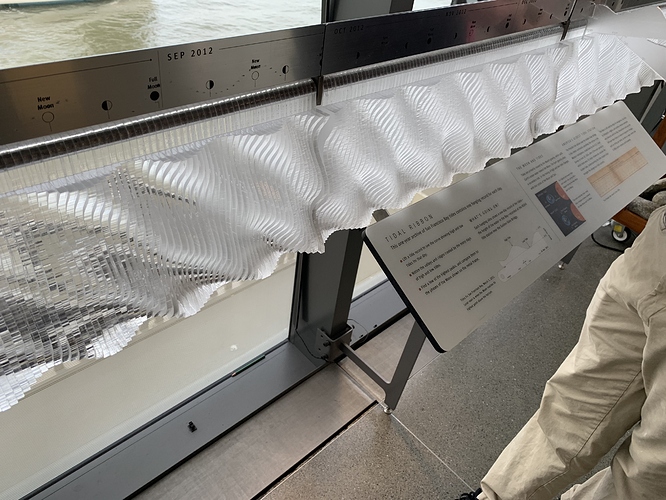 Cool. You’re probably going to want to use something like Matlab or Gnu Octave to process your data and geneate the types of plots that you want. The GNU Octave software was noted in this post:

Acrylic Sombrero Made on a Glowforge

I snagged a 3D plot that was saved as a straight SVG. I’ll be using Octave (open source equivalent to MatLab) to do more function plotting / graphing and exporting it to SVG. This should make for a pretty nice workflow… GNU Octave

You should be able to process your data sets and generate a visualization that you like.

You can search the forum for Matlab to see examples of what people have been doing with it.

Would love to see a picture if you figure it out

That is very cool.
I wonder if Wolfram Alpha Pro could provide what you are looking for, It would even look up the data for you.

So it is possible to print an excel chart as a pdf and then open that in my vector software. The line does not appear as a single line, however, it is an outline of the graphed line. so if you set the line width very thin, it approaches a single line, which I can cut in half and make a cuttable vector.

Now, how would you automate the process for 365 days worth of data?

So it is possible to print an excel chart as a pdf and then open that in my vector software.

'Ish. The problem is things designed to print well do not often obey the rules that we need for vector engraving/cutting. In print, filling a foreground object with white is easier than truly doing hidden line removal. The problem with that is a white filled object is of course filled with a color as far as the Glowforge is concerned, and the lines behind aren’t hidden so will be engraved/scored/cut. So a lot of cleanup is required. If you are engraving the whole thing, way easier to RIP the PDF as a bitmap and then engrave (because white is then a “don’t cut here” message rather than a filled shape. And since plots are almost always rectangular easy enough to put a cut box around it in AI/Inkscape.

How good are you at programming?

I just made this SVG in inkscape 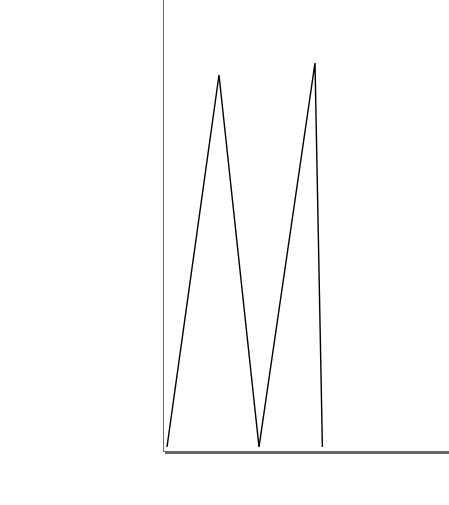 When I look at the SVG that was saved, there was a path section with a bunch of coordinates that looks like this:

I was able to edit those x,y values in notepad, save the file and reload it inkscape. The path it took now corresponded to the changes I made.

It would be fairly trivial for a programmer to take x,y coordinates saved in Excel (as an CSV), and create strings that you could put into an SVG file that corresponds to that data.

Heck, you can do this directly in Excel.
I made an excel spreadsheet with 4 x, y coordinates in them.

Then you can take your whole row of concatenated "x,y"s and concatenate them together into one big long string with the command:
=+CONCAT(K18:K21) (where k18:k21 is the range of your data)

Once I had that final string, I just copied and pasted it over a path in my svg file, and it gave me a curve that went through those 4 points in InkScape. 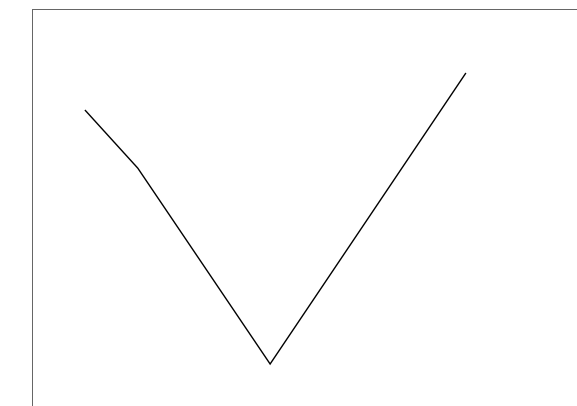 It may do what you want.