So I waited much too long to clean my crumb trays and had to replace them. I thought I would experiment in trying to clean one of them. After soaking, scrubbing and power washing I decided to try the grill. What a mess! All that resin just ooozed out and clogged the honeycomb. I spent a couple hours trying to weed out the holes and gave up.

I’ve been very particular in keeping my new ones clean. I poke out every little bit that sticks inside the honeycomb between cuts. I got about 100 hours on my new one and cleaned it up really nice. After taking the tray apart, I used a weeding tool to poke and scrape the 3 dozen holes that had debris in them. Then I flipped it over and did the same to break the hard resin pieces off. Then I sprayed it with Simple green, scrubbed and power washed it. Then I soaked it for an hour or so in 64oz of LA’s Totally Awesome and Simple green. Back to the power washer and a final poking of the holes. I dried it with my air compressor then used a heat gun to finish it off. Took a couple hours in all.

The first 3 pics are the new one before and after soaking it soak. The other two came off the grill! 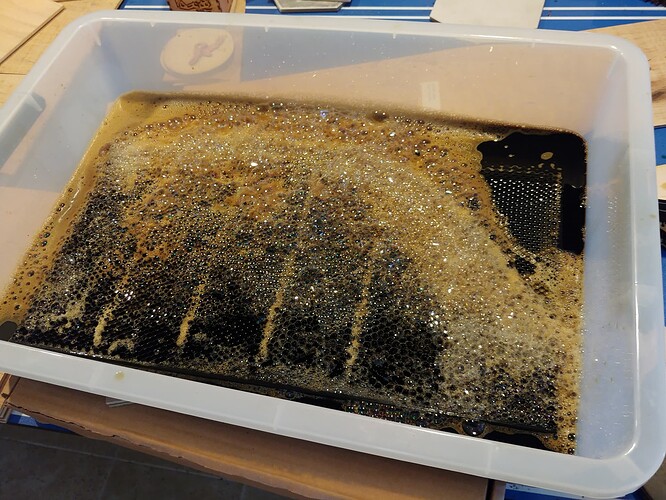 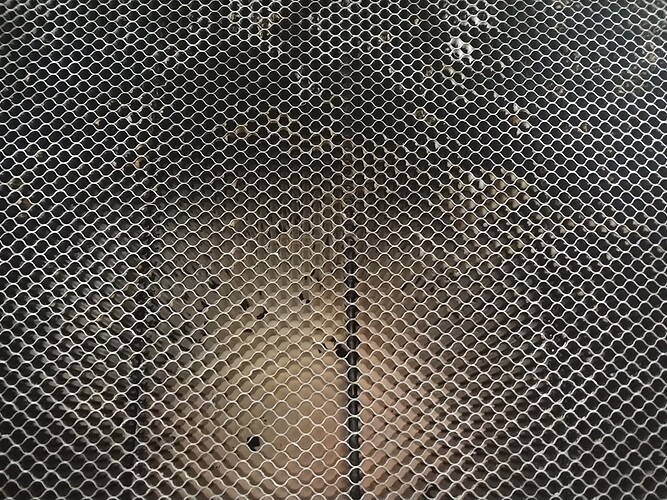 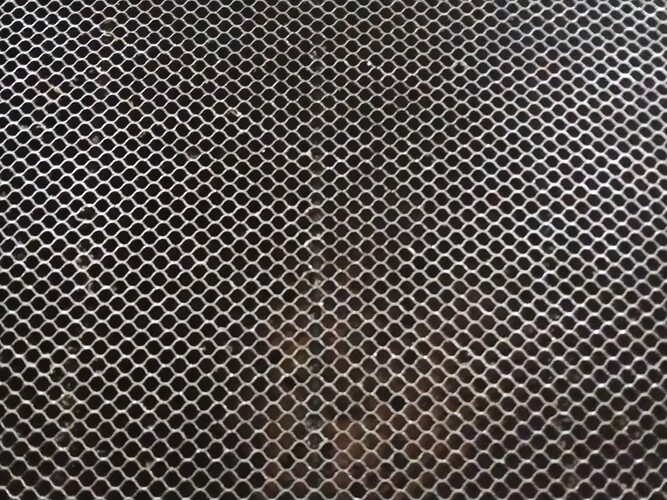 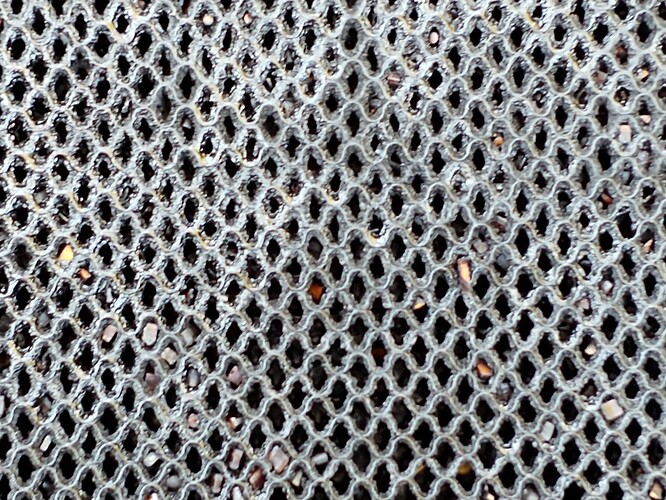 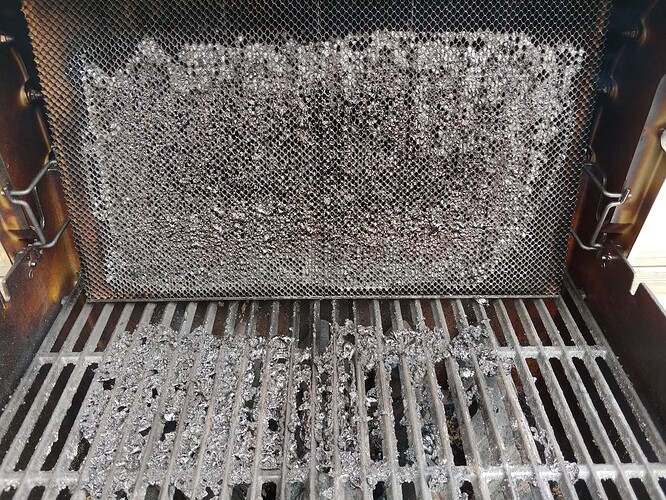 Other than removing it to shake out the little pieces that fall thru, I have never cleaned mine in 5 years.

When I get stuff stuck in it, I run an engrave over the area at 0.01 focus and the laser does 99% of the work.

Other than that, I shake it out, and wipe off the edges with a baby wipe.

I have run the engrave trick years ago, and for broken bed pins that hit the supports underneath and cannot go in more or out, but that is a lot of running the laser to little effect.
If I am at the extreme a broad wire brush will push any big pieces down as will any bed pins. I have needed to push broken bed pins or larger crumbs that get stuck, but while I have had three machines since Feb 2018 I have had only one crumb tray. So it does not get worse than a certain point.

I have never cleaned my crumb tray either. Just pour out the debris that falls through the honeycomb and occasionally poke thicker ones that are stuck out…

What are you cutting? 2 machines over 5 years with 1 crumbtray and I’ve never cleaned it other than vacuuming with a shop-vac from time to time.

BTW, when reassembling your tray, make absolutely sure that the honeycomb didn’t warp or otherwise deform while out of the frame – this has caused other users grief in the past.

2 machines over 5 years with 1 crumbtray

Baltic birch and other woods leave a sticky residue “tar” that builds up badly, and can ultimately discolor your materials either through just touching it or by virtue of flashback effects.

My question is how have you not had to clean it. I find that putting in and removing pins gets more difficult and then taking them out you get bits of black smut all over your materials. If you’re working with something like cardstock that will show any and all dirt, just the debris thing alone can destroy your entire project.

Related video on that one is cool to check out

I’ve been cutting Columbia Forest 5mm walnut, mahogany, maple, oak and baltic birch. Resin builds up on the honeycombs the holes start to close up and pieces get stuck. Once the resin builds up hard, it is impossible to clean. I notice I get no flash back with my new cleaned trays.

Not to hijack this thread, but I wonder what the training / certification requirements are to run a piece of hardware like that.

I think they were using MDF in the middle of that, which among other things creates more crud than about anything else.

It has a MDF core. But this stuff cuts cleaner than any other wood I’ve used. The fill is very light.

I have six machines and most of my crumb trays are absolutely caked with charcoal and I can’t clean it (I’ve tried all cleaning tips I could find on this forum). I use a little screwdriver to push in any of the honeycomb holes that I need to put the pins in to hold my material down but the flashback is terrible on the back side. I cut a lot of 1/4" maple plywood so I get a lot of residue overtime building up on the trays. I have debated many times on whether or not to buy all new crumb trays for my machine, but I can’t justify spending that much money on just trays. I’ve been looking for other options or better ways to clean them… still have not found a solution!!! Any ideas would be greatly appreciated!

As a last resort a deep engrave as noted above of an empty crumb tray might take several hours and perhaps move the crud to other places in the machine and hopefully not warp the bed. Alternatively not cutting ply with any mdf would have less buildup.

I let my first 2 trays get thick like that and could never get them clean. I flipped them over after the first clean. Then they got to the point of no return. Bad flash back on everything. I treated myself to 2 new trays when I got 2 replacement units. The first few cuts leave flash back but then it disappears once the tray gets seasoned.

I cleaned on of the new trays after about 100hours and it came out great. I think these trays need to be cleaned before the gunk builds or they are done. I’m thinking of having one of the old ones sand blasted if possble.

I’m curious what you make with 6 machines?