This one, by my brilliant baby brother?

Give that wiggly GF tray the boot!

Okay, after the boots, make sure you restart the Glowforge each day and when there is any possibility that the head has been bumped.

I’ve also added tape measure to the edges of the tray and made T square with another tape. With this I can place things within a 1/64".

The only thing that ive found has repeatable precision is snapmarks, because it uses the head camera to locate itself, not the lid cam. the lid cam is prone to error

I do not have the capability to use snapmarks. I’ve tried before, as I was excited to have it, but my software would not recognize it. I found that we bought our GF after snapmarks had come and gone. Is it still correct that we all don’t have access to snapmarks?

Snapmarks were a beta just like the current passthrough program (and played a roll in its development). Only some machines got them, although you didn’t have to sign up for them. They are unsupported for those that still have them.

Just for testing purposes, I printed a small design repeatedly with power cycles between each print. They were light scores, and they printed perfectly over the top of each other, with the same precision as if they were multiple passes in the same file.

So locking your jig to the frame, directly or via the bed, should give you the same repeatability.

I never needed this capability, so I’ve not pushed it further by manually moving the head, for example. As stated, the lid camera is not that accurate. I’m fortunate to have snapmarks and they give that same degree of precision no matter where the design is placed.

I have not tested power cycles on purpose, but I have turned it off and come back the next day and continued using my jigs. Good to know.

I have affixed a “lock” to the top of the tray but have not had sustainable results with it. The tray is the key. How have you locked the jig to the frame? By removing the tray and eliminating that aspect completely?

Snapmarks were a beta just like the current passthrough program (and played a roll in its development). Only some machines got them, although you didn’t have to sign up for them. They are unsupported for those that still have them.

I’ve signed up for the beta passthrough program. I’m looking forward to it!

* unless you’re doing print and cut. But who does that?

But who does that?

Um, that would be me. Best use case for snapmarks.

How have you locked the jig to the frame?

I never have. I have sna… well, you know…

With or without the alligator skin layer?

Phoenix Pop Up Card Made on a Glowforge

[image] My latest pop up card project is this little phoenix. The finished cards are 3.5” by 2.25”. I made a few dozen to give away at the local media convention this weekend. If anyone will be at Phoenix Fan Fusion, hit me up and, I will give you a card! (Limited to supplies on hand, etc.) [image] [image] [image] [image]

(But, yeah, jigs for almost everything. I could do those cards with a jig, too.)

I’ve also added tape measure to the edges of the tray and made T square with another tape. With this I can place things within a 1/64".

Of course. No problem. 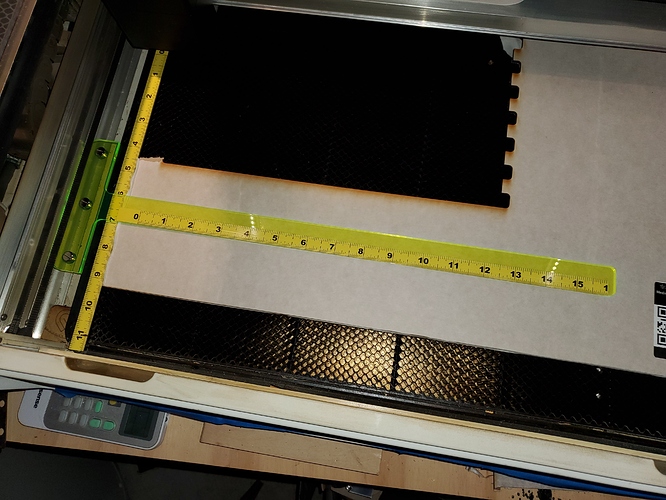 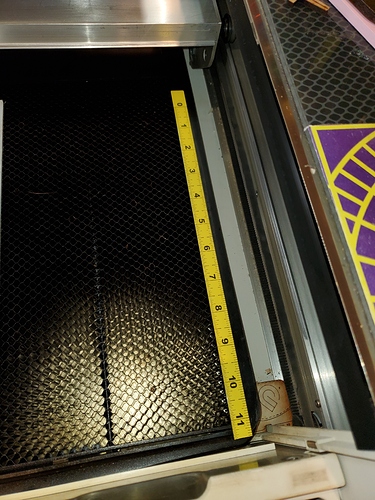 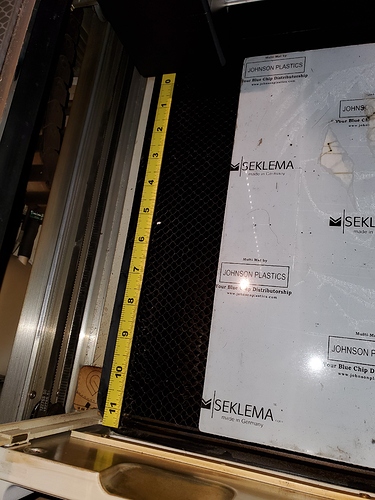 Awesome, and Thank you. Now to burn out a couple rulers.

The first ones I did were from

laminate but for these I used good ones from Rockler.

Curious on the first pic, is that a T-Ruler? Looks awesome and of course 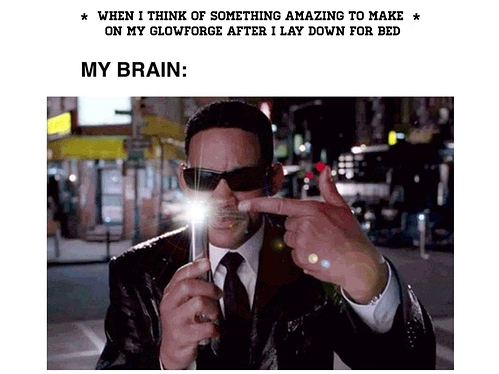 I need to crash but gotta save links first

is that a T-Ruler?

Yes! do this right and you can mark/place stuff down to a 64th or so.

Crashing now, but thank you. Gonna make this in the morning.

With or without the alligator skin layer?

I printed them without the skin bc i forgot to turn they layer on. Once they were burned, the tray wouldn’t sit flat. It seems as if my tray is about 1.5mm wider than the boots will allow.

I also noticed that the silver bare metal strip on the far edges also made the boots sit at an angle.

I created a v3 as a test. I adjusted for the bare metal strips on the outside and took a little off on the inside. It fit but i need to adjust it more and try again bc of the kerf.

Is this something you dealt with or thought of when working on the boots? I would think the trays would be pretty identical. Even closer than a tolerance of 1.5mm.

I will use the skin on the final version. If a smaller version works for me, I’ll send it to you for approval.

I created a v3 as a test. I adjusted for the bare metal strips on the outside and took a little off on the inside.

I’m sure they alter the machine’s construction over time, so your machine is probably a newer revision. It would be great to have an alternate version available for folks with a machine like yours. Tweak away!