So… after we finally got our porch rebuilt, it was time to put some new house numbers up.

we looked at some numbers online and in home depot/lowes. we liked a few, but nothing was quite right. and i hate the idea of seeing visible nails/screws, which all of them seemed to have.

so time to pick some fonts and make my own numbers in acrylic. we decided on some shaker style for the details on the porch, and I ended up choosing P22 Arts and Crafts for the font (available in adobe fonts).

then off to HD to get the short nails, and then create a second acrylic layer, just a little smaller. used some calipers to measure the nail shank and the nail head. set up a cut for the shank and an engrave to sink the head in so the two layers of acrylic sit flush.

some cutting, some gluing, and here we go. 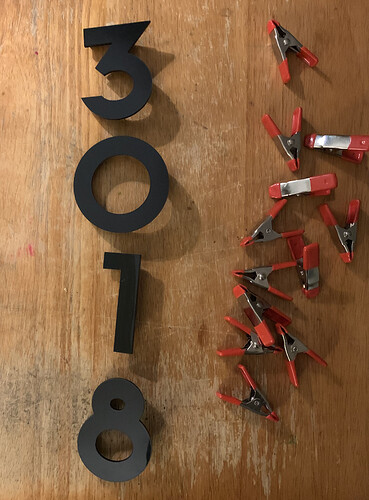 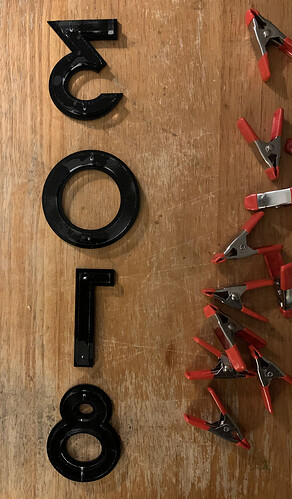 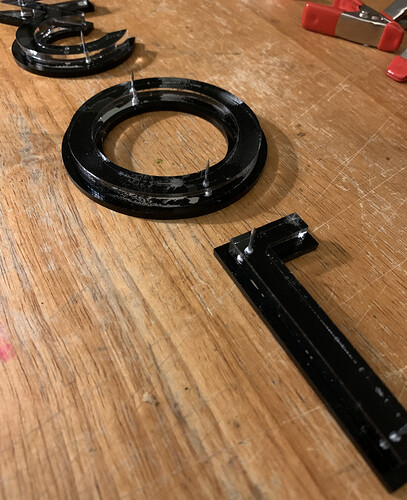 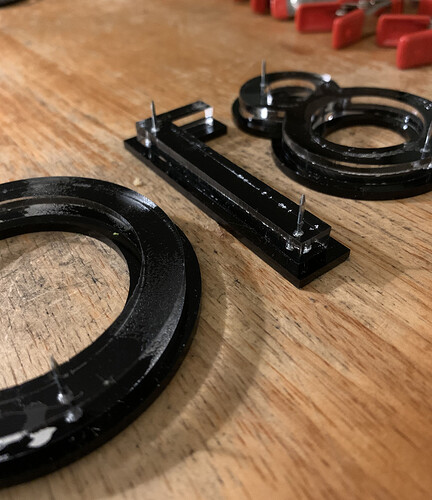 next up, time to make a jig in cardboard. four layers to accommodate the depth of 1/8" black, 1/4" clear acrylic backer, and the nails. no pics of it by itself, but here it is mounted on the house. 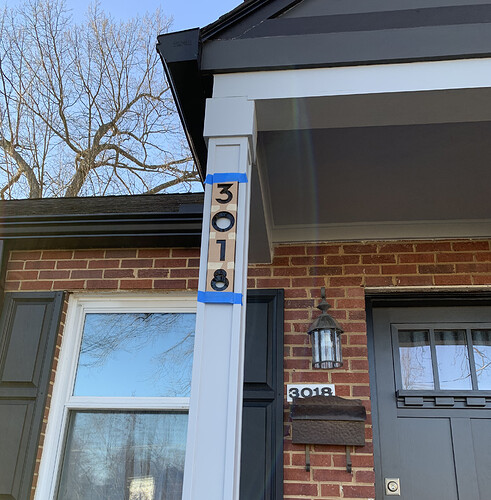 all lined up, time to do some malleting and remove the jig. 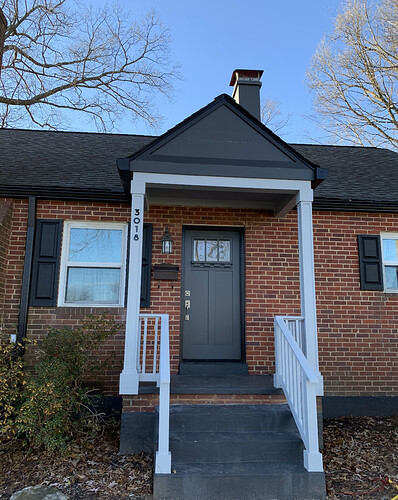 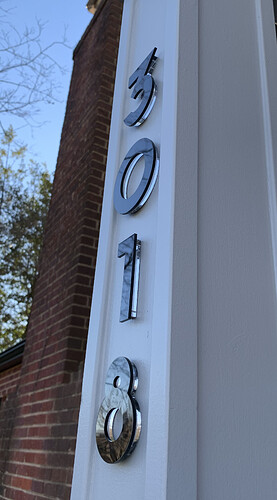 Those look really great. Now time to figure out how to light them from behind with some LEDs…

Looks great. Santa will surely get to the right house now.

hah, i brought that up and my wife isn’t a fan of the idea. but there would be some power issues, too.

nobody’s gentrifying this neighborhood. if anything, it’s become significantly more diverse. but i will say it’s the best damn looking porch on the block, if i do say so myself.

I was just referring to this: 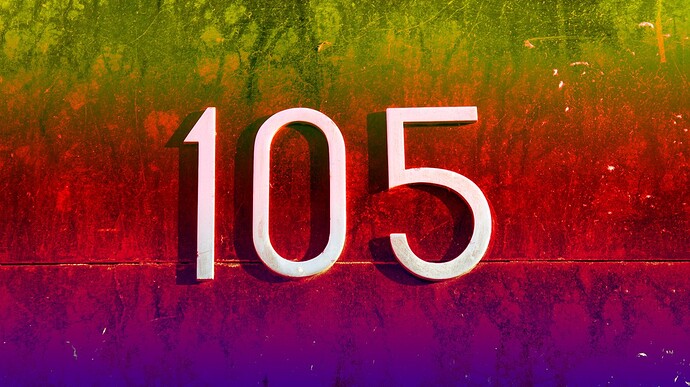 A Deep Dive Into the 'Gentrification Font'

According to a popular Twitter meme, sleek sans serif numbers are now the official look of neighborhood change.

I think we all need to go back to Mid-Century Modern look.

exactly. maybe some gentrification is finally getting a little taste?

FWIW, i didn’t use “sleek,” my font has a little chunk to it.

Like your assembly method on these. They look so nice without seeing the nails.

The ‘floating’ appearance of the numbers in the last photo is a nice touch.

Those look great! Thanks for sharing.

I have been thinking about something to do for ours.

Very well engineered! (I would have just glued them on…)

I like that font. And your house numbers add a lot of character to the porch.

Love the double layered acrylic to hide the fasteners. Was that a process of mental versioning to come up with the best way to hang them?

it was. i’ve seen where a signage company drilled and glued in nail fasteners into a single layer when they installed the logo signs in my office. i considered trying to do that, but thought the offset numbers would look a little better and make the process more stable in this case.

no, the only thing the engrave accomplishes is allowing the nail head to sit flush to the surface of the clear acrylic. once the nail is in and the back is aligned with the front, i used those clamps to hold the two pieces in position, and then flooded the space between with weldon #4.