Hi,
I’ve been doing some more cardstock experiments, and wonder if it is feasible, when wanting to make multiple copies of cutout designs in card stock, to stack several layers together and cut them all at once. Has anyone tried this? Each piece of cardstock is 0.016" thick - would it be feasible to do 5-10 sheets at a time if I increased the power or slowed down the speed?
Thanks

I’ve been cutting cardboard which has multiple layers and it works fine. Reducing the speed might make it more likely the paper will ignite though, so be careful with that. Run a test and see if it works. I’m curious if it does.

It’s really not recommended. You need to anchor paper and other lightweight products down on something like a sticky mat to keep the air assist from blowing small cutouts into the path of other cuts, or creating a serious fire hazard.

A few people have done it. It just depends on your level of risk aversion. Since I just managed to gunk up the fans on my machine doing it with some poorly applied masking tape, I’d strongly advise against it. (Non-warranty situation too.)

The tough thing (aside from fire concerns mentioned) about multiple sheets/plies/etc is that you have to increase the power to start getting through, which can impact how clean the top layer(s) are going to cut.

If you’re making something nice I think your scorching will ruin it. If you’re making templates for drilling holes sure, but those are simple and don’t take much time. As Jules pointed out, if you’re doing a lot of fine work how do you secure all of it so it doesn’t blow away or up into the laser?

other lightweight products down on something like a sticky mat to keep the air assist from blowing small cutouts into the path of other cuts, or creating a serious fire hazard.

Wondering just how you avoid cutting through to the sticky mat, and what sticky mat would be available for the job. I have been using refrigerator magnets (the flexible rubber ones) to hold down paper, but even backing with masking tape could make real problems getting a delicate design off the tape, even providing you did not cut that too and send all to the exhaust screen, flaming all the way or not.

There is Proofgrade paper? if not then would not any paper products be a non-warranty situation?

Wondering just how you avoid cutting through to the sticky mat

You don’t - you’re going to cut it up eventually. You can dial in your settings so that it doesn’t get burned very badly, but that’s why I like to use cheap plywood for a base. It’s not going to matter if it gets a little etched.

would not any paper products be a non-warranty situation?

So anything with a light spray adhesive constitutes a sticky mat? And then the question remains of what spray is good enough to last many uses and not so good that you cannot get delicate designs off of it, I am looking at cutting out a whole bunch of those earring papers in the picture, and getting them on and off could be more problems than cutting them.

At one point I was looking at getting a thin sheet of Stainless Steel @ 12 x 20 for use when the crumb tray was out, so as not damage the floor, There would still be the problem of a choice of spray but it would not be easily degraded (but would it burn the paper more?)

Don’t know, I’ve never used a steel mat. The plywood works well enough. And the adhesive used is Krylon #7020 Repositionable Spray Adhesive. It doesn’t last as long as it does when applied to a plastic mat, but we don’t want to laser on a plastic mat and when it starts to get too beat up you just give it another quick spritz.

If you’re going to cut a lot of paper invest in a Seklema mat. If not, the plywood does the job for a lot less.

If you’re going to cut a lot of paper invest in a Seklema mat. If not, the plywood does the job for a lot less.

I have not found the paper or cardboard I want to use but have figured out that I need to print the text etc in an inkjet printer and cut it out on the Glowforge and at least every pair of earrings sold will need one so I have hopes it will be a lot. I love the look of that paper but it is too thin for the job.
https://sjc3.discourse-cdn.com/business5/uploads/glowforge/optimized/3X/8/8/88829be5388ff775b8b38f135d4808be0b215e56_1_666x500.jpg

If you haven’t, look at a cricut explore or cricut make. They have an excellent print and cut workflow.

I wonder what would happen if you stacked a heavy top layer above some cardstock layers?

Right now I’m thinking 1/8” B.B. plywood on top of 3-4 cardstock layers but that’s because I have a lot of ply laying around. Maybe 1/16th ply would be heavy enough to stop flyaways while also mitigating fire risk by compressing things a bit ? I’d guess you’d want to hit a sweet spot of “easy to cut” and “heavy enough to resist the air assist”?

Has anyone tried that yet?

every pair of earrings sold will need one so I have hopes it will be a lot.

For now you’re probably best off doing what you’re doing. If you do wind up selling a lot you should ask local print shops for a quote. They can have a die made (you’ll most likely have to pay a one time fee for it) and stamp out the shape far faster and cheaper than you could. Also, do the printing.

look at a cricut explore or cricut make. They have an excellent print and cut workflow.

I did that and almost bought one, but was very put off by their business model that was far more about selling their designs and paper than machines, Glowforge has the smell of the same, but stops short of insanity where they do not…

I hear you there, but buying their designs is totally not necessary. I never bought a single one, and would upload svgs just like we do with GF. In fact the cricut prepared me almost perfectly for GF, and gave me a huge head start in terms of how to use it once it arrived.

I got all my materials from amazon and or michaels, just like I pretty much completely ignore proofgrade. It’s really very analogous, and the cricut UI is way better than the GF UI in terms or being able to do light design in it. Granted, again, I wouldn’t use it as such, but it was a possibility to add primitives in the ui if you wanted.

Bonus: the cricut is also a pen plotter, which is pretty slick.

Now the bad: you’re locked in on their sticky mats really. There are diy options, but in my experience the cricut brand mats are far and away better than third party routes. That being said, I find that if you take care of them, the mats have a good bit of longevity.

Blades, too. Cricut blades are better than third party blades I tried. The carbide blade lasts nearly forever if you are cutting paper, so it’s not that big of a problem.

And lastly: once you have the gf, the need for a cricut decreases. I don’t use mine much anymore, but if I were going to do a project with lots of cardstock or fabric, I’d probably start with the cricut first.

Perhaps I should reconsider. I have a great deal of 4-oz soft copper flashing and a bit of aluminum as well, neither of which is much good on the Glowforge, as while Puff can cut leather, (as it can paper)the result is quite smelly afterward. The last question I never got a good answer to was just how heavy a material can it do? Not able to do the 4oz copper would seriously reduce its usefulness,

I have been working on an idea to press the copper into negative shapes cut by the Glowforge, even perhaps embossing letters etc in the cardboard, but that would entail a steel frame and hydraulic jack and rubber(pretty much all of it) that I do not have as yet.

Take a look at the Make model, it’s designed for heavier materials. There’s probably a forum somewhere about this stuff like we have here, but I am not sure.

Some of the struggle for me in terms of the Cricut is that it’s aimed a lot at the scrapbooking crowd, so my interest in in 3d structures and geometry made me a bit of an outlier. Judging by the youtube videos that people put out, the average cricuteer seems to be a bargain-obsessed crafter (seriously these are a thrifty bunch, it’s kind of amazing), but it’s capable of a lot more than that.

Cricut is that it’s aimed a lot at the scrapbooking crowd, so my interest in 3d structures and geometry made me a bit of an outlier

Yes, that is what put me off in the first place, I am outlying in the same way. the soft flashing is used wherever two roof planes meet as it is best to shunt water away, so builders use a lot of it and when the job is finished sell the leftover for scrap. The copper can be joined with an acetylene /air torch and Phoscopper that has a few percent phosphorus in it that quickly boils away leaving almost pure copper (though silvery if polished it takes a patina indistinguishable from the base copper. If you wanted to do more 3d that is a way,! 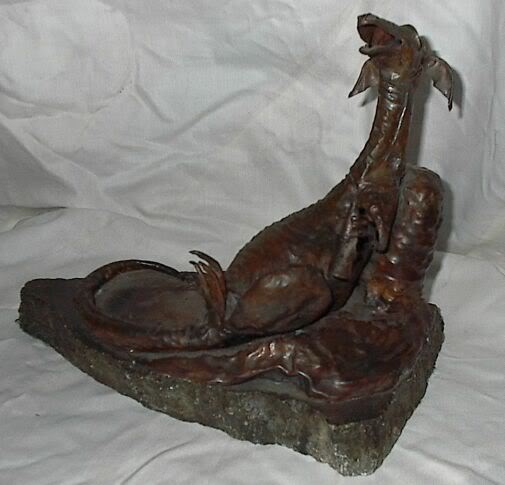 Whoa, that’s pretty cool. The Make is a much burlier machine than the original generations, not sure if it’d be able to cut it or not, but if you try it I’d love to see what comes of it.