I’ve been patiently waiting for a glow forge for a couple of years. I’ve been on the fence due to constantly evolving software, and the fan debacle. The literature made no mention of needing a team of three to change a filter. And I’m still not comfortable with what I’m reading not only here, but on Reddit, where you can’t just delete stuff.

Given that my intellectual property travels over the public internet to Glow Forge servers I have some questions to Glow Forge about that:

I asked you this privately and you did not respond. I’m asking publicly as I’m about to reject this product. It has been three years and I get the sense you are still evolving this product. Given your record, I expect this is a question you have not thought about. Its certainly one you refuse to answer.

Anyone else wanting to buy an unused machine … stay tuned. I may well accept the shipment and place it directly on E-BAY. I’m not enamored with the support issues I’m seeing and I’m expecting the same non-response I got in private.

I’ll include the so-called compensation stuff they added.

What can’t you delete? I delete stuff all the time.

What can’t you delete?

I believe the OP is implying that GF staff deletes unfavorable posts on the forum.

I believe the OP is also implying that Reddit is a source of reliable information.

I’ll let you decide what to make of the juxtaposition those two things.

Also, @mikecarrick, you’re about to get a Jules reply, which will be kind and thoughtful, but in the meantime, GF staff doesn’t watch this topic (Everything else), and your message will not necessarily get to them. You should be posting queries for staff in problems and support. They watch that category.

Ahh, I read that wrong. I thought it meant we supposedly couldn’t delete our designs. I need more coffee.

And I’m still not comfortable with what I’m reading not only here, but on Reddit, where you can’t just delete stuff.

i’m not sure i’ve seen any evidence that they delete stuff here. maybe abusive posts. or something that violates the rules of the forum. but i think it’s quite uncommon. there are plenty of posts here that are negative toward GF that are not deleted or censored.

Ok. That’s an interesting revelation. Thanks.

I’m slightly surprised that there are not more inquiries related safeguarding intellectual property, given how many of us have been hacked through a vendor. Reddit may not be more reliable, however it’s a forum that can’t easily be tampered with. As to implying that GF staff deletes unfavorable posts on the forum, you could read it that way.

I’m simply stating that I’m not reliant upon their version of this tale.
That’s what happens when trust is lost.

But thanks for responding.

is there something they can say that will make you reliant upon their version? i guess i’m not sure you’ve given them any room to give you an answer that will satisfy you.

The only deletions I’ve seen are users who have deleted their own posts.

Hmm is any of this addressed in the terms of service?

i’m not sure you’ve given them any room to give you an answer that will satisfy you.

Which they won’t anyway, since they don’t monitor this area.

we could go on and on about that …
or return to the Cyber Security topic.

Nobody has any concern that there design will wind up in someone else’s hand, then?

I can’t be bothered to read the whole thing, maybe someone better at lawyer can sum up?

[I am mostly playing dumb. Read section 2. It answers at least parts of your concerns about rights.] 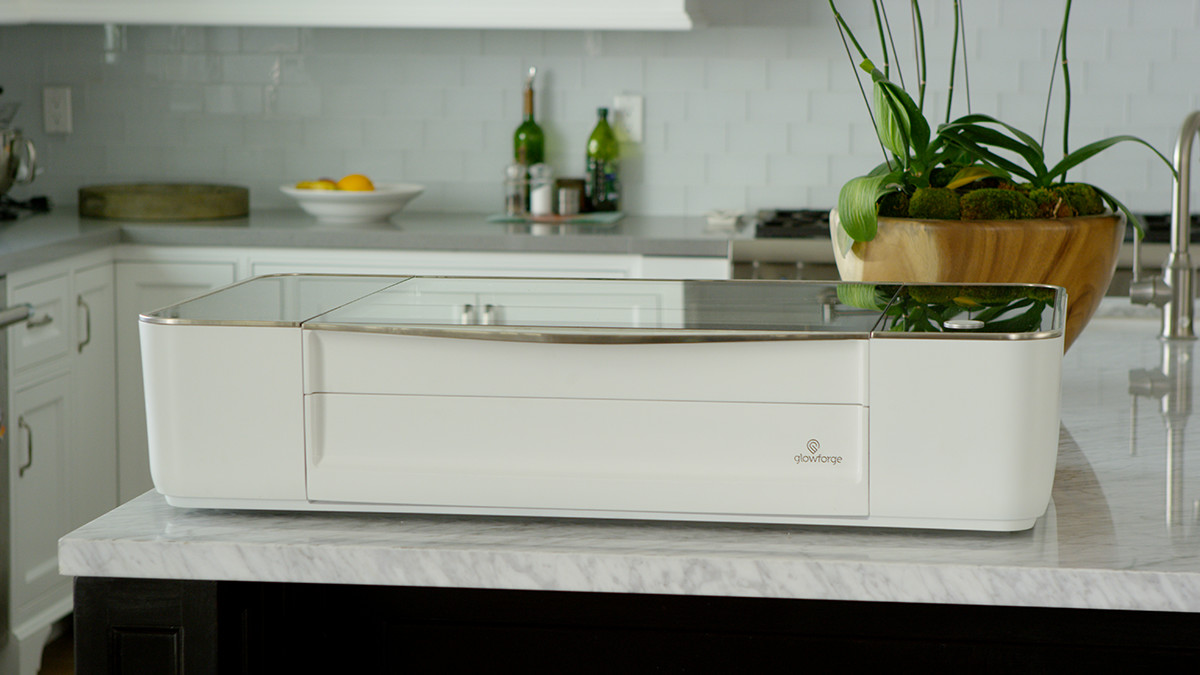 Given the numbers of machines and users they have around the world, I doubt they really have time to be browsing through our individual files looking for things to steal. But then I tend not to be the paranoid sort.

Nobody has any concern that there design will wind up in someone else’s hand, then?

Well, I used to worry more back when I was designing and prototyping classified weapons parts for the Pentagon on my Glowforge, but I stopped doing that, and now just mostly engrave pictures of cats. So, not really.

The idea that someone could access my designs has crossed my mind in the past. I don’t think Glowforge would actively steal and sell my designs to others. But the GF servers could theoretically be hacked, and then someone would have access to my designs.

I assume that GF is leasing a fairly secure server system, from someone like Amazon or Google, or IBM, and that they have not created their own servers in-house. It’s a pretty big assumption, but I would be REALLY surprised if that was not the case. Which does give me some reassurances. I keep my designs on Google Drive. If I’m ok with that, then I’m probably ok with the GlowForge server.

I also don’t earn a living from my designs, they are a hobby. So even if someone took them all, it would not ruin me. So my concerns may be less than other people who live from their designs.

I think your questions about cyber-security are valid.

Also, I use Fusion 360 to create a lot of my designs, which is also a cloud based tool. I have not asked them what their cyber-security policy was either.

We do know that the support team can see everything that we do, because they make use of that in their work. Are there some kind of procedures and technologies in place to keep the staff from misbehaving? I sincerely doubt there is anything preventing that besides a rulebook and the hiring manager’s intuition. I’ve never even worked at a company that did a good job of protecting their own IP, much less anyone else’s!

As far as I know the company has given us no information on their security procedures or certifications. I am sure they are making a good faith effort to keep our files private but I will be very, very surprised if you can get any details beyond that.

This is a fair question and we all have different risk tolerances. If your risk tolerance is very low, this is probably not the right tool for you.

i believe it’s come up before. i know at least one person said that they wouldn’t be using the GF because of client-related restrictions.

like others above, i don’t use the GF to make my living either. it’s a hobby that i may make a little side cash on. it’s not a huge concern for me.

is your issue that you’re worried that someone will hack the servers, take the designs, and make them to sell competitively against you? is it a client-related issue? or just a general cyber security “i don’t want people in my stuff” issue?

regardless, if designs being stored in the cloud (pretty sure it’s AWS) is a real issue for you, i’m not sure GF will say anything that will completely satisfy you. that’s not going to change, the software is cloudbased, so the data is going to have to, at some point, pass into the cloud.

HAHA!!! That was a spit soup out at lunch and truly LOL moment. Thank you!