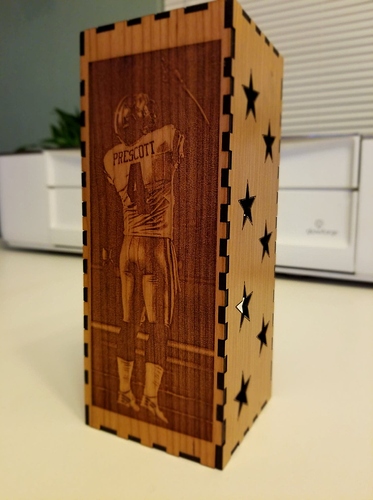 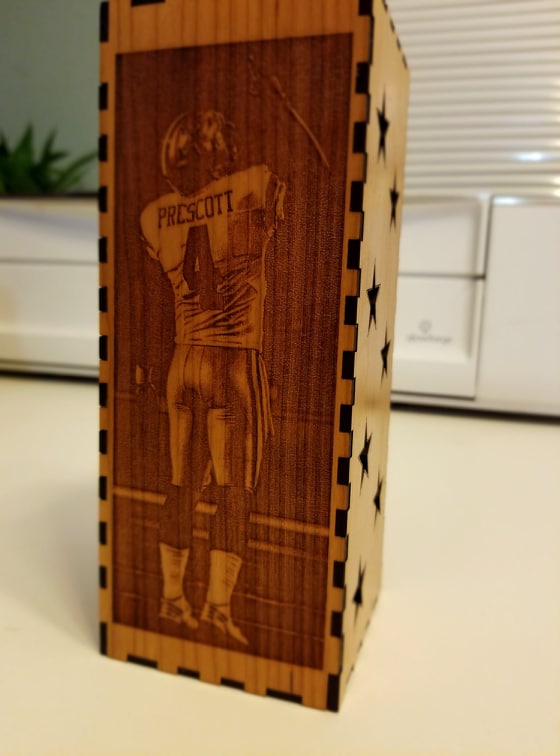 Dallas cowboys shadow lamp. this was my first real project after getting my glowforge. It came out pretty legit in my opinion. I think I could’ve done a little better on the engraving considering it took 2 hours to print. I do have a led light inside of it which projects stars on the walls

Nice lamp! I’ll bet it looks cool lit up.
I think the engraving looks great! It can be hard to predict how a color image (which I assume this was) is going to engrave. It’s all about the contrast. I’m thinking you might get an idea by printing the image on your regular printer in black and white. That would give you an idea of which areas might need more contrast, and maybe which background elements need to be removed altogether.

I was wondering if those long vertical lines might be cut all the way through highlighting te image as well. It is an interesting look.