My laser finally arrived… after the outlook had me receiving my unit end of January, I upgraded to pro, and it landed just in time for the holidays. Just in time for Yule.

Arrived with all 4 handles (though 2 were broken), and intact tape. However, even though UPS had 2 people, the driver still decided to carry it himself, upright and on an angle to my door. Ugh. 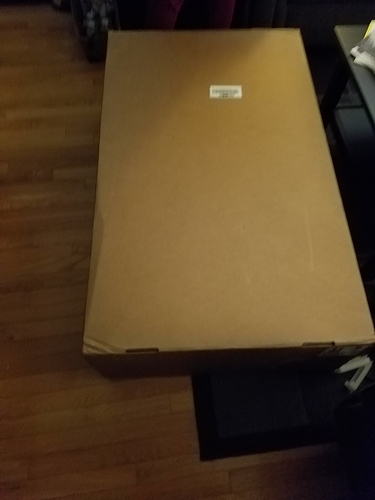 Setup was super easy, and she looks beautiful in her spot. 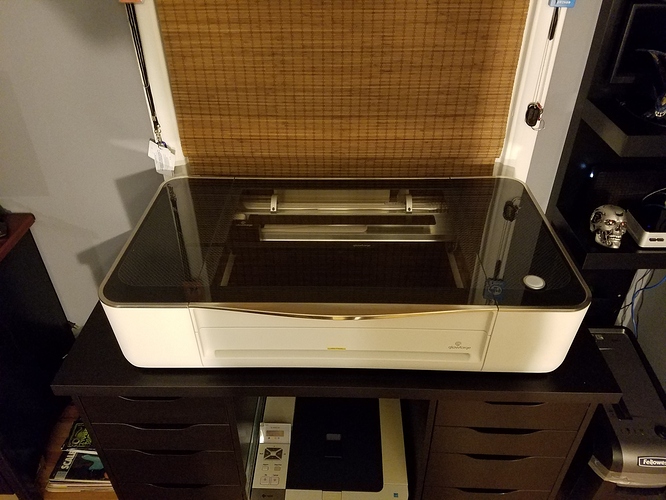 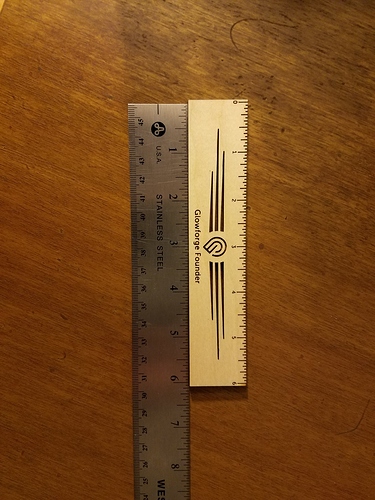 Tomorrow I’ll put it through more of its paces.

DarkForge was on my short list of names too. I went with BlackForge instead to match the name of my fabrication company.

Congrats! Is the Founder ruler in the catalog? I never got to make one because I can’t find the file anywhere!

Is the Founder ruler in the catalog?

For me it was right next to the keychain ruler when I opened the App.

Ah, yeah mine isn’t there. No biggie! thanks.

I think there have been a few people who didn’t have the ruler in their catalog. You can create a post in Problems and Support and they’ll add it to your catalog for you. Making one is a rite of passage, so you gotta ask.

Well, first print after the ruler, I decided to jump in with both feet and do a full sheet of double sided ornaments for a party tomorrow.

I’m super impressed with the quality on these. 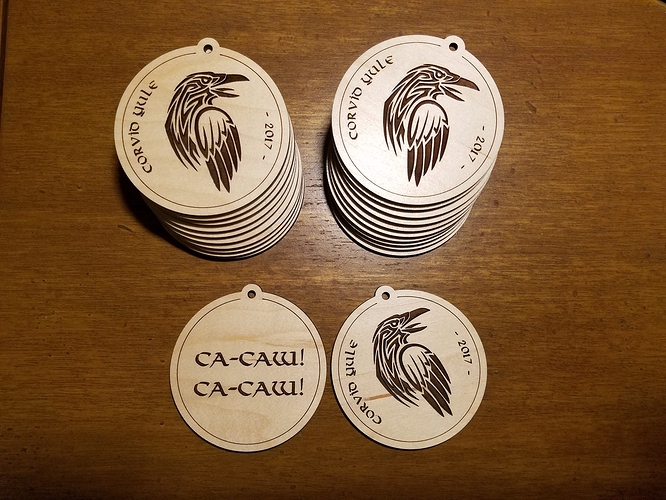 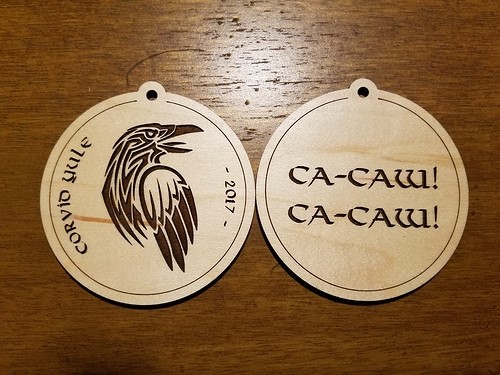 Nice, good for you. I kind of wish I had pulled the trigger on upgrading. I think I let my disappointment with delays get the better of me. I still have faith in how amazing this tool will be when it arrives. Everyone’s posts of what they have made have been amazing.

It took me a long time to decide to upgrade. In the end, the speed at which pros were going out made the decision for me. When Pros edged out Basics in the campaign day that they were fulfilling, I pulled the trigger. But even then I dithered a lot.