I made a box! My daughter suggested going to MakerCase.com for an easy design (no hinges). I easily created a 4 inch box, but I wanted to personalize it. I struggled with Inkscape for a while, then went to Google docs, opened their version of PowerPoint, typed out “bits &”, copied it a bunch, then played with fonts. I then printed that out, put it in the GF to scan, then copied that and filled the sides of the box!

Eventually I will learn Inkscape, but it’s nice to know that I can do it an easier way that I’m more comfortable with. 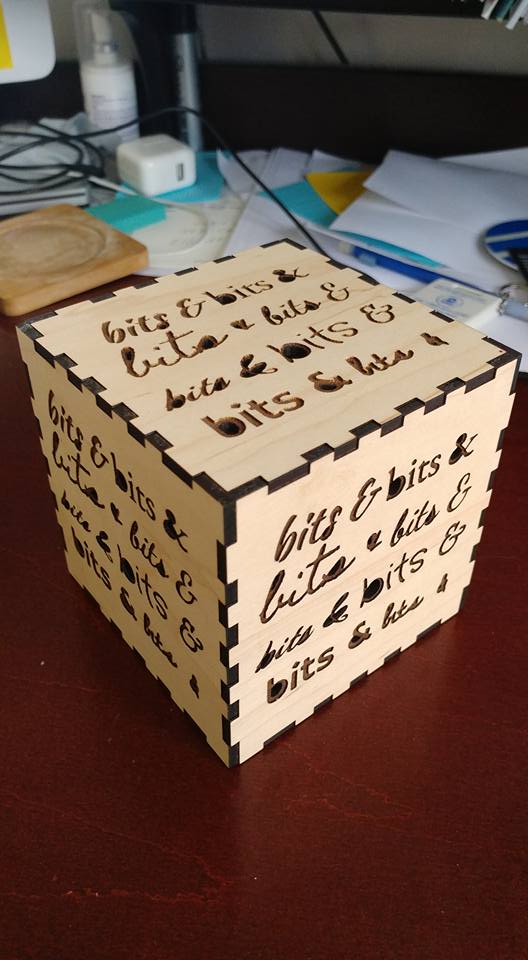 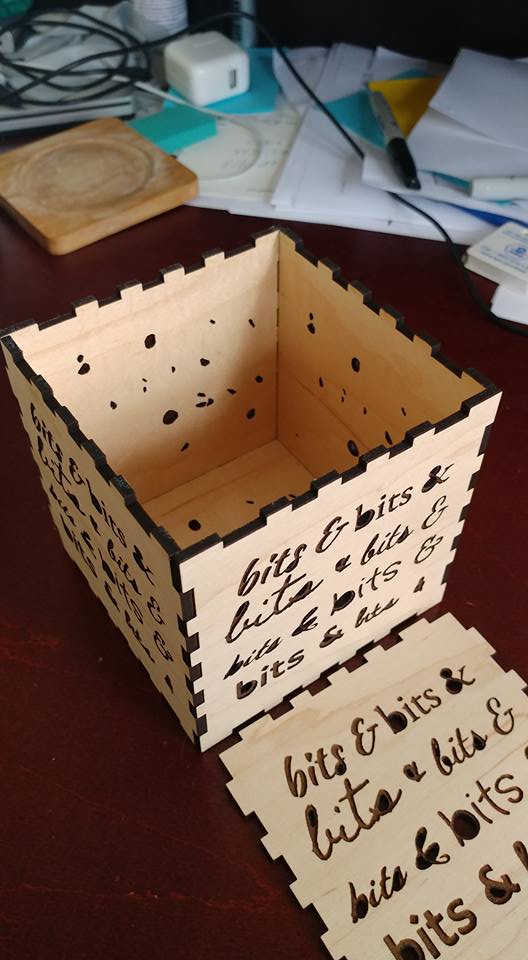 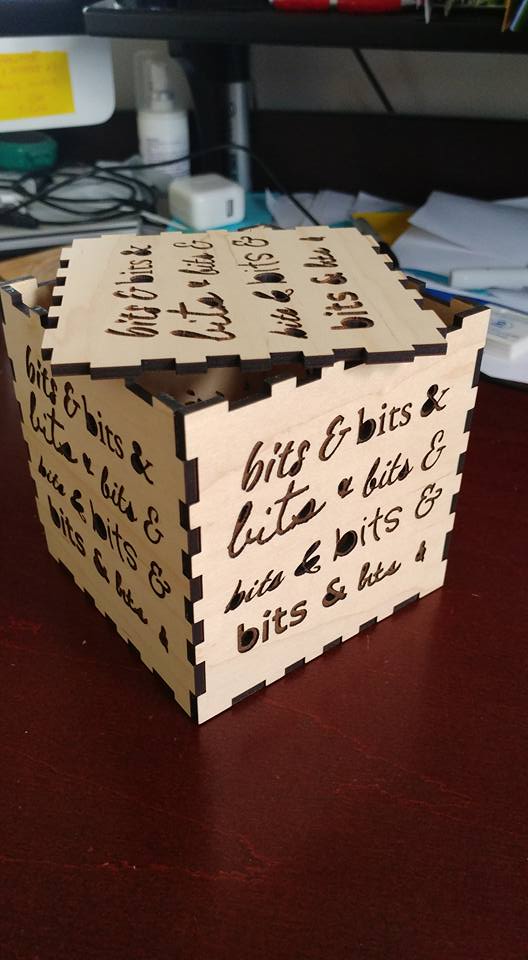 A box of bits for storing bits! (Cute idea!)

I’m sure you were thrilled with your project. So much fun to be had!

Nice! In inkscape just use the text tool and type it out. then with the text selected - ‘Path/Object to path’ and you are done.

Before the Glowforge, I never would have thought I would get such pleasure from making boxes.

And a fine little box it is! Careful, making boxes on a Glowforge is addictive.