So I got some sample sticks of ipe wood (aka ironwood) at my local lumber shop. It’s way out of spec, at .3 inches and extremely hard and dense.

First step, cut it down a bit with the passthrough. I took a wild guess at 100/Full (Pro). It definitely worked. 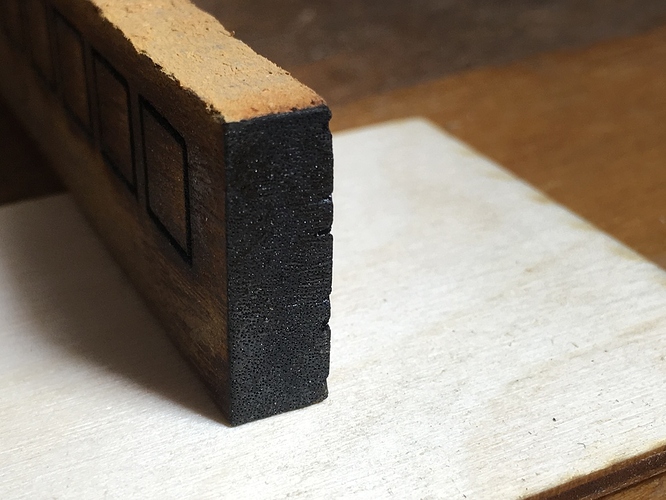 Then I tried to dial in a cut that wouldn’t char much, and found it at nine passes at 230/Full: 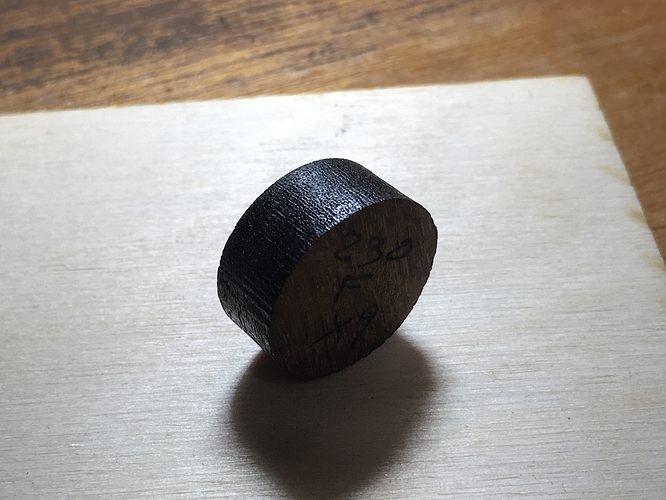 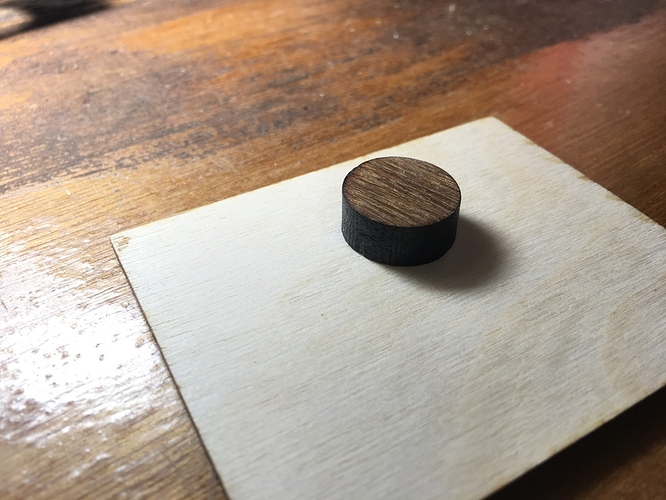 The cut surface is a super hard shiny black, almost like an enamel. I figure it’s a polymerized sap. I tried to sand it off and it didn’t want to move at all. This stuff is very very strong.

So these settings are probably useless to anyone but the thing that I think is noteworthy is that ipe’s cut surfaces are really cool.

Actually not useless to me! I’ve got some Ipe scraps from when our deck was built but figured it was too hard to laser. Thanks!

It’s astonishingly heavy. I had my doubts, but the laser just ripped straight through it.

I bet it will engrave amazingly, I’m spread too thin tonight to get around to it. The pieces I have are a little rough-hewn, so I will have to spend some time and effort to sand them before I try any more. Given how hard and stable it is, I bet it would be amazing for woodblock printing… heck I would even make an embossing die for leather out of this. It’s bulletproof.

I wonder if they make guitar fretboards out of ipe?

Cool! I tagged that with settings for you, it’s something other folks are going to want to try.

The only thing I’ll say about my settings is that while they worked, they are janky. Keep in mind that this is a “too thick” piece, I set focus to .250 and the piece is .300+.

I didn’t bother trying to pull out the tray to do it, so I probably was operating sub-optimally, and definitely operating outside of spec trying to cut something this thick at all.

That’s why we’re here in BTM. Remind me to tell you about adventures in foamcore sometime…