The idea of an hours meter for the GF has popped up around here a few times, and should be theoretically relatively simple to implement in the GFUI. But who knows when that’ll happen, so in the meantime I hacked together a rough-estimate meter with some cheap parts off eBay. It’s based off a sound-activated relay, which when triggered, delivers 12v to a basic hours meter. The sound trigger sensitivity is adjustable; I was able to tune it so that it turns on when the GF exhaust fan is at high speed, and not when the GF is idle or calibrating. So it provides a fairly approximate measure of laser time. Ideally you’d start this counter when your GF is new, but even if you don’t know lifetime use it can be useful to know intervals for cleaning or other maintenance. Note on the microphone for sensing sound level; originally I had it flush mounted right in the box with the circuitry, but found that the noise of the relay actuating would trigger the sound detection, creating a “loop” whenever the unit was trying to turn off. So I had to move the mic outside the case and just let it dangle next to the GF. 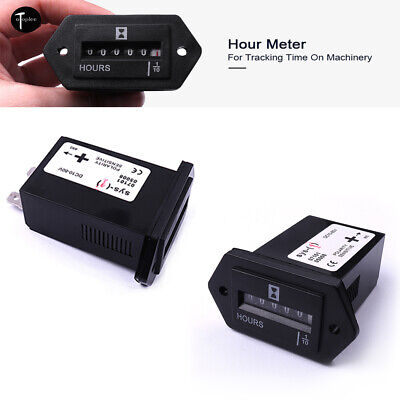 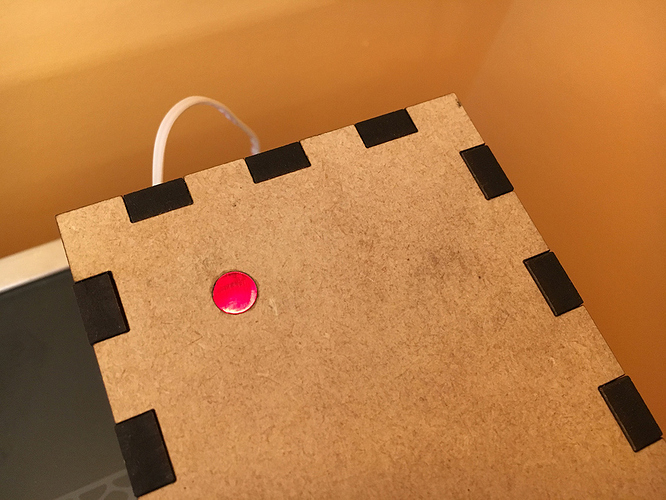 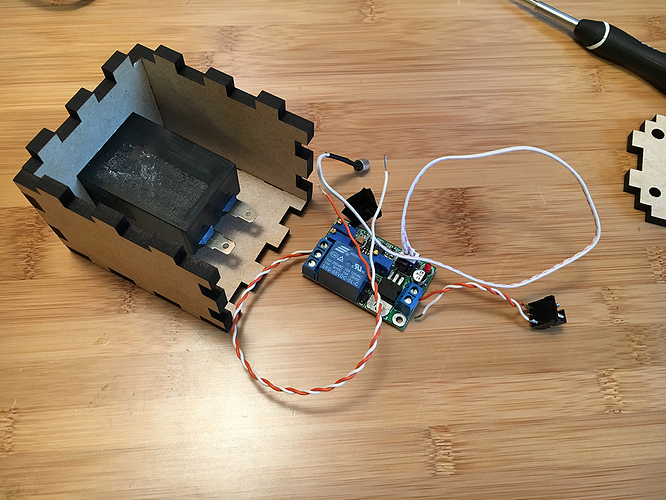 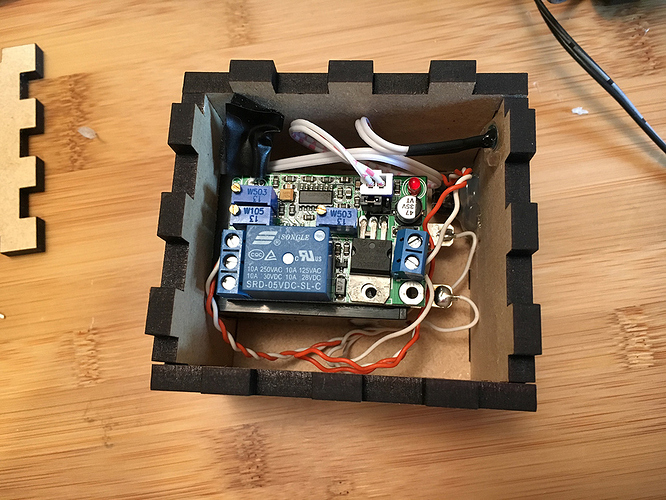 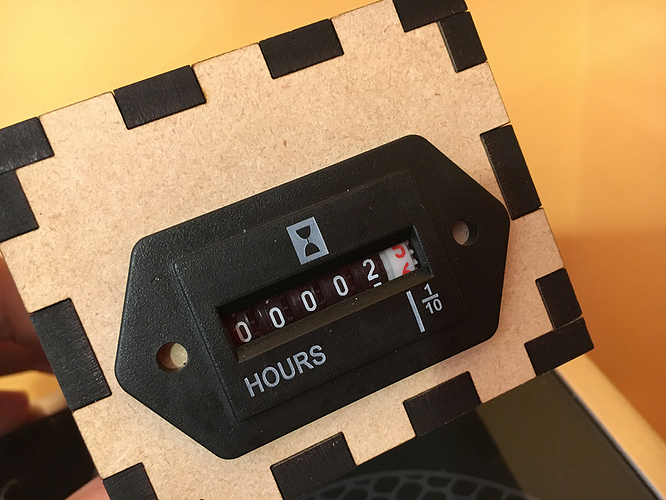 How cool that you used the GF to make a case for your GF timer!

Great solution to a common question!

what did you choose to power this little thing? Wall wart? regular batteries?

12v DC wall wart, though both the meter and the circuit have a pretty wide input range (10v-30v as I recall).

Nice way to attack the problem without needing to enter the guts of the machine.

Another meter I didn’t even know I wanted!

Yeah, this is the third “superfluous hours meter” I’ve set up around my house. It’s pretty useless but somewhat interesting to know I’ve driven my car 244159 miles in 6058 hours.

Very interesting idea and could measure more than the Glowforge number hours your car has been running would be better than miles between oil changes particularly in long commutes that are always the same miles but the hours could vary widely.

As for Glowforge time there is one source that knows very precisely how much time you have spent with the Glowforge running. The big question is if they saved the data, or tell us if they did.

@dan ? How hard would it be to put the data in a box in the GHUI.